ZZ Top Of The Pops 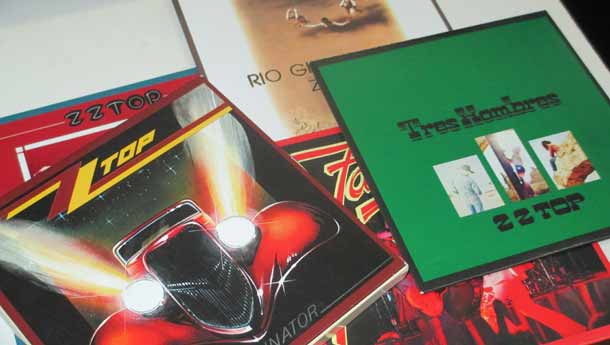 Imagine watching the video Legs as an impressionable young man. These were the days before MTV was launched in India and the folks who would invent YouTube were perhaps still in their diapers. Heck, for us, there was nothing called the Internet! In the 1980s, there used to be a half-hour programme called Hot Tracks on Doordarshan – 30 minutes of music videos. What videos! What music! Today they are all classics and they don’t make music like that anymore. Anyways, I am digressing.

The video for Legs had three key elements – a hot rod, three talented musicians (two of them with an excess of facial hair) and of course, hot chicks. These three core elements were stitched together by the most awesome guitar riffs, pacy drums, gruff vocals and great lyrics. I was introduced to the world of ZZ Top.

Off and on I listened to their music, though they never entered my ‘Worship’ list of musicians. Then in September this year, I got a chance to buy a 5-CD set of their old albums (and lots of other CDs, of course). Er, yes, I still buy those shiny discs and cause huge damage to my bank balance as a consequence. To me Limewire is what you use to hang limboo-mirchi to your car.

Managed to listen to all the five ZZ Top CDs and I was hooked – heck, what have I been missing all this while! Okay, so what is the motoring relevance to it? Well, if you don’t know, hot rods and cars are integral to ZZ Top’s music and persona. The band’s lead guitarist and singer is a guy named Billy Gibbons who is a major hot-rodder. The whole hot-rodism to ZZ Top simply took off when Gibbon’s Eliminator coupe starred in the Legs video as well as Gimme All Your Lovin and Sharp-Dressed Man. The Eliminator started life as a 1933 Ford Coupe before getting the treatment and, oh yes, a Chevy V8. Also it wore the ZZ Top logo that’s become a trademark of sorts. And sometimes in the videos, the band members usually leave a ZZ key ring behind.

I don’t know what came first – the Eliminator coupe or the Eliminator album, which brought ZZ Top worldwide fame. But the Eliminator is not the only one of the cars. Gibbons’ cadZZila is another one that took the custom car world by storm; in fact it was even showcased at the 2010 Goodwood Festival of Speed. Gibbons has several more, notably the Slampala and Coup De Grace. His coffee table book Rock + Roll Gearhead has stuff on all the cars and his guitars too. As expected, many of ZZ Top’s songs have lots of automobilia in them. Some of them include Chevrolet, She Loves My Automobile, Manic Mechanic and more!

The band is from Texas and their music is a kind of bluesy rock – not a genre which I was familiar with, but it is great to listen to. It hits the spot, like the way a big, fat burger with fries would do. ZZ Top has just released a new album called La Futura which I gotsta get my hands on. Here’s a link to the video of one of the songs from the new album called I Gotsta Get Paid: www.youtube.com/watch


Yes, the same formula: three fantastic hot rods, three hot chicks, these three talented musicians... and don’t forget the ZZ key ring! Oh, and here’s a nice piece of trivia that is the height of irony - Billy Gibbons and Dusty Hill are the bearded ones while the non-bearded drummer’s name is, believe it or not, Frank Beard! Keep rocking, guys.

Oh and it makes for kick-ass driving music too.