Zest From Tata Motors Gets More Than 10,000 Bookings; 3 Months Waiting for Diesel AMT

Tata Motors is on cloud nine as their debutant Zest is churning decent sales number. The car, as per the tweets done by Tata Motors, has crossed the booking of 10,000 units which further gives rise to waiting period. As per the automaker, Zest attracts a waiting period of 3 months on diesel AMT while the petrol model is under 4 to 6 weeks of waiting.

Zest from Tata Motors was launched on 12 August with a starting price of Rs 4.64 lakh and within such a short span of time, the home grown manufacturer managed to score pretty impressive sales numbers. Tata Zest sports many segment first and best in class features such as Alloy Wheel in base variants, ConnectNext touchscreen infotainment system by Harman and several others. The automaker is offering Zest in five trim level – XE, XM, XMA, XMS, XT. The petrol model does not gets the XMA (AMT-equipped) trim as the AMT is only available in diesel model. 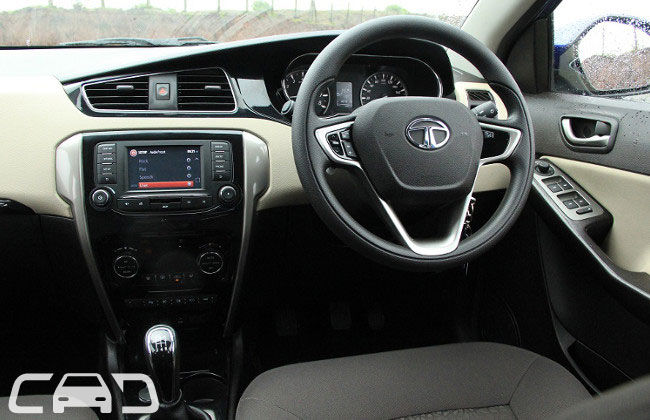 The compact sedan also embraces projector headlamps, day-time-running-LEDs and LED taillamps. While under the hood, the car is offered with a new 1.2 liter Revotron Turbo petrol engine. The 1193cc MPFI turbocharged engine churns maximum power of 88.8bhp with the peak torque of 140Nm. The engine is mated to a five speed manual transmission and sports segment first multi-mode drive – SPORTS, ECO & CITY. With a flick of a button the ECU (Engine Control Unit ) is re-mapped according to the pre-set settings.