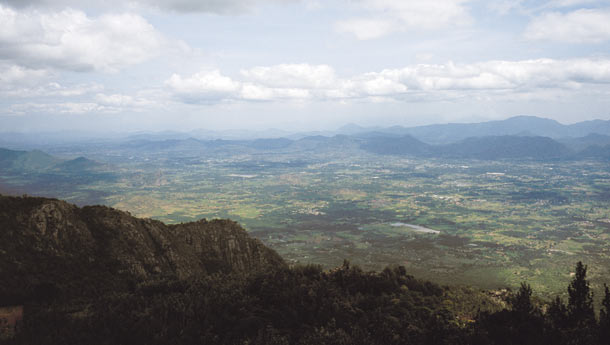 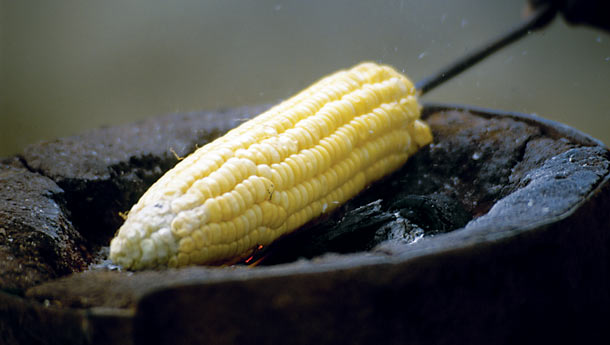 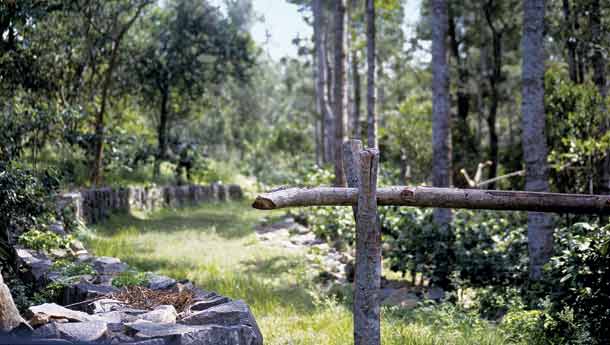 I’m a fellow who likes to err on the side of caution. This, as you might well point out, is a seemingly antithetical trait in someone who travels for a living, given the unpredictability of life on the road. Let’s face it, any sort of travel is usually fraught with risk, and the only reason that we continue to do so is because we’ve become rather good at pushing this fact deep into the depths of our minds. I, for one, try and minimise risk to as large an extent as possible. I always pack more clothes than I’m ever likely to need, for example. I carry enough first aid materials and medicine to bring relief to a war zone. I never let a fuel gauge drop to less than a quarter tank, topping up at the first pump I see. Wherever possible, I book a hotel room well in advance, no matter how small or off the beaten track a place is. I like to call myself well-prepared, although I’m aware that it sounds more like ‘paranoid’ here. Nevertheless, this system has served me well for years, so it’s unlikely to change anytime soon.

Wait a minute, back that up – I actually did change it a bit for this particular story. I’ve often toyed with the idea of going to Yercaud, but have always been discouraged by the less-than-effervescent reactions of people whom I’ve asked for opinions about the place. Most of these have had to do with the omnipresent ‘things to do’ factor, or rather the distinct lack of it. If they were to be believed (and I did believe for a while), Yercaud was the sort of place where insomniacs would instantly be cured of their affliction. A friend said (and I quote) ‘They have a small pond there that they call a ‘lake’. Have a look at it and go back home.’ With this kind of box-office feedback, perhaps I shouldn’t have been surprised that I hadn’t ever bothered going there. This time, however, I told myself that I’d make the trip, pond or no pond (and... gasp ... I didn’t even book a room in advance). After all, how far would I get if I tailored my travels around other people’s views? And isn’t not having much to do the whole point of a holiday?

The thing about Yercaud is that it’s got itself (or been given, I’m not quite sure which) the somewhat unfortunate description of ‘the poor man’s Ooty.’ Given the state that Ooty is in, that pejorative conjures up some pretty frightening visions of noise, degradation and filth, which can’t do its chances much good. There’s also the ‘other’ hill town of Kodaikanal, which occupies second place on the podium, with Yercaud being relegated to a barely- noticed third. The odds are stacked against the place, and since I’ve always been one for the underdog, I told myself I’d give it a fair go.   Frankly, I can’t understand why Yercaud’s been given the old step-motherly. Driving up from the bustling textile town of Salem (from where it’s only 26 km), I realised that the road is, if anything, leagues better than the approach to Ooty. There’s not much traffic on it, the view over the plains is great and there are 25 hair-pin bends on which to have some fun – I wasn’t even there yet and things were already looking good. Motoring into town did nothing to change my opinion, either. It was clean, quiet and looked promising as a place to spend a couple of days doing not especially much. I went over to the Tamil Nadu Tourism hotel which, like almost all state-run hotels, occupied the choicest spot in town, bang next to the lake (and it was really a lake, not the aforementioned ‘pond’). Unlike most such places, however, it actually looked like it was fairly well cared for.

‘Right, so what should I be seeing in Yercaud?’ I asked the man at the reception. ‘Sir Lady Seat Gents Seat Montfort School Big Lake Small Lake Anna Park Killiyur Falls Botanical Garden Grange House Servarayan Temple and so many other things.’ He hadn’t so much volunteered information as gunned me down with it, but he was a jovial man and seemed genuinely interested in doing his bit to make my Yercaud sojourn a memorable one. Now, I wish I could tell you that I’m presently going to fashion an offbeat tale out of the time I spent in Yercaud – you know, a bit of off-the-wall humour, some tidbits about places nobody goes to, interesting characters I met, a little reflection on the vagaries of life, things like that? Well, I’m not. I’d be fibbing if I said that all sorts of exciting things happened to me there. Yercaud is a really small place, I acted like a typical tourist and went to all the touristy spots and I still enjoyed myself thoroughly – so here goes.

The first thing you see when you walk out of the TTDC hotel is the lake, which is both the literal and figurative centre of life in Yercaud. It’s a nice little water body, much cleaner than most other hill station lakes that I can recall, and with an unhurried air about it that’s most appealing (the same can be said of the whole town, actually). If this had been big bro Ooty or Kodai, the place would have been awash with yelling tourists, defecating horses and badly-behaved little children. Instead, here you can actually wander around unmolested by any of the above, munching on freshly roasted corn and taking a short (and very reasonably-priced) boat ride if you so desire.

Having been to boarding school myself, I have a deep affinity for all such institutions, especially old ones. Yercaud has a really old one, the 1917-vintage Montfort School, to where I headed to try and have a look around. The graceful old building was set among well-manicured grounds and I would have got some great photos… that is, if I had been allowed in. The surly little *&%@ of a security guard wasn’t having any of my cajoling, pleading and Press Card flashing, not even to go inside and seek official permission. ‘How can you be a journalist? You’re wearing an earring!’ he said with a mixture of shock and disgust. I honestly had no answer to that one (what could I have said? ‘Hey, at least I have my health?’), so I crossed the road to see if I could find something else to explore.   I found it all right. Partly-hidden away from the average traveller’s line of sight was a beautiful old church (153 years old, going by a plaque on the wall) which was being given a coat of plaster by a motley bunch of workers – they all seemed to be from the same family, judging by their easy banter. There wasn’t a soul there apart from us, which gave me pretty much free run of the place. Unfortunately the door into the church, a massive wooden number with an even more impressive key-hole, had been locked, so I contented myself with wandering around the small cemetery. There were some beautiful old tombstones there, including a poignant one paying tribute to three members of a British family who died on the same day. A huge bell was mounted on a height adjacent to the church itself, and I almost succumbed to a temptation to give it a good clang, but thought better of it when the workers eyed me warily.

After a tasty lunch of road-side egg paratha (which I shared with a couple of persuasive dogs), I decided to drive around and see what else the town had to offer. If you’re the slightly jumpy sort who needs constant stimuli in order to make it through the day, well, it doesn’t offer anything. I’m not very jumpy, however, so I took delight in driving down random paths and lanes, sometimes discovering yet another lane to go down, sometimes having to turn back. A number of old Brit-era cottages and bungalows still stand in Yercaud, although not all of them are occupied. I found a really fine example and decided to be a bit adventurous, climbing over the padlocked gate and peeking through the windows. The place looked like it had been locked up since the mid-1800s, but it still had all its grace and dignity intact. A family of dogs appeared to be the only occupants, so I thanked them for letting me look around and went on my way.

Later in the evening I drove up to Pagoda Point, which the locals call Pakoda Point. I can’t tell you why either name exists, since there was neither hide nor hair of pagodas or fried snacks anywhere. What there is, however, is a spectacular view of Salem and the plains beyond it. It was past sundown and the lights of Salem were beginning to slowly come on, showing up like so many diamonds on a sheet of black velvet. The only other person there apart from me was a wizened old lady selling some seriously aromatic tea, so I bought a big cup and settled down on one of the viewing benches. ‘If anyone tells me that this place is the poor man’s Ooty’ I thought to myself, ‘I’ll tell them that perhaps it should be the other way around…’