Yamaha stays on track to meet targets for India 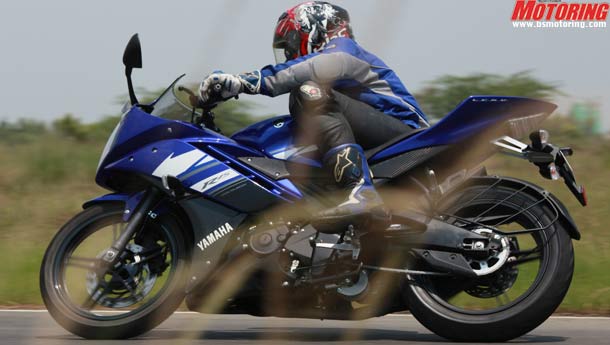 India Yamaha Motors, subsidiary of Japan’s Yamaha Motor Company, is leaving no stone unturned to meet its targets, which involves setting up a third plant, launching new products and expansion of sales reach to rural areas.

The two-wheeler company, fifth biggest bike producer in the country, is finalising details of its third facility (it would be its second vehicle-manufacturing plant), that would enable it to increase its 10 per cent targeted market share over the next two years.

Although company officials did not comment on the size of the proposed new plant, sources said it would have a capacity to churn out more than one million units per annum.

Yamaha is presently expanding capacity at its Surajpur, Uttar Pradesh, plant by 66 per cent to one million units from 600,000 units annually, at present. The company is spending Rs 50 crore towards this expansion.

This will allow it to make automatic scooters and the new line of motorcycles it is planning for launch in India. These include a new motorcycle on the lines of the SZ series and perhaps a 200cc bike, though the Yamaha India management did not confirm this.

Roy Kurian, national business head, said, “The launch plans of the scooter range is on track and they will hit the market next year. We had done an internal market study for bikes in the upper segment and, although I can not comment on the product plans, parallel plans of R&D are running always.”

Encouraged by the sales performance so far this financial year, where it clocked growth of 34 per cent with sales of 281,000 units, the company is confident of surpassing its own set target of 310,000 units and finishing with 330,000 units by December. “We are confident of reaching our milestone of one million units in 2013-14 and should close next year with sales of 450,000 units. This will include the new products,” he said.

Yamaha's stronghold has been the 150cc bike segment where it has four models with seven variants. It sells the R15, FZ, Fazer and SZ series in this segment. The company claims to have increased its market share in this segment to 17 per cent from 14-15 per cent recorded during the middle of the year.

Pune-based Bajaj Auto, which makes the Pulsar range of motorcycles, is the market leader in the segment above 150cc and up to 225cc, with a share of 50 per cent. Others such as Hero Motocorp, TVS Motors, Suzuki Motorcycle and Honda Motorcycle and Scooter also have products in this segment.

To make inroads into the rural areas, the company is setting up 400 miniature sales points that will act as extension counters for its dealers. These compact dealerships will help improve the company's presence in Tier-III cities and the alike.

At present, 15 per cent of Yamaha's sales come from Tier-III areas. About 60-70 per cent of all bike sales in India come from the non-metro market. India is the smallest market for Yamaha in terms of volumes and turnover, despite India being the second biggest bike market in the world after China. However, the company, which sells mopeds and scooters in other high-volume Asian markets like Indonesia and Thailand wants to offer ‘very affordably priced models’ to India.

Hiroyuki Suzuki, MD and CEO, India Yamaha Motor had said in a statement, “We are not looking for business partnership with any company.

Our mid-term plan is on track and we will make sizeable investments for new product development, sales and service network strengthening and capacity expansion over the next few years.”