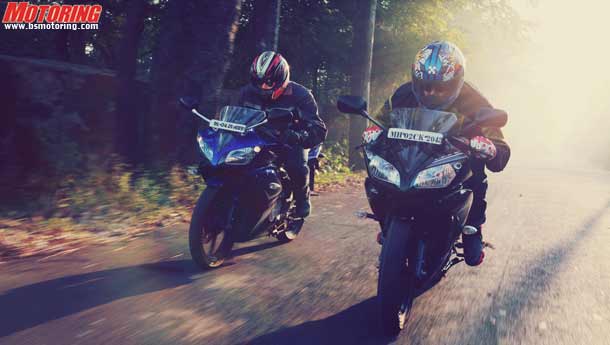 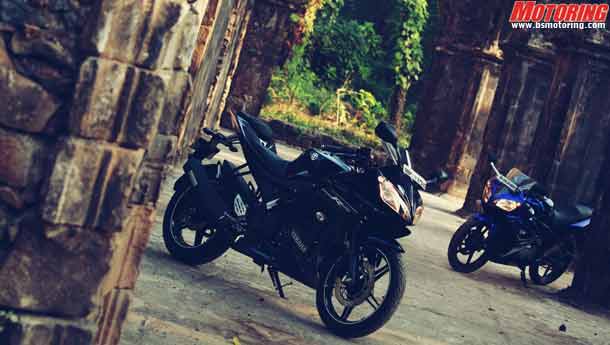 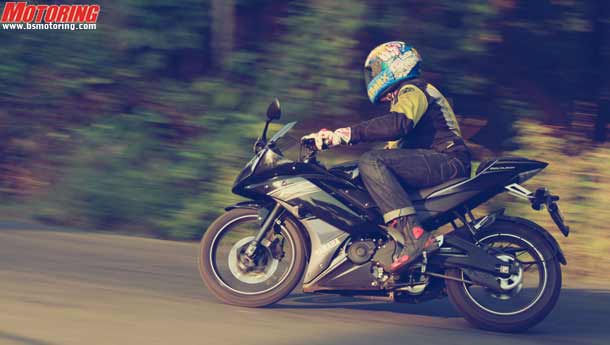 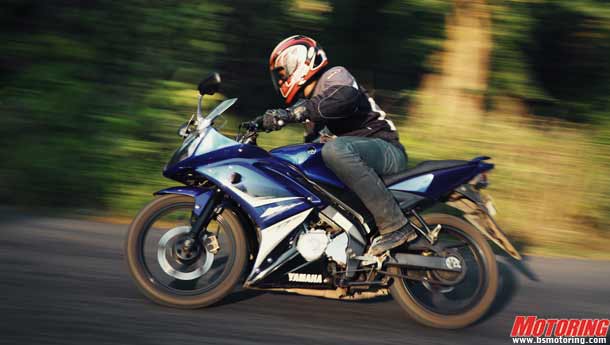 Motorcyclists can be a curious lot. We will clothe our children in rags, skip a couple of meals every day, give the missus our business card for our wedding anniversary and do all this in a heart beat just to be able to get that one motorcycle into the garage. So naturally, after hearing news about the launch of an R15 replacement, our kids instantly resembled Victorian urchins, we went on a diet and the wife started filing divorce papers. Tasty rumours flew this way and that and were spicy enough to include words like ‘250 cc’, 26 bhp and ABS, among others.

So is this new R15 really all of that? Well, for one, it does not displace a quarter of a litre, nor does it put out anything even remotely close to 26 bhp. But it does sport some new styling updates, wears a fatter rear tyre (I can already hear somebody in the crowd shout ‘hurray’) and the rear swing arm is now a beefy looking aluminium unit. It was only fitting, then, that we put Version 2.0 against its forbear to see whether this time around, the change was evolution and not regression.

Now, despite what Yamaha might say, the new R15’s motor feels almost the same as that of the one it’s replaced. The engine looks the same, makes the same 16.8 bhp, sounds the same and feels the same as well. It seems to be a tad more refined, but this could very well be attributed to the fact that the older R15 I rode back-to-back had done a few thousand kilometres. Yamaha claims it’s quicker than the older R15 by a minuscule 0.3 seconds to 60 kph and faster by about 4 kph. Doesn’t sound like much for a motorcycle with a suffix of Version 2.0 on it and predictably, doesn’t feel like much either.

One aspect of the new R15 that trounces the older one is in the aesthetics department. The older one was all nice and sporty till just about the middle and thereafter, it seemed like the original designer went off on a vacation and a bloke responsible for churning out boring commuters took his place behind the drawing board. Version 2.0, however, has a rear section that complements the swoopy and air-cutting frontal section. The seat is now a split unit, with the pillion perched so high that it won’t be uncommon to have him reporting a bird hit to the ATC tower. The rider’s saddle on Version 2.0 has more space for him to move his butt forward or to the back in order to find that perfect sweet spot. However since the tank section remains unchanged, my knees still don’t fit into the recesses, leaving them flapping in an awkward position.

On the dynamics front, Version 2.0 is indeed a changed animal. The R15 used to be a very quick steering motorcycle, needing only a minimal shift of weight for it to tuck into the desired direction. A fatter tyre, a weight increase of about four kg and more importantly, the longer aluminium swingarm, endow the latest Yamaha with much better straight-line stability. This however comes at the cost of agility and that aside, lends a rather strange elongated look to the motorcycle’s profile.

Version 2.0 needs more heft to change course, but certainly do not mistake this as hesitation from the bike to do your bidding. Brake and downshift before you enter the corner, choose your line, shift your weight into the direction of the kink, throttle in at a steady rate and you will be out with a wide grin plastered behind the helmet visor. Yes, you will be forgiven for choosing the longest way home on this motorcycle.

At the end of the day, is this motorcycle a substantial upgrade over the older R15? Well, I  honestly think that Version 2.0 could really have done with a few more tweaks – especially since the parts which matter, like the longer swingarm, larger rear disc and wider aft tyre, for example – could be easily retrofitted onto the older bike (the swingarm pivot mounting seems to be identical on both bikes) with some good old spannering. However, all would be forgiven if this new Yamaha actually made considerably more power or if it did things at a level which the older one couldn’t come close to matching.

So if you were looking to sell off your old R15 for this one, I suggest you be a good father and husband and treat your family to a few materialistic pleasures instead. In case you do not currently own an R15 and always wanted one real bad, I suggest you pick up a well cared for second-hand specimen and use the extra cash to splurge on the bits that will bring it up to speed.