Yamaha Gladiator - Back to the front 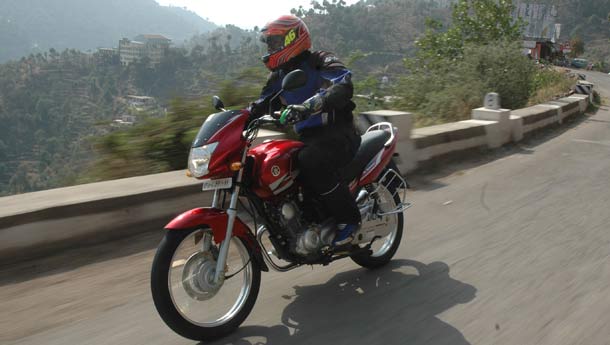 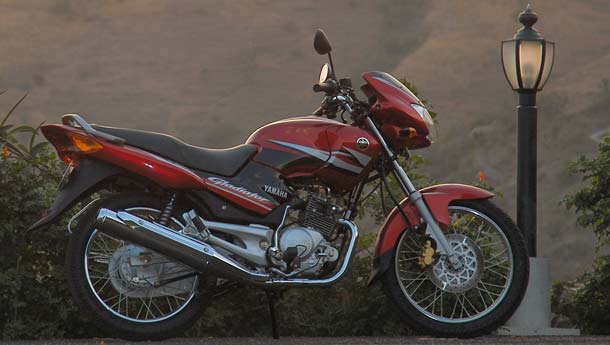 The sad truth is, motorcycle makers rarely call all of us motojournos out for a ride. My first such event was the launch of the TVS Victor, and the second one was the Fiero F2/Pep launch. That’s in six years. All other launches have either been press conferences with reluctant rides in/around the hotel, or at the company’s test track (and only Bajaj has a truly enjoyable one). Unfortunate, because launches with pre-whetted riding roads are huge fun, without counting the usually lavish hospitality angle. The novelty of a five-star hotel room lasts sixteen seconds. A furious motorcycle ride down a mountain road on a brand new motorcycle can last forever.

Perhaps the last manufacturer I expected to return to the brilliant launch format was Yamaha. But, for the launch of the Gladiator, the motorcycle on these pages, they did. They chose a 110 km loop of mountain road near Shimla. And they called the mags out for a day of endless cornering action. In there lies a clue to the change Yamaha India is currently going through right now.

The new MD-CEO, Tomotaka Ishikawa, joined up in January. His latest appointment is a good choice for Yamaha Japan, for the out-of-the-box, even maverick Japanese has two impressive stints at Yamaha USA and Yamaha Thailand, both of which he turned around. He is joined at Surajpur (outside Delhi) by his team of miracle workers, including Iwao Nakahata (head R&D), who earlier designed the superb single-cylinder engine for the SR-series of Yamahas. And all of them bar two were present at the launch and riding with us. One of the more emotive changes at Yamaha is Ishikawa-san’s insistence on riding for everybody. He is clear that ‘Good motorcycles can only come from motorcyclists.’ Hear, hear.

After a rousing session of general chattering with Ishikawa-san, I was not only impressed, I was ready for a mind-blowing new motorcycle. So imagine my disappointment when I saw the bike for the first time. What? Another commuter? Well, one with a neat front fairing, a likeable stance and a super-glossy paint job... what was going on? Later, over dinner, Ishikawa made it clear that the Gladiator was conceived before his term here, and as such, it only has small touches from the new team. His eyes sparkled with mischief and promise when he hinted thinly at Yamaha’s next product.

Despite my internally gathering gloom, the day of the ride was cheery, sunny, and thanks to a heat wave, much hotter than is normal for Shimla. And the sight of twenty-five shiny, polished, fuelled and ready motorcycles beside an endless mountain road is enough to uplift even manic depression. I was handed the keys to bike number four and assigned to the first marshal, Morita-San.

I thumbed the starter (the top-spec will get that and disc brakes) and listened to a note that isn’t really exciting, but certainly more serious than the easy-going Fazer’s. And yes, the motorcycle is based on the Fazer, but with aesthetic and powertrain tuning differences. Differences you scoff at on paper, but as I was about to find out, make a serious difference.

As we waited for the groups to form, I mentally ran down the changes. The front fairing, beakier and sleeker than in the pics, looks attractive and is well-detailed. The painted bits are all Fazer, but with minor tweaks and a neat, very international-Yamaha stickering. Wish they had a anniversary/ Kenny Roberts yellow-black as well. The seat is new, ditto the meters (no tacho, sadly). The indicators are off the Yamaha R1 (I kid you not).   On the motor side, the intake and exhaust headers are new, as is the entire clutch and most of the 5-speed gearbox. Yamaha said they didn’t make any serious chassis changes because the Fazer’s chassis was excellent. Was it really? Actually, it was, but the potential was hidden by the weak-feeling engine and too-soft suspension.

Rolling off, we headed uphill and instantly it began to become clear that the chassis, indeed, was special. The front forks and the rear shocks felt sorted and the feel was a stable, forgiving one. As Morita-San raised the pace, the Gladiator responded to the serious turn of corner speed, without making any of the riders uncomfortable. Through quite a few of the bumpier corners, I stayed on the bumpiest of lines, on and off the throttle. But apart from the biggest ones, the Gladiator absorbed the spikes and held its line. Braking, similarly, is superb. The bite was just right – neither grabby nor lax – and the force build up was impressive and feedback-filled. The Dunlop tyres too felt up to the task. Some journos at the launch thought the tyres were holding the chassis back, but I thought that though they felt a little ‘squishy’, they didn’t really feel like they lacked anything. We’ll find out at the road test, won’t we?

The engine, unlike the chassis, is not an eye-opener. At least at first. Going uphill, it felt a bit weak but then you realise that its superb refinement (only at top revs does it sound stressed) probably makes it feel slower than it is.  I did find myself using the slick, sure and positive gearbox – easily one of the best in the country – more often then usual, hunting for more power.

On the other hand, while following a hired car at a steady  50-odd kph, there was a time when the motor felt electric-smooth (I couldn’t tell it was running at all). Yamaha is promising a 5.8 second run to 60 kph and a 67 kpl in daily use: good, solid numbers. When I finally returned to the hotel in the evening, I sat on the hot hotel steps and thought about what I’d felt, seen and heard over the two days.

One. Yamaha’s Gladiator promises to be one of the best 125s in the market. It is very refined, an outstanding handler, ride quality is slick (at least over mid-corner bumps) and for short, quick trips, very comfy too. Most of all, after years of relatively benign and uninspiring products, Yamaha finally have a motorcycle that is exciting and fun to ride.

Two. I liked what I heard from the Yamaha management about their future plans. Obviously most of that is off the record, but it would appear that Yamaha have got their mojo back. Yes, I know you’ve read that before (in this magazine), but this time I’m sure.