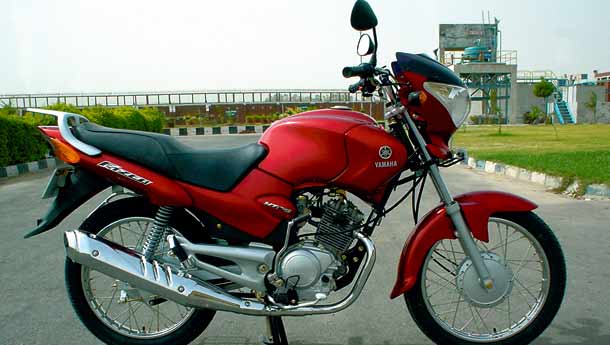 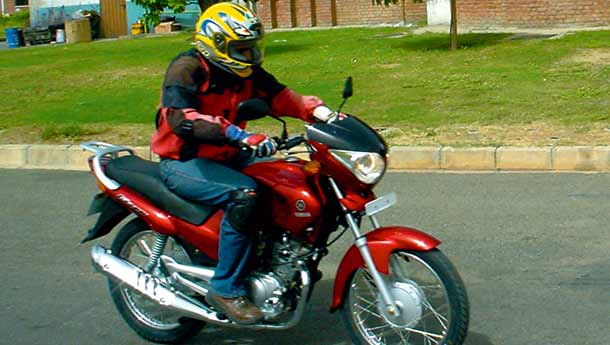 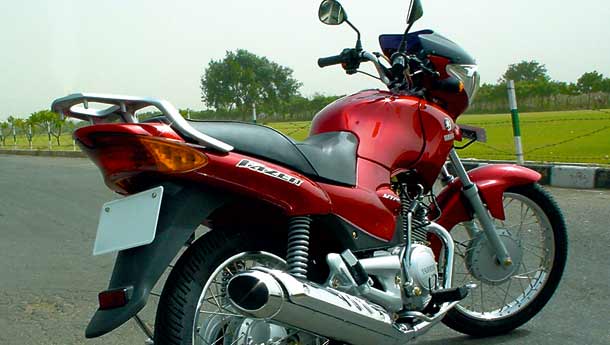 Were you among the crowd that did a double take when Yamaha unveiled the Fazer 125, now christened just the Fazer, at the 2004 Auto Expo in New Delhi? If you were, I’d like to know why you did the double take. Was it the double headlamps? Or the styling? Or the engine? Or the rosy promise of fuel injection? The last bit first. To readers who’ve written in to know if the Fazer would unleash a new world of fuel-injected Indian machines, the answer is ‘not yet.’ The new 123.7cc Yamaha Fazer is very much a regular, carburetted bike. One might even call it old-fashioned, since it still uses a BS unit, not one of the currently in-vogue, constant vacuum jobs.

However, like I never tire of pointing out, technology for its own sake is like a newspaper patting its own back for great readership figures. So, whether you use a BS or CV carb is a choice the manufacturer’s R&D team makes. And as long as it performs to the expected norm, that should be the end of that. Back to the machine, then. At first glance, and I must admit mine was from the rear, the Fazer is a pretty impressive looking piece of machinery. Not in the ultra-high speed, super-duper industrial press manner, more in the ultra-slick new computer style. The body work has some lovely lines, the integrated tail lamp cluster looks gorgeous and the bulbous tank adds a sense of presence to the machine.

Then you spot the fairing with its twin headlamps. Er... it is hard to call. And I do not mean in the sense of which synonym of unsightly to use. You see, whenever I review the pics, I agree – it is quite hard on the eyes. However, in the flesh, it isn’t quite so bad. The Roswell and Area 51 feelings are balanced by the fact that this thing is gonna stick out of the crowd. Sore thumb or Ms Universe is what you have to decide on. My tip, see it in the flesh first, then make the decision.   Turn the key on and you will notice one of the neatest instrument consoles in the business today. While there isn’t a fuel gauge, everything else is neatly typographed, placed and finished. However, on the instrument front, the engine kill switch is missing. Yamaha says it is too costly. We say, yeah right. But all of that melts away once a light kick wakes up the engine. To get right to the point,the 123.7cc engine isn’t all-new, says Yamaha. But after riding the bike, I think it is near as dammit. Sharing only 20 per cent of the older YBX engine’s components (and mostly washers and springs at that), the engine feels robust, refined and fresh.

Like the older unit, it still retains a counterbalancer. So the pegs and bars stay rock solid through the operating range (and then some). Perhaps the only hint of mechanical distress is when pushing the normally quiet engine past 9500 rpm – well past peak horsepower. Apart from the counterbalancer, the really trick bit is the new digital CDI, which instead of one, two or four curves, goes the whole hog, using a full-blown 3D map to determine ignition timing, depending on engine rpm and throttle position.The Fazer claims a healthy 10.8 bhp at 7500 rpm with 1.04 kgm of torque peaking at 6500 rpm. On the move, a healthy flow of thrust is very evident. The supreme refinement does rob the machine of some of the potential sensory thrills, but performance is definitely there. After about half hour on the bike, I’d say there is good acceleration between 3500 and 8000 rpm, with a rather obvious bulge around the torque peak. Seat of the pants, I’d say the Fazer’s square in the ball park, if not slightly ahead of the competition. Nice job. Yamaha did not claim an official ‘under standard conditions’ number, but promise that in the real world, 55 kpl should be the Fazer’s fuel economy figure.   Yamaha has opted for a single downtube frame with the engine as a stressed member. The frame, with its twin rear shocks and telescopic forks makes the Fazer a stable, if light handler. The only time the Fazer seems a bit upset is when you lean it deep quickly. Then the tyres suddenly seem to lose a bit of their otherwise good performance. For the record, the test bike wore a Dunlop Zebra 2.75x18 up front and a MRF Zapper-Y 3.00x18 at the rear. I got to ride the machine only on near-perfect tarmac, so ride quality will have to remain uncommented upon.

The agility in handling should point to a quick machine through traffic. Which brings me to the first of the Fazer’s weaknesses. The front brake is a 150mm drum, the largest yet in the segment. However, while effective, it lacks the bite a near-11 bhp machine’s anchors should have. Yamaha does intend to introduce a deluxe model in October with an optional disc brake, but for now, the drum will have to do.

Perhaps the most pleasing bit about the Fazer is its ergonomics package. Yamaha have created one of the more comfortable machines to ride. It could be the most comfortable of all, but we’ll comment on that post road test. The half hour I spent aboard passed without my body even realising that I was on a motorcycle at all, so the signs are all good.

The Fazer is positioned to straddle the upper reaches of the 110cc commuters and just undercut the 125/133cc competition. At Rs 43,900 ex-showroom Delhi, the promising Fazer could be Yamaha’s ticket to more sales. More significantly, for those of us who want more powerful machinery, Yamaha’s product range now misses only segment. The premium segment. There’s another reason to celebrate, then.