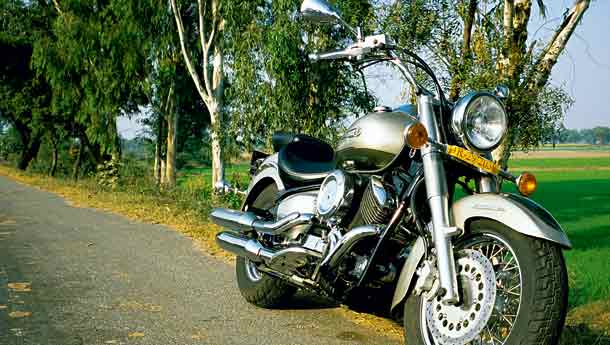 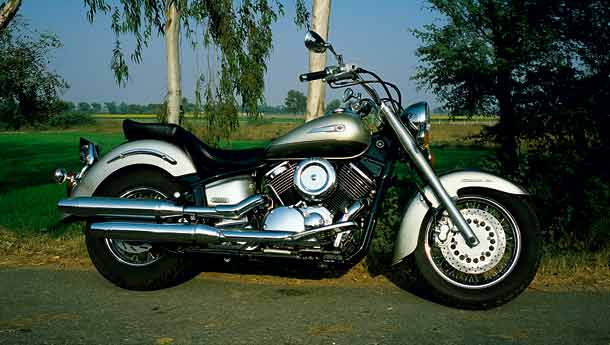 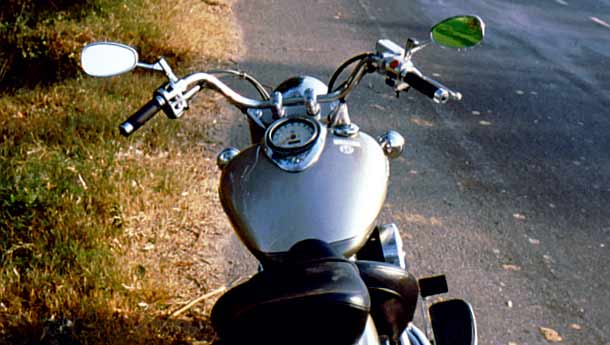 I love motorcycles. That should be obvious, given that I work for this magazine. Still, it’s worth stressing the point. When I’m not haring around the country looking for interesting driving destinations, you will find that my grin is at its highest wattage when I’m astride a bike, preferably a very large, loud one. I developed a passion for two wheels relatively late in life, and the ones that I salivated over most were the big cruisers. Sure, sportsbikes were incredibly cool. You didn’t ride them so much as merge into them until, as the cliché goes, ‘man and machine were one.’ They blitzed you to speeds that blurred your vision and made your eyes water. They howled like irate banshees and pointed out cloud formations at the slightest twist of the throttle. You could lay them almost flat on their sides and still go around corners at triple digit speeds. Hard men like Mick Doohan and Kevin Schwantz did things you wouldn’t believe were possible on them. Then, of course, there were trail bikes. Small, mischievous and, dare I say it, almost cute. Sounding like a bunch of mosquitoes, with funky knobbly tyres, these were the bikes on which you did fairly irresponsible things, like standing on the seat while 20 feet in the air.

And then (drum roll, please) there were the cruisers. Hee-uge, gleaming hunks of metal and enough chrome to cover a truck. Big, fat pipes that made you squint when the sun shone on them. Tyres so broad you almost didn’t need to put your feet down at the lights. A mother of a V-twin engine (a cruiser isn’t a cruiser without a V-twin, the Rocket III be damned). Seats that caressed your behind. A thundering ‘braaap’ of an exhaust note. Above all, an attitude that drawled ‘Whaddaya lookin’ at, ya runt?’ Yes ladies and gentlemen, these, above all, were the bikes that I gazed at in magazines and hoped one day to ride. These were m-o-t-o-r-c-y-c-l-e-s.

You can then imagine how I reacted when asked ‘Hey, you want to take the Drag Star for a spin while you’re in Delhi?’ I beamed. I positively high-jumped with glee. I distributed cigars and champagne. I was, not to put too fine a point on it, terribly excited. Not half as excited, mind you, as I felt when I rolled up to Yamaha’s plant in Faridabad and was confronted with the machine itself. It had been a while coming, because the bike had had to be readied for me, but boy, the wait had been worth it!   So visually it’s a Harley clone. Who cares? So are all the Japanese cruisers out there. Besides, if a clone looks this good, copy away! The Drag Star is a dyed-in-the-chrome cruiser, make no mistake. It has tremendous visual impact and pose value and, coupled with that oh-so-Japanese attention to detail, is guaranteed to make heads turn rather violently. Every part on the bike, from the pedals to the mirrors to the superbly finished engine engravings, screams ‘top quality’ at you. The massive tank has the instrumentation on it, which can be a bit of a pain when you want to see how fast you’re going, but it looks great. A nice touch is the calibration in kph and mph. It sounds so satisfying when you say ‘100 mph’, as opposed to 160 ‘kph’! The entire bike, although massive, is perfectly proportioned and very good looking.

I was champing at the bit while Yamaha’s R&D people asked me, somewhat doubtfully, whether I had ridden a bike like this before. I scarcely registered what they said as I was handed the key and told to be very careful. Settling into the comfy seat, I thumbed the starter button and couldn’t suppress a grin as the engine roared to life. It was a civilised roar, rather like a lion with good table manners, but it was enough to galvanise my adrenal glands into action. I gripped the huge handlebars (a procedure akin to embracing a hippo’s posterior, they’re so wide), leaned back, shifted into first with a satisfying ‘thunk’, blipped the throttle and proceeded to stall the engine. There’s nothing as embarrassing as stalling in front of a crowd of interested onlookers, I can tell you. The second time around I was more patient, and I then guided the burbling machine through some narrow service lanes and on to the Delhi-Agra highway.

It is profoundly frustrating having 1063cc and 62 bhp to play with, but needing to putter your way through crowds of people, animals and vehicles. Still, it gave me a chance to see what the bike felt like at low speeds. Now, this thing weighs almost half a ton (440kg or so gross weight) but it’s reassuringly planted and rock solid. I never felt like I was going to wobble or tip over, and all it needs is two firmly planted feet at traffic lights. In fifth cog, it will happily tolerate speeds as low as 40 kph. Even tight U-turns are easily handled, once you get used to the bike.   Having left the multitudes behind, I finally found myself facing an open stretch of tarmac. Boyohboyohboy! Cracking the throttle open, I stepped sideways onto the highway and was swept forward by the massive torque the engine spat out. 8.4 kgm at only 2750 rpm is a heck of a lot, and you feel every bit of it! Acceleration is extremely brisk and the bike pulls like a locomotive, power being delivered in a smooth, seamless rush. The vast amount of torque also means that roll-on acceleration is a cinch, with the bike surging forward effortlessly even at 40 kph in fifth gear. The suspension is predictably superb and chews up any bumps that happen to come your way, although you have to be careful over speed-breakers because of the bike’s low-slung nature. The huge tyres (110/90-18 front, 170/80-15 rear) allow you to lean over and corner with absolute confidence, so making like Arnie in T2 is entirely possible.

Find a clean stretch, keep the throttle wrung open and the bike will show you a speedo-indicated 172 kph, although by this time your ribs will threaten to exit through your back and your arms will beg for mercy. This bike is tailor made for all-day 130 kph cruising, and is happiest at that speed. Vibration levels are perfectly acceptable upto about 140 kph, after which they become rather ticklish. Braking is assured and fade-free, with twin discs up front and a single disc doing duty at the back.

Having had an absolute blast for just over 50 km, I reluctantly turned around and headed back to the factory. Given half a chance, I would simply have ridden the bike all the way back to Mumbai, but one has to be somewhat nice to manufacturers in this business! Yamaha might just give us this bike some time this year, at an approximate Rs. 5 lakh price tag. Yes, that’s steep, but given the amount of fun you can have on it, I’d venture it’s fully worth it. As for me, I’m already casing some banks that I can rob. Life certainly ain’t a drag on a Drag Star!