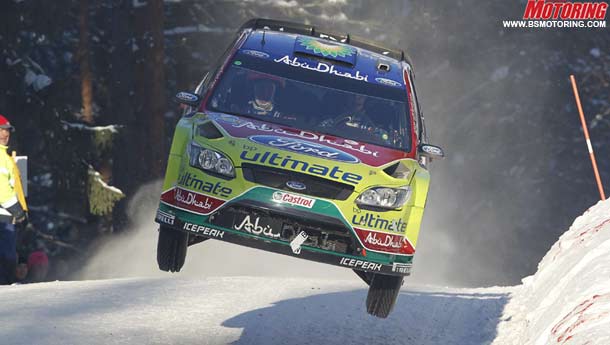 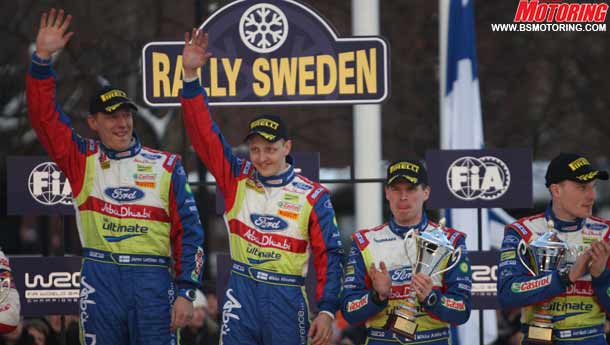 Mikko Hirvonen made the perfect start to his WRC campaign, by claiming victory at the Rally Sweden ahead of reigning world champion Sebastien Loeb. Finishing in third place was Jari-Matti Latvala.

Although it was Loeb who led the rally in the initial stages, a changed differential setting on the Ford of Hirvonen meant that the Finn was able to pull away at the head of the pack. So quick was Hirvonnen, that Loeb reluctantly admitted that he simply wouldn't be able to catch him. Loeb also admitted to making a slight mistake on the Saturday, but stated that even if he hadn't slipped up, catching up with the Ford driver might not have been possible.

Kimi Raikkonen, who made the switch from F1 to WRC, was the focus of attention aplenty. However, the start to Raikkonen's first full season in the WRC was marred by trouble, with the Finn getting stuck in a snow bank on the first day of the rally. He finished 30th.