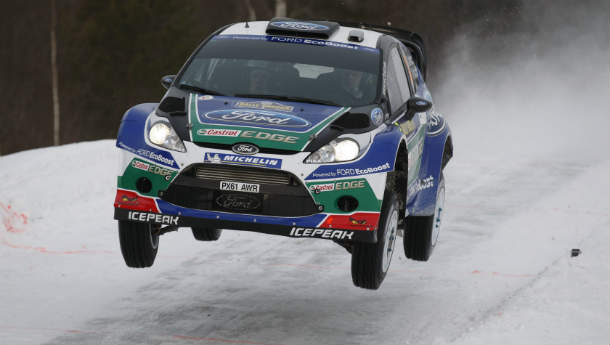 It was one of those victories that nearly didn't happen. Jari-Matti Latvala's 35-second lead at the Rally of Sweden was cut down to eight seconds when he punctured a front tyre on his Ford towards the end of the rally. Latvala then clocked the fastest time in the next stage, which meant he was able to slowly build back his lead over his rival, former team-mate Mikko Hirvonen.

The two Finnish drivers were leading the rally from the first afternoon, thanks to the fact that some of their rivals ran into trouble. Petter Solberg spun, while eight-time WRC title holder, Sebastian Loeb ended up in a snow bank for two whole minutes, putting an end to their chances at the rally. After that, it was Latvala who was in the clear, while Hirvonen took second-place for Citroen.