Mercedes-Benz has hit it big at the World Car Awards 2015 with the three-pointer star cars won in three categories. The new Mercedes-Benz C-Class was named “World Car of the Year 2015” beating the new Volkswagen Passat and new Ford Mustang. Mercedes-Benz S-Class Coupe won over BMW i8 and Range Rover Autobiography Black LWB to be the "World Luxury Car 2015", while the Mercedes-AMG GT sports car picked up the "World Performance Car 2015" award outrunning Jaguar F-Type R Coupe and BMW M4/M3. 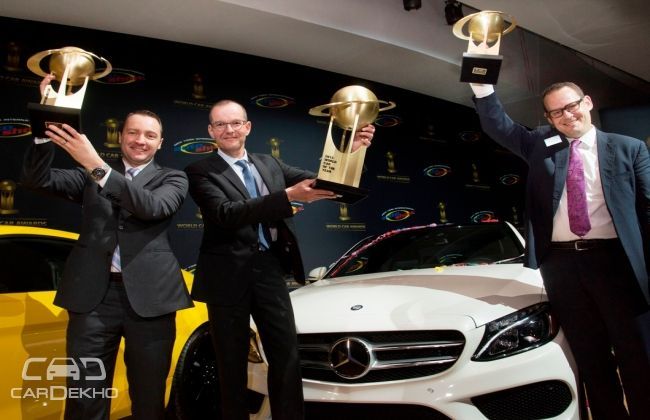 This year, Mercedes-Benz created record of sorts in the World Car Awards history with this many entries and winners. In 2014 the S-Class won the category "World Luxury Car" while the S 250 CDI BlueEFFICIENCY was the "World Green Car" in 2012, while the same award was taken back in 2007 by the E 320 BlueTEC.