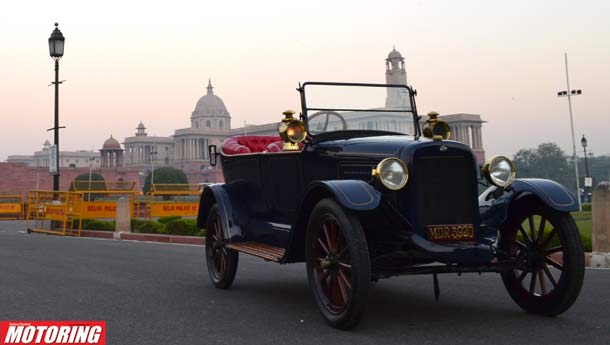 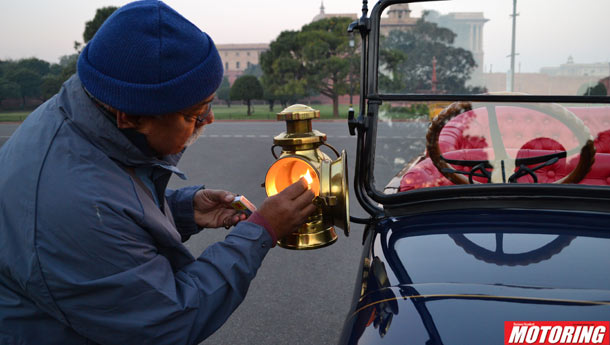 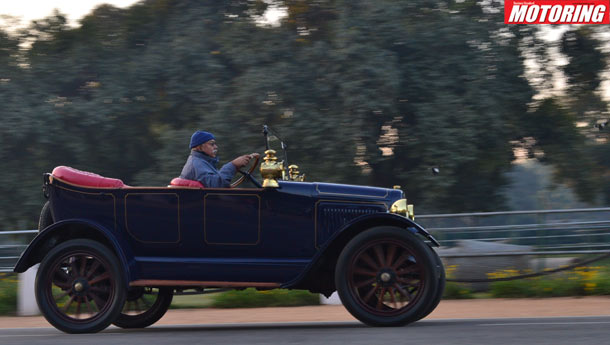 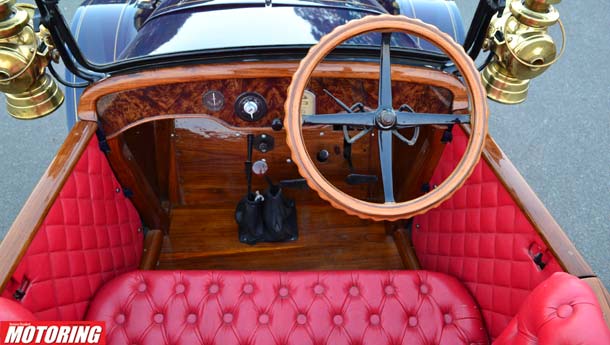 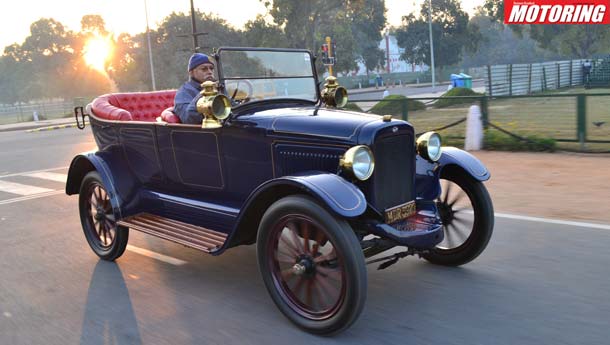 By the time he was in his late 30s, John Willys had established himself as a successful automobile retailer. He had had humble beginnings as a retailer of bicycles (later manufacturing them) and he would have been mighty pleased with business when he bought 47 1906 models from the Indiana-based Overland Auto Company and placed an order for five hundred more. Imagine the rude shock when he dropped by at the factory a year later to find they had components to build just about three cars! But as would have been the apt and fashionable thing to do back in the day, rather than dragging them to court or using any sort of weaponry, he bought the company over and proceeded to build close to five hundred cars in the following year. In a circus tent.

The Willys-Overland was not a path-breaking car by any measure – it was designed to be a car for the masses. And it proved to be so, with the only car beating it in sales figures being the legendary Ford Model T. From 1912 right until World War I, Ford was the only company that produced more cars than Willys-Overland. That makes this beauty something like the Hyundai i10 of its time, being beaten only by one Maruti Suzuki or another, figuratively speaking. The exact history of this particular car is a puzzle as of the moment, given that the bodywork matches the 1919 Overland Model 4 Touring but has no oil or water pump, something that featured on Overland models beyond 1913. But Tutu Dhawan, one of the most credible vintage and classic car restorers in the country, nevertheless brought this rare automobile back to life and glory. And that he has done so with the help of few hard-to-find references makes this car very special, right?

Parked against the power structures in the capital, the hundred-or-so year old Willys-Overland looks dignified. It certainly, and obviously, lacks the poise of a yesteryear Rolls-Royce – something one tends to naturally, if a bit foolishly, seek in a car that classifies as vintage – and yet, it’s got the presence and design that entirely gives away the objective of its manufacture. A basic motorcar for the masses, without being dangerously under-equipped, and one that would be just as desirable as its competition. Wonder why it’s so tough to replicate the same in modern times!

The bodywork is minimalistic in design, with the ventilation fins on either side of the bonnet adding an aesthetic touch, and the paint on this car is a rich, dark blue with gold pinstriping. The main headlamps, the ones on either side of the grille, are conventional although it’s the set of carbide lamps that is the real eye-pleaser. Functioning as sort of day-time running lamps back in the day, provided not so much for visibility as for, well, visibility (if you know what I mean), the carbide lamps add that touch of ‘vintage’ to the car’s appearance. The wheels are wooden (changed to steel on later models – another indication of its pre-1913 origins) and, interestingly, the hub and spokes remain mounted while only the actual rim (and the tyre) need to be unbolted and replaced with the spare rim mounted at the tail-end of the car.

Climbing aboard the footboard, a bit precariously, I must add, the bright red interior sure did look inviting. For a car meant for the masses, interior space at the rear is rather good although the one thing this car is missing is a foldable canvas roof, something the owner of this machine decided to not have in the first place. That said, there is not much to grab your eyeballs in terms of features except the unusualness of the architecture (I speak purely from the perspective of a man completely unfamiliar with cars of this vintage, so pardon my outlook) itself.

When Tutu allowed me to tag along on a short spin with him at the wheel, I reached for the door handle on the inside of the car and found myself pretty cramped seated beside him. Given the natural beauty and health of women back in the day, the Willys-Overland may have made for quite an intimate motoring experience, something I, obviously, can’t comment on from my personal encounter with this car. After tinkering with a few things under the right-hand side opening of the bonnet, the car came to life, first with a buzz of activity from the roughly 1.4-litre inline four-cylinder motor, later settling down into a fast-ish thrum.

Three forward gears and one reverse make up the transmission unit and what is unique to this car is through a series of channels, oil is cleverly supplied to the wet clutch and the gearbox, rather than requiring an additional oil pump to provide for it. Other than that, the mechanicals are pretty conventional, relatively speaking – funny how things have not changed much in the last 100 or so years. Without much of a struggle, we’re rolling. With the exception of a few ‘hits and misses’, the car set about in motion perfectly, if not with tremendous pace. This is when my eyes fell on the basic but incredibly cool Stewart Warner speedometer. A horizontal dial which nervously rotates to indicate speed (marked in miles per hour, of course), an odometer and what looked like a trip-meter are housed in off-white, chrome-surround bezel. I watched the speedo edge close to the 15 mph mark – remarkable for a world used to equestrian propulsion or, more so, walking, back in the day.

In not much time, I had decided to switch to the business end of things – the rear bench – and we were now properly motoring, the car, in top gear, maintaining momentum gracefully. I lounged around, amazed at the amount of space on offer (the lack of a roof helped, perhaps) and generally tried not to look like a fool, which is hard to pull off in a car of this type unless you’re a Maharaja or a dictator of considerable repute. I doubt this car would have inspired motoring enthusiasts back in the day, but that an engineering application capable of transportation (a car, essentially) could be bought over the counter, over a hundred years ago, by people not necessarily in possession of much wealth, is an amazing achievement for mankind.

I don’t think owning a car within a decade of its invention would have been such a big deal. A car was always designed to be a ready-for-consumption white good. However, this car somehow captured the imagination of the people in more ways than just its functional brilliance. I’m not sure if the Willys-Overland contributed, in a major way, to the evolution of the motorcar, but it sure did give me my first brush with the foundations of the automobile. I’m a fan, thank you.

The Overland Automobile Company was founded by Claude Cox in 1903 and the first car made under the Overland name was the Runabout – a front-engined, two-cylinder car. In 1907, John Willys bought the company after a successful run of production until 1912, the company was formally renamed as the Willys-Overland Motor Company. By 1915, Willys-Overland was the second largest car-maker  in the U.S.A, after Ford. A brief financial crisis was followed by a 7500-strong workers’ strike in 1919, but the launch of the Whippet model in 1926 changed everything. The Whippet name rose to popularity and the Overland name was shelved, only to be revived years later, in 2003, as a trim-package for the Jeep Grand Cherokee as a tribute of sorts to this pioneer marque. The Willys brand of military and civilian Jeeps did, of course, continue to be sold until 1955, and in 1963, with a change of name to Kaiser-Jeep Corporation, the Willys name was decommissioned.