Will the Boxer 150cc pack a punch? 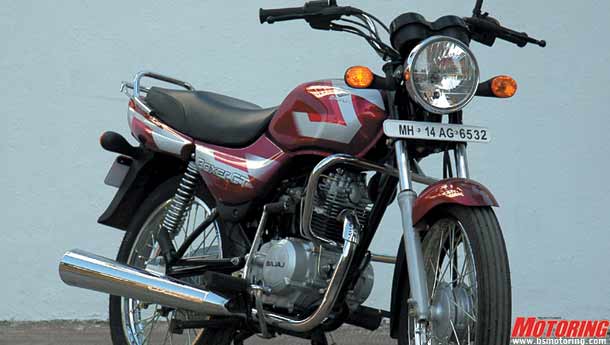 Bajaj Auto will be on a retro ride this month with Boxer – the model that was discontinued in the domestic market in 2007. Also known as ‘Tank on two wheels,’ it is expected to help the two-wheeler major turn on the heat in the mid-level motorcycle segment.

While the old Boxer came with a 100cc engine and was withdrawn as it was becoming economically unviable, the new model would sport a larger engine (150 cc) and would be pitted directly against the world’ single largest selling motorcycle brand, Hero MotoCorp’s (previously Hero Honda) Splendor.

Will Bajaj be able to challenge Hero’s dominance in the work horse segment with the Boxer? Bajaj says it would, as the Boxer is being single-mindedly targeted at customers in rural markets where demand is on the upside for safety and performance-oriented bikes. But rural areas are also where Hero reigns supreme, with over 45 per cent of its five million motorcycles coming from non-urban markets last fiscal. Bajaj Auto’s share in the rural segment is a modest 15 per cent.

“Our market studies show that customers in rural areas are looking for motorcycles with higher engine capacity that are better suited to road conditions there. With the Boxer, we would be doing the opposite of competition. Boxer is a bigger, stronger bike with wider tyres for better road grip and higher engine capacity to carry more load. But the product is positioned in the mid-level commuter segment rather than in the sports segment”, says S Sridhar, president (motorcycles division), Bajaj Auto.

The bike, which is expected to be priced around Rs 42,000, has been sent out for trials in Maharashtra and Uttar Pradesh. Commercial launch is expected later this month.

Bajaj had earlier tried to make inroads in the mass commuter segment – which accounts for around 60 per cent of volumes in the overall motorcycle market in India – with 100 cc variants of the Platina and the Discover. The two models together sold over a million units in 2010-11. But sales volumes are not comparable with Hero MotoCorp, whose eight products together account for around 71 per cent sales in the segment. The Splendor family alone adds on two million units to overall volumes for the company every year. The Splendor range is priced between Rs 41,000 and Rs 50,000 (ex-showroom, Delhi.)

Sridhar says out of about 130,000 units of Discover that Bajaj Auto sells every month, about 45 per cent comes from the 125 cc and 150 cc variants and the rest from the 100 cc variant. Till about a year back, the entry level 100 cc accounted for over 95 per cent of the sales.

He expects the ratio to be 50- 50 and eventually the Discover 125 cc and 150 cc combined will overtake sales of the 100 cc variant. Demand is strong for higher capacity motorcycles. Ultimately, customers will get the best of both worlds – powerful and sturdy bikes at entry level prices.


ON A RETRO RIDE

* The move is aimed at shoring up Bajaj’s fortunes in the rural market where it has just 15% market share. Market leader Hero Honda’s Splendor dominates the segment with 45% share

* The mass commuter segment accounts for around 60% of volumes in the overall motorcycle market in India. Bajaj has 100cc variants of the Platina and the Discover in this segment

While Hero’s Splendor can haul three adults and can help carry other loads, the Boxer 150 is also expected to be equipped with a load carrying platform that could be used to lug large loads as pillion.

The potential for growth in India’s rural areas is greater than in the towns and cities. According to a report by CARE Ratings, 57 per cent of the target population owns a two-wheeler in urban areas. The corresponding figure for rural areas is 15 per cent.

The ‘Boxer’, which would be Bajaj’s fifth brand in the motorcycle segment, would be launched in villages, talukas and districts first and then in mini-metros and larger cities. The company at present sells motorcycles with engine capacity ranging between 100 cc and 220 cc under four brands, Platina, Discover, Pulsar and Avenger.

To spruce up sales, Bajaj Auto has further firmed up plans to set up 2,000 Direct Collection Centres (DCCs) across 5000 outlets. “DCCs will help us gain incremental sales volumes from sales to customers who do not have a bank account”, says Sridhar. “Our infrastructure is superior to that of competitors. Whenever consumers decide on purchasing higher engine capacity bikes, they opt for Bajaj. We are favourably placed.”

It remains to be seen whether Boxer can indeed change the fortunes for Bajaj as Splendor has done for the Hero Group when it was launched 15 years ago.

Boxer apart, India’s second-largest two-wheeler company is on the move on some other models too. For example, it is set to launch a brand new version of Pulsar, its flagship offering in the premium segment, by the last quarter of this fiscal. The bike will be based on a completely new platform.

The company is also planning to introduce bikes from the KTM stable. Bajaj, which holds 38.09 per cent stake in KTM, intends to increase it to 49 per cent.