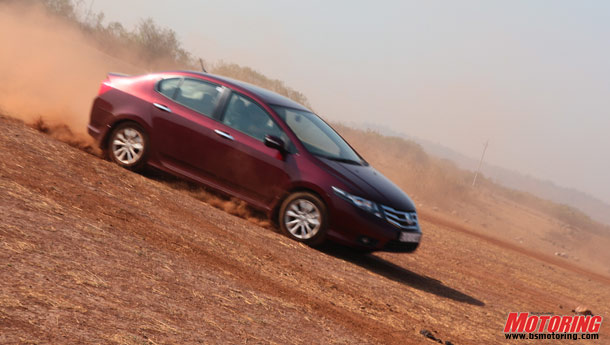 I am planning to buy a new petrol car for my use for driving in the city in the price range of Rs 8 to 9 lakh. Please let me know which car and variant I should buy for good driving comfort and affordable maintenance, too.

You could go for the Honda City petrol — it is an excellent car overall in terms of performance, ease of driving, space, fuel efficiency, etc. In case you want a diesel and can extend your budget, you can opt for the Hyundai Verna.

I have been using a Fiat Palio 1.2 since 2002 and now wish to replace it with another hatchback, my budget being around Rs 5 lakh which can be stretched a bit. My monthly commute is only around 700 Km and I’m hence looking at petrol options. I am trying to pick from either the Maruti Suzuki Swift, Hyundai i20 and VW Polo. The i20 is feature rich and spacious but not much fun to drive. I have also heard that it is not very fuel efficient. The Swift is good to drive, but it is cramped at the rear, interior quality is average and it doesn’t even come with a music system in the VXi version. The Polo I haven't test driven yet, but I’ve heard it has a 3-cylinder engine. Is it unrefined? Fuel economy is important to me, but at the same time it should also be good to drive. Does it make sense to stretch my budget for a Swift Dzire VXi?

Between the i20, Swift and Polo, it is the Swift that meets your requirements of being fun to drive as well as efficient. But actually, the Polo is not that bad either when it comes to driving pleasure as well as efficiency. The three-cylinder engine may be a little unrefined at start-up and while running, but as such, the car is good-looking though space for three at the rear is a compromise. Instead of either of these cars, why don't you look at the Maruti Suzuki Ritz? It is cheaper than the Swift and has all the attributes of the Swift — fun to drive as well as efficient. It is tall, so easy to get in and out and it helps while manoeuvring in traffic too. Do check it out. The Dzire? Well, that’s just a Swift with a little boot, isn’t it?

I have been driving a Tata Indica V2 petrol for the past 10 years and it has clocked only 35,000 km. I have done only the annual services on the vehicle so far and haven't faced any major problems with the car over the last 10 years. I am in a dilemma now, though. My friends and colleagues are persuading to me sell the Indica and go for an SUV like Renault's Duster. I am quite interested in the Duster, but I do not want to part with the Indica because it has been performing like a dream and I have clocked only 35,000 km. My friends and colleagues tell me that a vehicle should not be kept this long. Will it be a problem to dispose off the Indica later on? How much longer should I keep it? Kindly give me your advise.

There is no hard and fast rule that you have to sell a car if it’s 10 years old, especially if it continues to give you hassle-free service. Nevertheless, it would be prudent to get a valuation of your car done. Typically with a car of that vintage, even though the mileage isn't much, parts may wear off. These include parts that are not mileage dependent, like the alternator, AC condenser, rubber parts, and so on. If the cost of replacing them, in relation to their current value, is high, then you might want to consider going in for a new car, but it's not compulsory.

Any automotive question? Ask us at srinivas.krishnan@bsmail.in