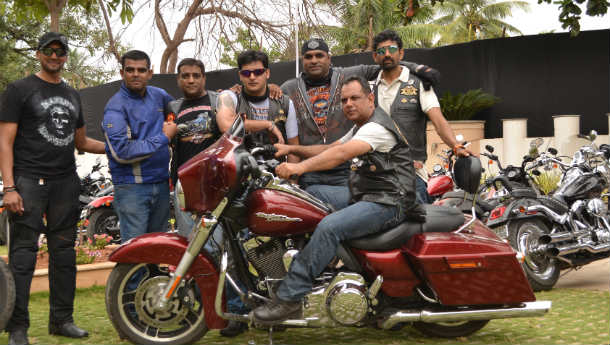 Assuming you aren't Mowgli, it would be fair to suggest you have a decent collection of shoes. That's not to suggest you have a walk-in wardrobe - which would make you a Kardashian – but it's only fair that you have a pair of shoes to suit the many occasions part of human life. Unless you have an indispensable passion for pain, you are not going to turn up for a soccer match in a pair of brown brogues, are you? Which means, when the time comes for you to buy a rugged, all-weather pair, you are most unlikely to turn up with a box made of recycled paper with bright yellow shoes in it, right? Not true. Not for me at least.

Ever since the day it dawned upon me that gaining the company of a woman depends not on the quantity of abs you possess but simply by the quality of perfume you wear, the BMW R1200 GS Adventure slid up my list of must-haves, pushing the Gixxer down the order. Superbikes are properly fun only on a racetrack, and since I have limited access to the latter, the former is only going to be reduced to a thigh-toaster. Life had been pleasant after this settlement. Until God decided to have a chuckle, and landed a few Harley-Davidsons in my lap. After two fairly extensive road trips on an assortment of Harleys, I have now decided I am going to buy one. But in the same way that there is no way to judge whether the woman you lust after fancies facial hair or not (until you ask her, that is – and you will always look stupid when asking of such things), I cannot decide which I must buy first - a Harley, or a BMW.

Given that I have been excluded from the Forbes list so far, it comes across as obvious that there is going to be a long gap (five years, maybe) between buying my second big bike. Which means, for five years, I'm either going to look like a reckless outlaw (Harley) or someone with a burning desire to live in inhospitable countries (BMW). I am contemplating, with loose conviction, giving up on swanky dinners and my recent appetite for red wine just so I can save up for a big bike. I'm even considering taking up a role in politics, despite my hopeless expertise on the subject, since it is known to be the greenest of pastures, a light jail term notwithstanding.

And here's the 'bright yellow shoes' part. Having been off my Hero Impulse long-termer for roughly two weeks owing to an overflowing test car fleet, I was incredibly happy to be back on the little 150cc on/off-roader. So happy, that I instantly zipped off to Pune over the weekend, keeping the revs close to the red-line, mostly on it, and have now decided to buy an Impulse as well. I don't have the money to buy one, of course, and the cost of an Impulse is exactly what the basic down payment of an entry-level Harley is. As a result, I can't decide where to put the money I don't have.

At BSM, we do get a lot of complex WhichBike? questions, but never has anyone clubbed a 150cc Hero and a 1200cc BMW/Harley in the same sentence. I have, now. And I don't know whether to be happy that I'm not lusting after Audis yet, or to be sad because I might end up looking like a mafia boss.