What to Expect From Volvo S60 T6

Volvo India will re-launch the petrol version of their entry-level luxury sedan - S60 in the country on 3rd July 2015. When they first introduced the S60 in the country it came with a petrol straight six cylinder motor in an AWD setup. However, with the facelift it ditched the petrol motor and is currently only available with D5 and D4 diesel engines. Now, Volvo will launch a direct-injected turbocharged four-cylinder motor. 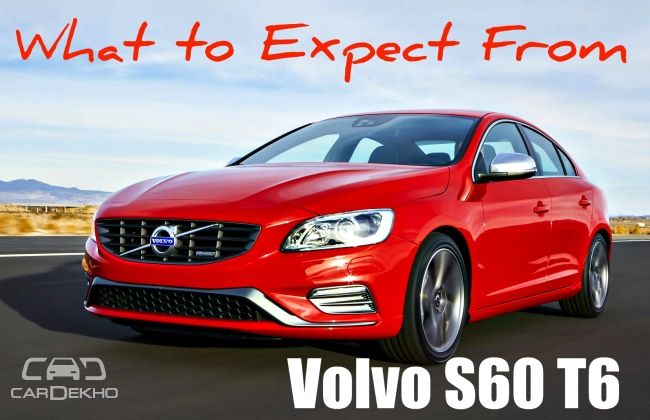 What’s new in Volvo S60 T6 It will offer a direct injected four cylinder 2-liter turbo petrol engine, the motor produce 306 hp and a max torque of 400 Nm.  Unlike the pre-facelifted car’s AWD setup, the new S60 T6’s motor will feed power to the front wheel via Volvo’s eight-speed Geartronic automatic transmission The new motor will propel S60 from naught to 100 kmph in nearly 5.9 seconds with a top whack of 230 kmph

Apart from this, the vehicle will be identical to the diesel versions of the S60 currently on sale in the country. The petrol version will carry the facelifted S60's design cues with active bending projector headlamps with LED DRLs and LED taillamps. On the inside, it will feature the all-digital instrumentation cluster along with the 7-inch infotainment system. Moreover, the vehicle will compete with the Mercedes-Benz C 200 petrol and BMW 328i in the country while Audi A4 does not offer petrol anymore.