What not to buy 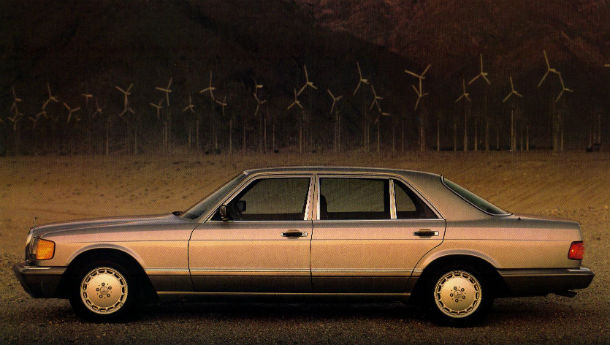 This web forum, which shall remained unnamed, so as to make whatever I am saying look important, is the only car-based website I am known to frequent. In the ordinary language that you and I are known to speak, the word 'ice' represents water in a solid state although the members of said website use it as an abbreviation for 'in-car entertainment'. What does this constitute? Amps and co-axials? Three million inch subwoofers? Halle Berry? I'm clueless.

So, as would be appropriate, I strictly keep away from all the car banter and skip to what is undoubtedly the ultimate root of man's misery - the classifieds section. While my sole intention is to find that 'W126 S-class for around a lakh' I keep hearing about all the time - not that I have the money to buy even a mirror for one - I'm well acquainted with fiery bouts of desire to get my hands on something as far from a Mercedes-Benz S-Class as the Fiat Palio 1.6 GTX and  the Honda City VTEC (the regular suspects) to a Subaru Forester, a Volvo something-or-the-other estate and early '90s BMW 7 Series, cars that, ordinarily, we would stay completely away from. I don't know what it is about used cars that make them more appealing than they are in brand new state. I regularly swear to anyone within earshot that that only cars I will ever buy is an S-Class, any Land Rover, the Renault Fluence, the Maruti Suzuki Swift and perhaps the Mahindra Thar. But a 1994 BMW 316i? The only justification for my prospective purchase is that the roof is going to be hacked off, and it's going to be re-painted. Red. White. And blue. Classic M3 colours, basically.

I do have a grouse against this platform, however. It's to do with the concept of 'depreciation', something not everyone believes in. 'So what if my car is 7000 km old? I'm offering you my Laura TDi for 50k less than the price of a new car so you are free to poke fun at my understanding of the car market'. This is obviously stupid, but not as stupid as 'I have paid Rs 14.5 lakh for my 8000 km SUV with tasteless chrome alloys, and now, because I, personally, in all my greatness, have decided to sell my car, you must pay me 14.8 lakh'. What that 30k premium actually signifies is 'I am stupid and because I do not want to make a loss, I have decided to make a profit instead'. On a used car? Really?

Another ill here is the concept of comparative pricing, a sort of inter-dependent factor. If person x is selling his 60,000 km run 2005 Hyundai Getz for Rs 2.25 lakh, person y thinks his 70,000 km run 2005 Getz should get the same, or even more. Why? Worse are people who quote precise figures like '7,91,000'. Really? How down there are you to be precise to the last thousand in a used car deal? Comparative pricing has serious repercussions even on other, less extravagant, automobile segments. The Yamaha RD350 is a serious victim of this. In year 2006, when I was in college and had no money, an RD cost anything between 12 to 22k, depending on the state it was in. In 2009, when I was still in college and still had no money, it was hard to find an RD for anything under a lakh. Not impossible, but about as easy as finding Nemo.

Of course, finding more car for less money is an entertaining way to pass time with friends. You can set budgets or top horsepower ratings and then dive into the Internet to find a car that is closest to the set criteria - it's good motoring fun as long as you don't involve real money. For this reason, the day my bank account swells up beyond belief, I will go out there and buy a BMW R1200 GS. Then I will have no money left to buy that straight-six 5 Series. Or that SWB Land Cruiser.