What is all the fuss about? 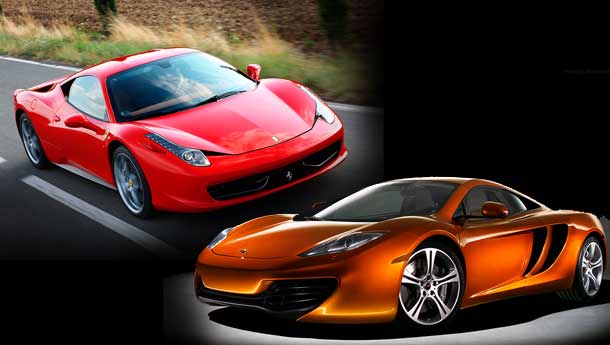 Now that the Frankfurt Motor Show is over (at least for the press), the arguments have begun.

Everyone, who is anyone, who loves cars seems to have had a serious dis-taste for the 458 Italia. There seems to be so much verbiage directed at the Italia's looks that it is enough to fill a metropolitan landfill. And the dust still hasn't setlled over it. Not just yet.

Most seem to say that it doesn't look Ferrari enough. Others, hate the use of LEDs, the front-end looks too squat and that the inherent character is missing. And this isn't just on the internet. Back home, the office is properly divided over its looks, with the majority sounding the same gong and that leaves me in the minority, trying to bring some sense to the whole argument.

I will agree that it doesn't look Ferrari enough - just as the 360 Modena didn't back in the late nineties. Evolution has been tough on the prancing horse, and legislations too haven't been kind on this 7000 cars-a-year operation. But there's something few understand. It's called the magic of a Ferrari.

I have been lucky to get my hands on at least three Ferraris on three separate occasions. Prior to that, I never liked the same Ferraris I drove, and based most of my opinion on their design - or the lack of it. But Ferraris are not only about design.

The one simple fact is - modern day Ferraris look way better in flesh. And the looks get amplified once you spend time behind the wheel. Most Ferraris still have hidden design facets one doesn't get to see in pictures. Like the front splitter, or in the 458 Italia's case, the beautifully designed running board (we'll call it one until I can give you an in-flesh account). But, get behind the wheel of one, and you tend to forgive everything. As a road tester, my job is to be unbiased, but at the same time let you, the reader know every sensory perception one goes through while driving a car. That means appreciating what's really good when it calls for it. In a Ferrari, there really isn't much to dislike.

There's the steering for instance, that has gob fulls of feel. The design itself and the material make you want to keep rubbing your hands over it even when standing still. The way you flick the paddles attached to the column and not the wheel and of course the sound. The sound of a Ferrari V8 or a V12 stays with you long after you've left the car in the garage in a country thousands of miles away, while you course yourself through the mundane. The balance of a Ferrari that's just right - not highly controlled by an electronic trap, but not too frisky either.

It takes just 10 minutes - 10 long but unforgettable minutes to forget everything you harbour against a Ferrari. They aren't perfect, mind you and there are bits that still don't match up to the Germans. But that's not what supercars are meant to be. Perfection is a state-of-mind for a supercar manufacturer. And for someone like Ferrari who've been in the business for so long, they seem to get it right every time. And I have no doubt in my mind that the Italia will go a long way in proving its critics wrong. Pretty much like every other contemporary Ferrari in the modern era.

Am I the only one... who thinks that the McLaren MP4-12C and the Italia seemed to have borrowed the same set of designers. Or does the McLaren look more Ferrari than the Italia does? Fill in...