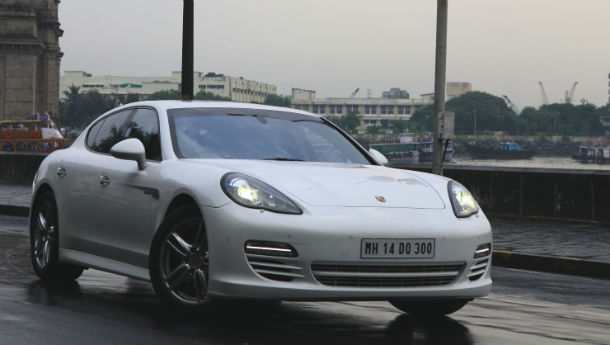 1. ... for Jaguar Land Rover. It is easily the fastest growing luxury auto brand in the country and for good reasons. A repertoire of SUVs that pretty much cover the entire premium and luxury SUV spectrum. And then there's the Evoque -  a style statement that also happens to be an SUV.

On the other hand, Jaguar has two competent saloons and one sports car to bank on, but come 2013 and we'll probably have yet another sports car. By 2015, or at least that's what the markets seem to suggest, a BMW 3-Series fighting saloon and possibly a crossover will end up joining the ranks.

And they do have a fast expanding market base. Internationally too, Land Rover is giving Porsche a run for their money, especially on the profit-per-unit scale. Jaguar is a bit behind but I believe they too will find their footing in the coming years, especially with cars like the F-Type likely to lead to more footfalls and buzz around the brand.

2. The Renault Duster's success story was scripted a long while ago. Think about it – in the last ten years there has been no single, credible rival to the Tata Safari and Mahindra Scorpio. Attempts like the Force One and the Premier Rio to a small extent, have not been backed well enough to even marginally dent the two heavyweights. Besides, the Duster is based on a monocoque and has some sort of car-like dynamics and characteristics which the two, er, 'heavyweights' don't boast of. With bookings way past 20,000 units and fast growing sales numbers, they are finally finding some firm ground under their feet. In the next 12-18 months, there will be more, including a Maruti Suzuki Ertiga baiting Renault Lodgy MPV and what could possibly also be a sub-Pulse small car, apart from a facelifted Fluence. All of which makes them a company to watch out for.

3. Porsche has had some sort of a troubled eight to ten months, especially with regards to distributorship, dealerships and a simple question - who is actually responsible for the brand in India? While the legal battle continues elsewhere (and that's not of my interest), Porsche India, under the aegis of Volkswagen Sales India Pvt Ltd has gone ahead and announced six dealerships, done a soft launch of the Porsche 911 and Boxster S and even re-introduced variants like the Panamera diesel.

You are probably wondering why I'm putting them on a watch list. There are a couple of reasons - first, their product range is very strong. Agreed, their cars have a sporty bent, but they are designed and engineered to a degree that most other premium and luxury car manufacturers can't match. They also have a rich racing heritage that reflects on their cars and spending time behind the wheel of any of them will tell you exactly that. The steering has ample feel, the body control is stupendous and overall dynamics are near flawless. Even their interiors are built with a level of attention that you may find in cars that may cost way more. Importantly, Porsches historically around the world have held their values better than competition. That may not come into play now as Indians taste their first or second luxury car and learn more about each brand, but it will in the years and decades to come.

Another place Porsche could potentially hit a goldmine is with the Macan and Pajun. The Macan is a smaller SUV, based on the Audi Q5 platform while the Pajun is a BMW 5-Series rivalling sedan, that could be based on the under-development MLB platform. These cars could potentially bring down the entry point for Porsches, making them accessible to a far greater buying audience. Surely, those should be reasons enough to put them on a watch list, eh!