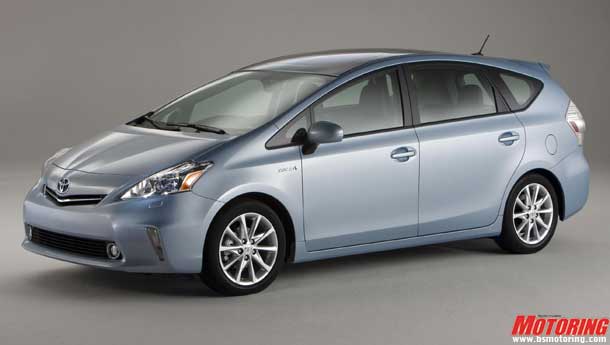 In the race to claim ever-higher fuel-economy numbers and keep up with government regulations, auto makers are rolling out hybrids and electric cars aplenty at this week’s Detroit auto show.

If only buyers were arriving as fast as the cars.

Hybrid sales waned as gasoline prices ebbed in 2011, declining to 2.2 per cent of the market from 2.4 per cent a year earlier, according to the research firm LMC Automotive. Meanwhile, sales of the Nissan Leaf electric car and the Chevrolet Volt plug-in each fell short of expectations.

Analysts do not expect the segment to grow significantly this year: the combination of gas prices below $4 a gallon and higher upfront costs for the cars is not attracting consumers.

But that is not deterring Toyota, Honda, Ford Motor and several European car makers from introducing new hybrid and plug-in models.

“The market is going in one direction and fuel-economy regulations are going the other direction,” said Jeremy Anwyl, vice chairman of the automotive information Web site Edmunds.com. “Just because people start building more of something doesn’t mean the segment grows.”

Regardless, the auto makers have little choice but to develop and try to push more hybrids as they prepare for fuel-efficiency requirements that call for significant increases later this decade. Advances such as Ford’s EcoBoost technology have increased mileage for gas-powered engines — the new Fusion midsize sedan it unveiled Monday can get 37 miles to the gallon, Ford said — but bigger gains are needed.

“Internal combustion can’t get all the way there, so you need an alternative,” said Russell Hensley, a partner with the consulting firm McKinsey & Company. “The only alternative we have at the moment is electrification.”

In a report Monday, McKinsey listed “uncertainty around future adoption of hybrid/electric powertrain technology” as one of several challenges facing auto makers and their suppliers in the coming years.

McKinsey said hybrids could account for up to a quarter of sales by 2020, with battery-powered cars making up five per cent. But it said internal-combustion engines would dominate the industry through at least 2030. “The demand is in its infancy,” Hensley said.

Hybrids and electric cars typically cost at least several thousand dollars more than their conventional counterparts. BMW said Monday that its ActiveHybrid 5 would be priced at $8,700 above the gas-powered 535i. The Volt costs nearly twice as much as the similarly sized Chevy Cruze, after a $7,500 federal tax credit.

Most consumers want to be able to recoup the additional cost of an alternative technology vehicle within a year, Anwyl said. At today’s gas prices, the payback generally takes several years, if not more.

Auto makers said shortages of batteries and other parts also held back sales in 2011.

“We have a bottleneck with the batteries,” said Carlos Ghosn, the chief executive of Nissan, adding that he expects supplies to increase as the Leaf enters new markets in the United States and production of the car and battery begins in Tennessee later this year.

“A lot of consumers are thrilled that they have the option of buying an electric car,” Ghosn said. “We sold 9,700 the first year. We can double that.

“I am much more optimistic on the prospects for electric cars than many people. We are very, very far from our potential.”

General Motors (GM) has said it wants to sell 45,000 of the Volt this year, despite falling short of its 10,000 target in 2011. GM’s chief executive, Daniel F Akerson, said on Sunday that the company would build only as many Volts as the market called for.

“We’re going to match production with demand,” Akerson told reporters. “There are new variables in the equation, so we’ll see.”

Sales of the most popular hybrid, the Toyota Prius, declined 3.2 per cent in 2011, after disruptions caused by the earthquake and tsunami in Japan, where it is built. The Prius accounted for almost half of all hybrids sold.

On Tuesday, Toyota will unveil the Prius C, a smaller version. It began selling the larger Prius V in the fall and plans to bring out a plug-in Prius this spring.

Toyota also is showing off a plug-in hybrid concept called the NS4 on Tuesday. Its premium brand, Lexus, on Monday unveiled a hybrid concept sports coupe.

Honda showed off two cars, the ILX and NSX, that will be the first hybrids ever for its upscale Acura brand. Honda said it planned to build a new plant in Ohio to assemble the NSX.

Volkswagen unveiled a hybrid version of its Jetta compact car Monday. BMW brought two new hybrids and a pair of electric concept cars to Detroit. Mercedes took the wraps off two E-Class hybrids, though one will not be sold in the United States, and a tiny electric pickup truck concept for its Smart brand. Volvo is showing a plug-in hybrid concept. Ford is taking away the hybrid option on its small sport utility vehicle, the Escape, but it is bringing out hybrid and plug-in versions of the Fusion, which it introduced Monday. The plug-in Fusion will get the equivalent of more than 100 miles per gallon, Ford said.

“We still believe electrification is going to play a big role in the industry, both to meet CAFE requirements and because of consumers’ sensitivity to gas prices,” said Mark Fields, the president of Ford’s Americas division, referring to the government’s corporate average fuel economy regulations. “We want to give people an opportunity to choose, and we have a manufacturing strategy that allows us to be flexible with what we produce. Whatever way the market goes, we will be able to respond.” Bill Vlasic contributed reporting.