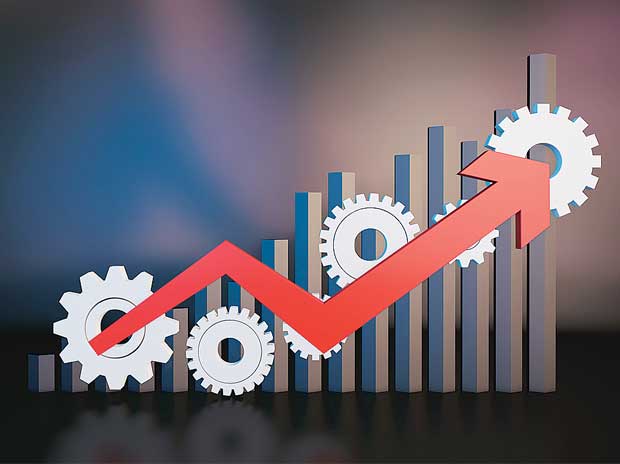 It is probably the longest and most anticipated wait in the history of corporate India. For nearly four years now, India Inc’s top honchos and investors in their companies have been waiting for the economy and corporate earnings to reclaim the high growth trajectory.

In 2014, Kumar Mangalam Birla, chairman of the Aditya Birla group, had written to the shareholders of group flagship company Grasim Industries: “The increasing traction of the global economic revival and plans to restore vim to India’s economy through a slew of timely measures by the new government should play out positively in the coming year.”

That optimism, however, failed to translate into faster growth for corporate India. The last three fiscal years have been the slowest for BS1000 companies since 1991, with average annual revenue growth of 0.6 per cent since 2013-14. The biggest disappointment has been on the investment side, with a sharp slide in the corporate sector’s capital expenditure (capex).

The combined assets of BS1000 companies were up 4.3 per cent year-on-year (y-o-y) in 2016-17, growing at the slowest pace since 1991. In the last three years, combined capex has grown at an annualised rate of six per cent, the slowest since early 1990s. The number would be even lower if not for Reliance Industries (RIL), which accounted for a third of all incremental capex in the last three years. Excluding RIL, the rest of corporate India reported a decline in assets in 2016-17, the first in nearly 25 years.

Analysts say it is tough to imagine a growth revival without a meaningful rise in corporate capex, and the capex data for India Inc are not inspiring.

Dalal Street has been equally bullish on corporate India’s prospects through the last four years. Leading brokerages expected the combined earnings (or net profit) of the country’s top 50 companies that are part of the Nifty 50 index to grow by 20 per cent in 2017-18 over 2016-17. Brokerages have now scaled back the earnings growth forecast to 8-10 per cent, making it the seventh straight year of earnings downgrades. Analysts are now postponing the big earnings recovery to 2018-19.

“Nifty companies’ earnings estimates for FY18 and FY19 have been cut by 1-3 per cent. With this, FY18E is likely to see 8-10 per cent year-on-year growth in earnings per share (EPS) against 20 per cent projected at start of the year — FY19E asking rate remains steep (20 per cent plus),” writes Edelweiss Securities analysts Prateek Parekh and Aditya Narain in their report on corporate earnings for the October-December 2017 quarter.

Faster growth on the horizon

Notwithstanding the setbacks in the last few years, there is a new-found optimism in corporate boardrooms and in the analyst community about the India growth story. “I believe that the medium-term prospects in India are favourable and that the structural reform process will continue over the next few years, culminating in an uptick in the investment momentum,” wrote A M Naik, chairman, Larsen & Toubro, in the company’s annual report for 2016-17.

Automakers also expect strong growth in forthcoming quarters. “Definitely, there’s a strong revival happening. With a major change like the goods and services tax (GST), a blip for a quarter or two was not surprising. With these disruptions behind us, the economy is well on track to achieve 7.5 per cent growth,” said Venu Srinivasan, chairman, TVS Motor.

Infrastructure projects that had been announced are being implemented, while road projects have picked up pace. There is a positive sentiment in the cement and steel sector. Therefore, the capex cycle is bound to revive, Srinivasan added.

Others are betting on a revival in the rural sector. “The rural growth cycle has started picking up and it’s on a firm growth path,” said S Parthasarathy, group chief financial officer at Mahindra & Mahindra. Manufacturing too is on an upswing, he added. However, there are specific big industries that are in a logjam. With infrastructure projects picking up and the ongoing bidding for stressed assets, he expects those too to join the growth story. “On the back of all these, the second half of FY19 should see bigger growth,” he said.

Equity analysts also expect acceleration in corporate earnings, beginning in 2017-18. Their optimism is based on the recent improvement in the index of industrial production and GDP growth figures and an uptick in the top line growth of listed companies. Headline GDP growth improved to 7.2 per cent in the December 2017 quarter, compared with a four-year low of 5.7 per cent during the first quarter of 2017-18.

The combined net sales of listed companies (excluding finance and energy companies) were up 12.4 per cent y-o-y during the third quarter (ie, October-December 2017), growing at the fastest pace in three-and-a-half years. This has kindled hopes of a sustainable recovery in growth that has eluded corporates and markets for over three years now.

Earnings growth has accelerated in the last two years after a contraction during the period 2011-12 to 2014-15. The combined net profit of BS1000 companies was up 18 per cent in 2016-17, growing at the fastest pace in the last six years, driven by higher margins on the back of a decline in energy and commodity prices.

Internal accruals or shareholders’ equity accounted for a record 83 per cent of BS1000 companies’ incremental capex in 2016-17, against 32.4 per cent in 2014-15. In the past, a combination of higher return on equity and strong internal accruals has always resulted in a growth-capex boom and strong revenue and profit growth for corporate India.

Economists also see gains from a recent uptick in global economic growth. “World GDP growth is on an upward trajectory and it should boost our economic growth, as has happened in previous cycles. The quantum of gains will however depend on our ability to scale up exports in line with the recovery in world trade,” says Madan Sabnavis, chief economist, CARE Ratings.

The optimism has, however, been marred by the emergence of new headwinds that have the potential to slow the pace of recovery. First, it is the seeming inability of corporates to take advantage of the uptick in global growth and demand. Export revenues of nearly three-fourths of BSE500 companies (excluding those in energy and finance) either declined in 2016-17 or grew less than did overall revenues. The trend persisted in 2017-18 as well, with textile and garment manufacturers reporting their third consecutive month of declining exports in December 2017.

“We have seen a double-digit dip in our exports despite a benign demand environment globally. This could only be attributed to domestic structural issues that are making our industry uncompetitive compared to our peers in other Asian countries,” said Prabhu Damodaran, secretary, Indian Texpreneurs Federation, a Tamil Nadu-based association of textile manufacturers and exporters.

The decline in exports across sectors has led to a steady decline in the share of India’s GDP that comes from exports. Exports of goods and services are projected to account for 18.7 per cent of country’s GDP, which is the lowest in the last 13 years. In contrast, the previous boom in GDP growth and corporate earnings (between 2003 and 2008) was accompanied by a sustained rise in the ratio of exports to GDP. A slowdown in exports is weighing on capacity utilisation in the industrial sector.

“Capacity utilisation is currently around 71 per cent and it has been moving in a narrow band of 70-75 per cent for the last four years now. Historically, companies go in for expansion only if the utilisation level crosses 80 per cent and stays there for some time,” said Devendra Pant, chief economist, India Ratings. 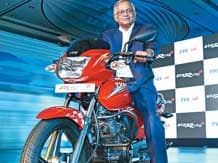 Corporate India also faces headwinds from the recent increase in commodity prices, including crude oil, and a sudden rise in interest rates in the last six months, with yields on 10-year government bonds rising 150 basis points. While the former could squeeze profit margins, the latter will raise the financial cost of capex for the corporate sector.

A combination of high interest rates and potential rise in consumer inflation owing to currency depreciation could also hit demand in the economy. A lower interest rate in the last three years has resulted in a boom in retail credit boosting demand for loan-financed products such as passenger cars, two-wheelers, household appliances, mobile phones and affordable housing.

Experts also see a risk from the growing reliance on government expenditure to maintain demand levels in the economy. Nearly 40 per cent of incremental GDP growth in the last 18 months came from higher government revenue expenditure — nearly four times the share of government consumption expenditure in GDP in a normal year.

However, he remains optimistic about India’s growth prospects in the medium- to long-term: “There are some structural issues hampering economic growth and the corporate cycle. This is likely to be resolved in the next 12-18 months, setting the course for strong growth in corporate earnings thereafter.” With inputs from Shally Seth Mohile