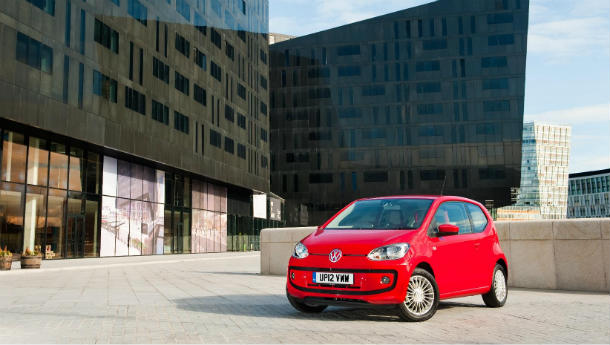 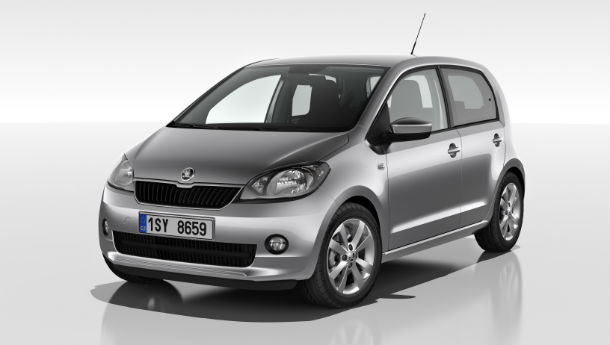 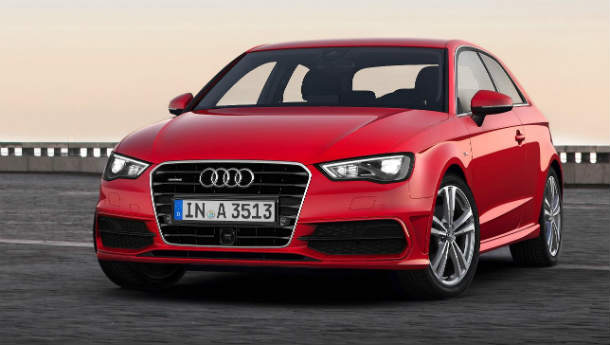 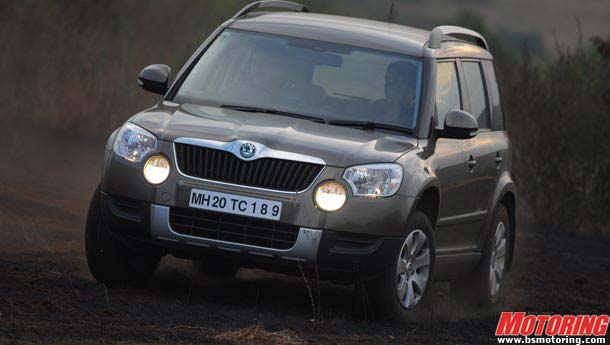 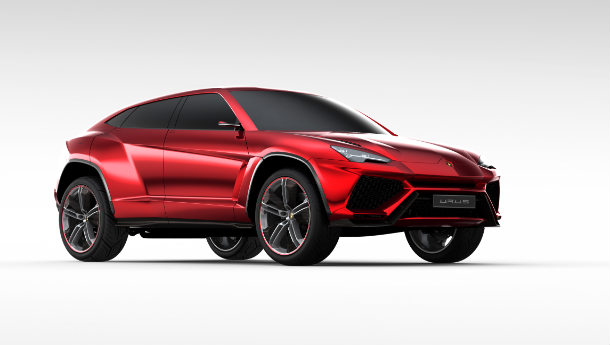 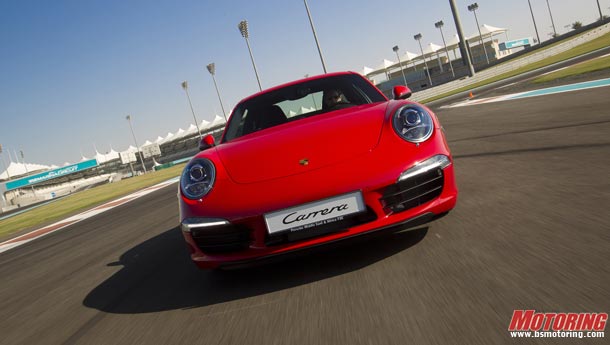 Can four platforms decide the future of seven brands? Ask Volkswagen and it probably might agree. Four three-letter abbreviations are responsible for the future of Volkswagen, Audi, Skoda, Seat, Lamborghini, Porsche and Bentley: NSF, MQB, MLB and MSB. Every new car to be launched from now until 2020, and possibly beyond, from these brands would be based on one of these four modular platforms.

So why is Volkswagen thinking of modular platforms? Well, the 60 billion Euro exercise is aimed at reducing the cost of developing, producing and hopefully maintaining cars from these brands. What’s more, the Group can now conjure up the next possible car to fit into a slot that doesn’t currently exist and bring it to the market way quicker than it ever has.

Cars from various brands can now be produced on the same line using the same parts, reducing the need for duplication of both processes and plants, thus bringing down the need for separate plants in several countries. In an industry fraught with overcapacity and changing economic scenarios, it affords Volkswagen Group the flexibility to change its product portfolio for any market for any brand at any point. An MQB-ready plant, for instance, can produce an Audi A3, Volkswagen Jetta and a Skoda Yeti on the same line by the same set of workers without them needing to be re-trained. As part of a Rs 2,000 crore exercise, the VW Group in India will make the necessary changes to its Chakan and Aurangabad plants as well.

All of this is to ensure that the Volkswagen Group becomes and stays the largest auto manufacturer in the world, while it increases its profitability even further. Who knows, it could change the way the entire auto industry functions! Sit tight as we take you through each of the four platforms.

The NSF or New Small Family represents the Volkswagen up! and its rebadged cousins from Skoda and Seat. Originally conceived as a rear-engined platform, Volkswagen later ditched the idea and opted for front-engined, front-wheel drive to enjoy the benefits of diving into the VW parts bin rather than developing unique parts. This also meant that the NSF platform cars turned out to be cheaper than they would have been.

While the platform is made to be a cheaper proposition, the up! won’t be coming to India in the guise sold in Europe. In fact, it may be stripped down and possibly re-engineered some more to make it a viable A+ segment competitor here. Yet, the possibility of the platform being limited to three and five-door versions of the hatch won’t be true. Volkswagen is contemplating enhancing the number of body styles, one of which is likely to be a compact SUV and possibly a people carrier. Globally, the compact SUV has gained tremendous traction, what with the Ford EcoSport and Renault Duster leading the way and the production version of the Suzuki XA Alpha being contemplated. Expect it to rest on the longer-wheelbase five-door platform with some sort of real-time all-wheel drive system, though it won’t be around until 2014-15 or later. A people carrier too could be on the cards, though details are sketchy at the moment. It’s quite likely to take on the likes of the Ford B-Max, but that’s just about the information we have at hand.

It’s quite likely that the same models will be badged a Skoda and/or a Seat. Interestingly, Audi too will have models on the NSF platform in the future like a new A2.

Over 40 new models are expected to find roots in the MQB platform from VW, Audi, Skoda and Seat. Designed to be a front-engined, front-wheel drive or all-wheel drive platform, the MQB can host a number of powertrains, from internal combustion to hybrids, electric and even CNG options.

The beauty of the platform lies in the fact that the current A00 (Polo, for example) to the B platform (Passat) can be supplanted with lots of common parts and similar construction techniques. It will also have standardised dimensions, such as the distance between the accelerator pedal and the wheel, but still keeping wheelbase, wheel track and other factors flexible. Standardisation of key production techniques and tools is the mantra here. From powertrain placement to tuning the welding and parts placement robots for different cars on the same line, it will all be possible thanks to standardisation. To know the highlights of the MQB platform, read the box on the right.

The new Audi A3 and the upcoming Mark VII Golf will be the first to be based on the MQB platform. The next-generation Audi TT, due by early 2013, the new A1 that’s headed to India by 2015, the Skoda MissionL and Octavia that are due in 2013 and several future generations of current models that are sold in India too will be based on the MQB platform. Volkswagen India will most likely make its Chakan plant the mother plant for any such operation, though we expect it to announce a capacity expansion in due course. Importantly, with the adoption of the MQB platform, VW India will have to enhance its localisation plans, opening up the doors for several suppliers to rake in the moolah.

MQB HIGHLIGHTS ENGINES
A new family of 1.2 TSI and 1.4 TSI engines, codenamed the EA211, will replace the EA111 and will feature cylinder deactivation, a first for a four-cylinder model in the world. New 1.6 and 2.0-litre diesel engines will also be part of the family. Petrol and diesel engines will be mounted in the same fashion so that gearbox and exhaust are in an identical position.

STRUCTURE
Lightweight frames and use of aluminium and steel hybrid structures, in combination with lighter engines, will result in savings of at least 40 kg.

MODULARITY
The rear section of the MQB platform is modular, resulting in an ability to accommodate battery packs or CNG kits.

STANDARDISATION
While the rest of the car is modular, the portion between the pedals and the front axle is standardised. So whether it’s the HVAC unit, the powertrain or even the steering unit, they will be standardised, resulting in huge cost savings.

TECH TALK
A new front-differential with torque vectoring makes understeer a thing of the past on front-wheel driven cars. A new pre-crash prevention system and multi-collision brakes should make the cars safer while a ‘progressive’ steering gives the car better dynamic ability without increasing effort.

The MLB is an Audi-developed platform for cars, since cars on this platform will be primarily aluminium built, although that may not be necessary. All cars on this platform will either be front-engined, front-wheel driven, all-wheel drive or rear-wheel drive. Like the MQB, the platform allows for pure electric or hybrids, although the Volkswagen Group is hedging its bets on hybrids rather than pure electrics if sources are to be believed.

Audi’s own models, like the A8 and A6, have aluminium monocoques, although expect that number to rise as Audi increases the number of models in its portfolio, like the BMW X6 rivalling Q6 and Audi’s own version of the Panamera, hypothetically dubbed the A9. The next-generation Volkswagen Touareg and Phaeton too will be based on this very platform and so will cars from Porsche like the next Cayenne and Panamera. Bentley’s entry on this platform may be a worry for purists, but expect the next Bentleys to be lighter and to use more parts from the VW bin, as demonstrated by the Audi V8-powered Continental GT. The radical Lamborghini Urus too will use the same architecture, but we expect more carbon fibre here than on any other model based on the MLB.

As Porsche now enters India with its own sales company, expect future Audis, premium Volkswagens and even Porsches like the Panamera and Cayenne to be assembled here in India on the same line. While such an exercise would not happen for the next few years, it would be in line with projected volume increases that the Volkswagen Group intends to achieve by 2018 in India. Don’t be surprised if the Aurangabad facility that currently assembles some premium VWs, Audis and Skodas becomes a pure MLB plant for the VW Group.

Intended to be the platform for all sporty models in the family, the father of the MSB will be Porsche, given their six decades of experience in building sports cars. The uniqueness of the MSB is that it is flexible enough to accommodate front-engined, mid-engined and rear-engined designs. Called the MSB-F (front), MSB-M (mid) and MSB-H (rear) they will be offered with rear-wheel drive or all-wheel drive.

While the new 911 has just hit showroom floors, the next one will go the MSB way, making it probably the only car in the platform with a rear engine. Porsche is also seriously contemplating a 930 and a 960 model which will be mid-engined – the 930 being a throwback to the great 959 and the 960 would be a four-door coupé, probably gunning for the Ferrari FF. The next Panamera and a smaller BMW 5 Series-baiting Pajun sedan will also be part of the

MSB-F. Bentley’s third generation Continental under the VW Group too would use the MSB-F’s underpinnings, while Lamborghini’s next Gallardo and Aventador replacement are on the MSB-M’s list. What may be interesting is that some of these cars could also be offered as hybrid models and it seems this platform is ready for such applications.