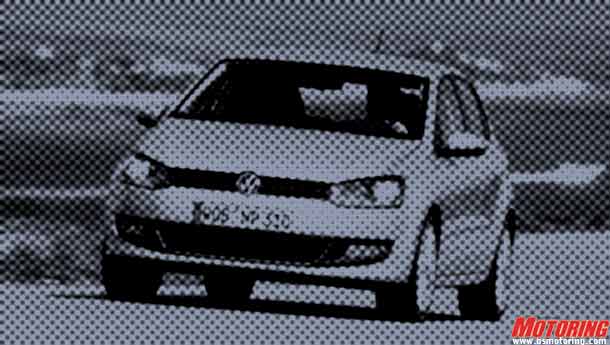 German car maker Volkswagen (VW) is looking to dislodge Honda’s dominance in the premium mid-size segment in India, with the launch of a new executive sedan in the second half of this year.

To be known as Vento, it is targeted primarily at the Honda City, which has been the segment’s best-seller since its launch in September 2008, clocking average sales of around 4,000 units monthly.

The new sedan is built on the same platform as the Polo, a premium hatchback launched by VW in February. The company will play the same strategy for the Vento as it has for the Polo, by positioning it in the premium category, in line with VW’s higher brand value in the country.

Pricing of the sedan is being kept under wraps by the company. However, industry sources say the Vento will be priced at Rs 9-10 lakh. Prices of the Honda City start at Rs 8.59 lakh for the base variant, with the fully loaded automatic variant costing Rs 11.04 lakh (ex-showroom, Mumbai).

“Volkswagen has clearly targeted the City segment as there is least competition there, with the Honda car managing to gain the maximum from this void. The drive, handling, interiors and exteriors of the Vento have been developed keeping in mind the City,” said the source.

The area where the VW sedan is expected to score over the Japanese counterpart is the diesel engine option to be offered on the Vento. Honda does not offer a diesel option on any of its cars. The Vento will be available in both diesel and petrol models, with the Polo’s 1.6-litre petrol engine due to be seen in the sedan, too.

Neeraj Garg, director, Volkswagen Passenger Cars, Volkswagen Group Sales India, said: “The way we were competitive when we launched the hatchback (Polo), similarly, we will be competitive in terms of value proposition and impact segment with the sedan. We are a premium brand with premium products and do not intend to be in the price-sensitive segment.”

This sedan from the German company, now among the top three car producing companies in the world, will be produced at VW’s new factory at Chakan, near Pune. This plant currently makes the Polo and Skoda’s Fabia.

While the Polo, with its limited localisation capabilities is available at Rs 4.45 lakh (higher than Maruti Swift and Ritz), the Vento, too, will be handicapped for similar reasons, as the engine and transmission, generally 35-40 per cent of a car’s cost, will have to be imported.

Honda Siel (HSCI), meanwhile, does not have anything planned for the City sedan this year in terms of refurbishments, as the company had added a new trim level to it just last year. HSCI had launched the 1.5V (in manual and automatic transmission). This new version got five-spoke alloy wheels, front fog lamps and beige fabric seats, among other features.

Other cars in the premium mid-size category include the Mitsubishi Lancer and Cedia, Chevrolet Optra Magnum and the Toyota Corolla Altis.