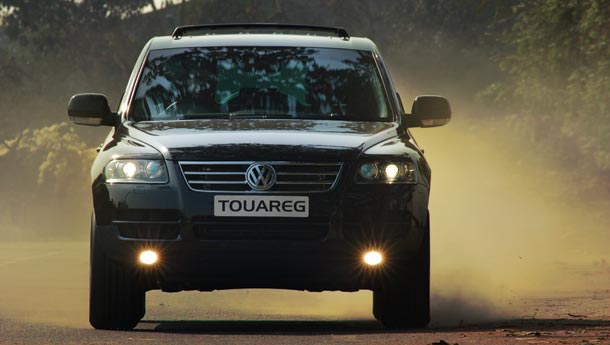 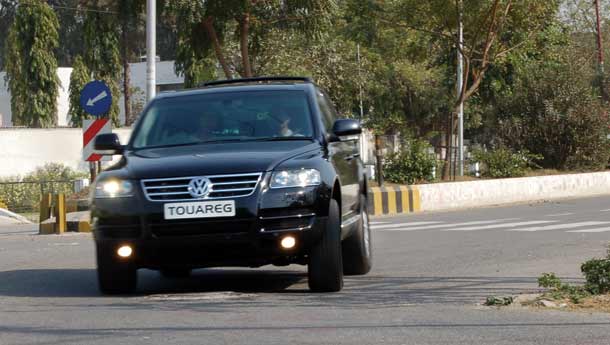 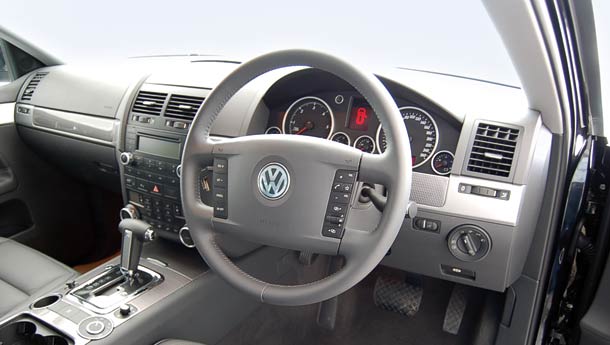 Of all the long-standing traditions in our country, motorsport, quite sadly isn’t one . No surprises then that we hardly ever get a competition inspired machine. And even when we do, we get the most sterilised and diluted versions of the lot. If you leave aside the potent but highly affordable 911 range, there is the rather attenuated Mitsubishi Lancer, which is a pale shadow of the Evolution series. Then there is the madhouse version of the Octavia which at 150 bhp is 30 bhp short of the real thing.

Adding this month to that grand total of three cars is an SUV that boasts of way more competition success in the recent past than the above lot. Well, believe it or not, the Volkswagen Touareg has had a tremendous run at the all-humbling Dakar. Last year, the Touareg finished third and this year they bettered that standing by one. What’s even more impressive is that they didn’t use a fire-breathing monster of a gasoline motor but a proper oil-burner to do the job. Incidentally, it’s the highest position ever achieved by a diesel and if you have about half a crore or so to spare, you too could be driving around in a piece of history. Now, it’s a completely different matter that all you will have in common with the rally machine is the dinner-plate VW sign up front. But what’s more important to note is that another new SUV has made its way here. Yes, Volkswagen is setting up shop, but before it does that, it already has a dealership in place, and as of today you can officially buy a Volkswagen.

But new? Not exactly. The sharper ones amongst you would know the Touareg is indeed based on the Porsche Cayenne. Don’t be too shocked either, because it’s not the first VW to share something with Porsche. Before this, there was the 924 whose engine was courtesy the Audi 100. This time around, the two share the doors, the suspension, the gearboxes and even a debut. Both were launched at the Paris Motor Show in September 2002 and soon yet another SUV will be sharing the gene pool – the Audi Q7. But that’s not coming here till later this year.   One thing VW hasn’t shared though (and I am glad they didn’t) is the styling. At nearly five metres in length, the Touareg sure is imposing, but it definitely doesn’t look intimidating. The design is completely fuss-free and VW have done a great job of making something this big look rather stylish. A bit of a gentle giant then as compared to the forced look of the Porsche. It’s certainly more country than town though, and the short overhangs make it look like a tundra-hopping ute. And the name? Apparently, it’s derived from a ‘resourceful and intelligent Saharan tribe.’ Hmm... if they are so intelligent and resourceful, what exactly are they doing in a big desert?

Anyway, the Touareg is available with a choice of five engines, starting from a 3200cc, 241 bhp V6  to the range-topping 6000cc, 450 bhp V12 petrol. I, however, had the middle of the range 2967cc, 225 bhp diesel motor at my disposal. This V6 is one of Volkswagen’s new-gen engines that gets four valves per cylinder and piezo electric injectors which allows up to four fuel injections per cycle for better combustion. While other highlights include a variable-vane turbocharger, what is interesting is that it doesn’t get VW’s famed PD technology. The V6 puts out a rather impressive 50 kgm of torque that is fed through a six-speed Tiptronic automatic gearbox and reaches the road through VW’s 4Motion four-wheel-drive system. In its off-road arsenal, it gets a low-ratio gearbox, a traction control system linked to the auto-locking centre differential, optional front and rear lockable differentials and a hill start/descent system. Sounds good, but since these SUVs  rarely muddy their tyres, we’ll stick to the on-road bits. For the record though, the Touareg can ascend or descend hills as steep as 45 degrees, lean more than 35 degrees without threatening to fall over and wade through 23 inches of water. Quite literally the  vehicle to have if you ever get caught in an ‘Independence Day’ kind of scenario.

Now, at almost two-and-a half  tonnes, the Touareg is a bit portly but the V6 has no problems hauling the Touareg’s considerable bulk. The TDI motor is actually an agreeably muscular engine, but it doesn’t give the Touareg the sheer accelerative zip of a softroader. Despite this, Volkswagen claims a sub-10 second run to 96 kph and I certainly have no reason to doubt that.   The good thing about the Touareg is that its demeanour comes through loud and clear minutes after you settle in behind the wheel. Unlike a BMW X5, the Touareg doesn’t bother too much with being politically correct. It’s a big, unabashed, diesel-sipping off-roader and that’s exactly what it feels like.  In that sense it really is honest to a fault.

That engine revels in being a characteristic diesel motor rather than attempting to mimic a petrol. It’s pleasingly obtrusive at idle and when you floor it, the note never exceeds a dry subdued bark. You really don’t feel the need to push the engine much above 3000 revs and the gearbox plugs nicely from one fat slug of torque straight into the next. Power delivery is relaxed and effortless, ideal for wafting, and once up to cruising speed, it feels unstoppable.
The V6 TDI rides on double wishbone suspension all round with coil springs (air suspension optional) and as expected, handling too is like a typically big off-roader. Once again, it never lets you forget that you are driving something bulky and there is plenty of body roll. The Touareg is as uncomfortable in corners as a certain Mr Ganguly was with the short one. Driven with a certain amount of enthusiasm, it struggles for grip but the soggy suspension does make for floaty progress at speed and is great at soaking up disintegrating urban roads.

Yes, it’s one of those SUVs that instantly puts you into cruise mode and you are content to waft along. Part of this ability lies in the well appointed interiors. Standard equipment on the Volkswagen Touareg includes climate control, a good-sounding  ten-speaker CD system and a huge airbag count. Apart from an uncommunicative steering, the Touareg is great for covering extremely long distances in a relaxed manner.

But here’s a question. What would you rather mention at a dinner party? That you drive a Volkswagen or that you drive a Porsche? And that unfortunately is the Touareg’s biggest drawback. You see, apart from all the other bits, the Cayenne also shares a price tag with the Touareg. But if you really want the VW, I suggest you opt for the full-blown white-knuckled V10 (see box), which incidental ly has the most powerful diesel ever fitted to a production car. However, if you still opt for the Touareg over the Cayenne, we’d endorse your decision – but it will be a difficult decision to reach.

As for the Dakar pedigree, you’ve heard of the 959 haven’t you?