VW might triple its SUV line-up to overtake Toyota 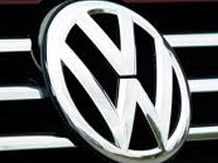 The VW marque will offer as many as six SUVs in the coming years, expanding from the mid-sized Touareg and compact Tiguan currently on sale, say the people, who asked not to be identified in advance of an official announcement.

Demand for SUVs is rising, with the models likely to account for 20.1 per cent of global production by 2018, compared to 17.6 per cent in 2012, according to consulting company PwC. The VW nameplate's focus on traditional cars, such as the Golf hatchback and Passat sedan, has in particular held back the brand in the US, where rivals have wider SUV offerings.

"The SUV segment is still growing globally, and it's a key segment for all manufacturers," Roman Mathyssek, a Munich-based analyst at Strategy Engineers, consulting company, says. "The VW brand still has growth potential in SUVs, which could especially help them to build a stronger position in the US and in emerging markets."

VW may also offer a sub-compact crossover, which has characteristics of an SUV and a traditional car, choosing between the boxier Taigun and coupe-like T-Roc prototypes displayed at recent auto shows, the people say.

In addition, VW plans to build a mid-sized SUV based on the CrossBlue concept that is scheduled to go on sale in the US in 2016.

Rounding out VW's offerings in the segment is the $44,570 Touareg, the brand's first and largest SUV. Officials at Wolfsburg, Germany-based Volkswagen, the world's second-largest automaker, declined to comment on the manufacturer's SUV plans.

"Japanese manufacturers were very early to realise the potential of on-road SUVs and developed differentiated products to complement their passenger-car offerings before most European peers," says Christoph Stuermer, lead analyst, PwC's Autofacts. "A growing number of planned coupe-style variants will add to the dynamic of the trend toward SUVs and crossovers."

SUVs typically are more profitable than cars. The models being considered would be targeted at helping the VW brand approach a goal for operating profit to exceed 6 per cent of sales, compared to a margin of 2.9 per cent earned last year.