This is the first VW produced specifically for India and will compete with the entire compact sedan segment of this country. 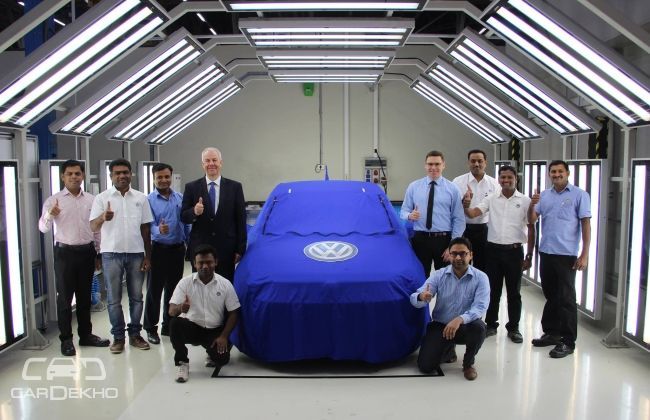 Volkswagen India has released a new picture featuring a wrapped-up upcoming Ameo sedan straight from their Chakan manufacturing facility. As seen in the picture, the vehicle is standing in the quality check area, which is usually the last process of manufacturing, indicating it is ready to go! As we all know, the vehicle will make its world premiere at the upcoming 2016 Auto Expo, while launch can be expected soon after. The German automaker had revealed the name of the sedan a few days ago. Yesterday, the rear profile of this Volkswagen sub-4m sedan had surfaced over the web, check it out.

Besides the name and the rear taillamps of this sedan, VW has restrained from revealing any more information about this upcoming model. However, it is obviously expected to borrow features and mechanicals with the Polo hatchback. Speaking of the automatic option, VW offers 7-Speed dual-clutch automatic with both petrol and diesel engines in the country in Polo and Vento. The new Ameo is most likely to get auto options, but it is yet to seen whether it will be offered with both the engineoptions. 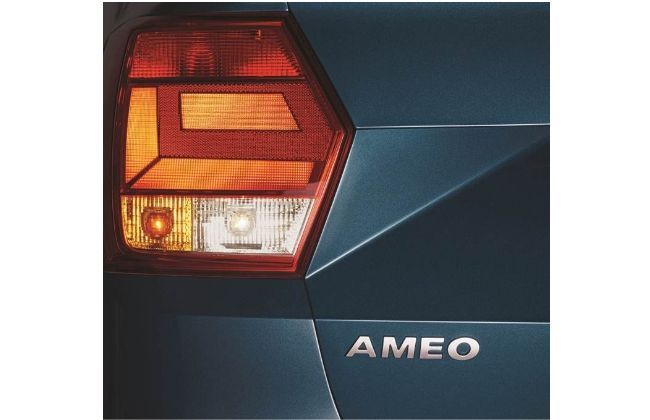 Speaking of its competitors, VW Ameo is like ‘the’ last entrant in the segment and will be competing with the most recent one like Ford Figo Aspire along with rest of the rivals like Tata Zest, Hyundai Xcent, Honda Amaze and Maruti Suzuki Dzire.