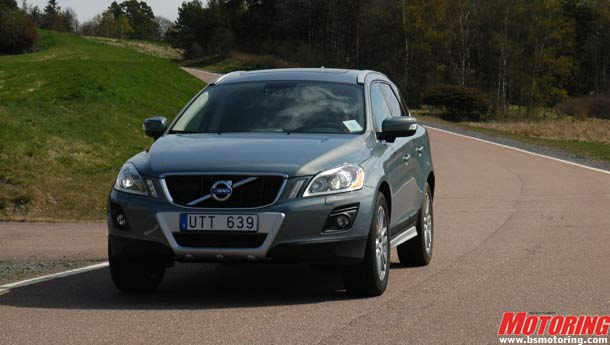 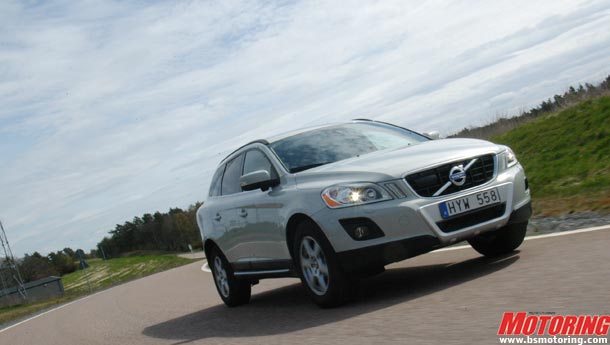 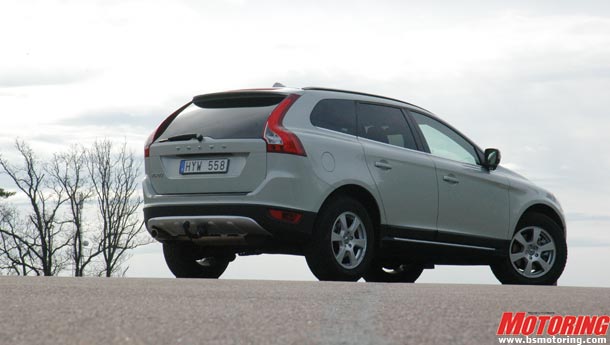 If you look at the dashboard area, you’ll realise that there’s a lot of textures that we have played around with. Just like the Swedish landscape, where rock emerges from a bed of grass, here’s where the hard-looking surface rises up from the softer background’, says Jonathan Disley, programme chief designer, interior, as he runs his hands over the XC60’s interiors. ‘It’s heavily influenced by Scandinavian design’, he says. I strain to see the same stuff through his eyes, but all I see is a spot of grey, acres of black and some brushed aluminium trimmings. Sigh. Maybe that’s because I’m a thoroughbred Indian.

In Sweden, invited by Volvo to drive the XC60 that’s slated to land on Indian shores soon, I stand beside the vehicle, realising the eye for the minutest details that the design team seems to have. Fedde Talsma, the mind behind the exterior of the XC60, ushers me to the front of the Volvo. ‘We have increased the size of the Volvo badge on the grille, because we wanted it to be more identifiable on the road.’ Okay, so it seems a tad bigger, but not by that much. Then we hop to the rear and Fedde tells me how the design of the tail lights keeps the Volvo design heritage intact, but now imparts a stronger vibe to the car. Now, this I can relate to.

Look at the XC60 and you can mistake it for no other. Yet, it’s quite un-Volvo in the way the lines curve rather than go box-straight. This is a good looking vehicle, whichever angle you might look at it from. The shoulders of the car are broad and brawny, making you realise how even the otherwise diminutively built Napoleon seemed imposing with the huge shoulder pads sewn under his uniform. The roof line rises up as it reaches towards the rear, where it tapers downward with a graceful coupé-like slant. Very smart indeed.   Safety is a Volvo priority, so much so that the XC60 is packed to the mirrors with systems such as ‘City Safety’, which can avoid a collision altogether by bringing the crossover to a halt, provided that it’s within certain parameters. Pre-prepared restraints are another ingenious function, which ready the airbags and seat belts according to the calculated crash impact loads in frontal collisions.

In addition to these onboard safety gadgets, Volvo has built the skeleton of the XC60 using various different grades of steel, to provide deformation zones of varying degrees. For example, the lateral beams on the doors are built out of tough boron steel, as these zones are designed to dissipate the force towards the side, rather than into the passenger compartment. It’s good to know that you’re safer in a car like this, but one must remember that no amount of design nor engineering can ever substitute safe driving habits.

Since we’re on skills, it doesn’t take too much to realise that the XC60 is quite potent on the road. Powered by a 2.4-litre, inline 5-cylinder turbodiesel that produces 205 ponies at 4000 rpm with 42.8 kgm of torque, the D5 motor is revved till about 3500 rpm before the 6-speed auto upshifts into the next gear. But gun the throttle, and the transmission lets the engine rev a bit harder, this time to about 5000 rpm, before it slips into the next cog. The shifting is smooth but not quite seamless.

Slowing down the XC60 is relatively hassle free. Standard add-ons include ABS with EBD and EBA. The XC60’s brakes will capably shed pace quickly, with no hair-raising antics, and return reasonable feel when summoned. The parking brake is activated with the touch of a button, but is released automatically when the transmission is plonked into drive and the pedal is given some gas. Convenience is a great thing, really.   Around corners, the XC60 feels quite planted. But anything past 80 kph and if the kink is tight, the Volvo’s rear tends to step out a bit, something that could well be attributed to the softer suspension setup. Driving on a well-laid track at the Volvo factory didn’t really give me an opportunity to try out the XC60 over broken road surfaces, but since it’s heading to India, the manufacturer must have faith in the vehicle in that regard. On the whole, the XC60 is a very pleasing drive. Steering feel is light and the ample interiors couple with roomy seats to provide comfort for the occupants on the go. The rear seats drop down to furnish space that can swallow everything from a couple of large suitcases to picnic essentials sufficient for a family of four with ease.

Volvo plans to price the XC60 in the range of Rs 38 to 45 lakh. This means that the Volvo will fight it out with competitors in the form of the Audi Q5, the Freelander 2 and the BMW X3. In India, cars badged with the four linked circles and the black-and-blue propeller have a stronger brand image than others. On the other hand, the XC60 has more features than the competition.

The XC60 is good at what it does and is certainly a rewarding machine. It has the capability to turn heads on your roads too. But driving the Volvo might not leave an indelible impression on you. It will make you smile and keep you that way for a long time to come. Just don’t expect it to exhilarate you.