Volvo is repeatedly teasing the upcoming XC40 on Snapchat, which is set for a reveal on 18 May in Gothenburg, Sweden. The Swedish automaker did not confirm the teased concept, however, it is believed to be Volvo’s anticipated smallest crossover – the XC40. Moreover, you can also expect the introduction of the next generation 40-series –  the V40 and the V40 Cross Country. A new entry-level sedan is also on the cards – the S40. There were reports from last year indicating Volvo’s intentions to elaborate its 40-series vehicles and all the teasers and expected models validates the same. 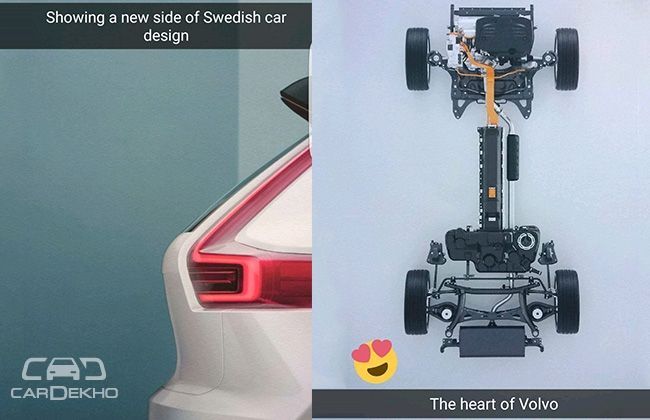 The latest teasers showcase the XC40’s taillamps mimicking the XC90’s and its plug-in hybrid powertrain. The picture also reveals the tailgate mounted spoiler similar to what Volvo offers with the XC90. The hybrid powertrain that the company has teased was revealed last year. 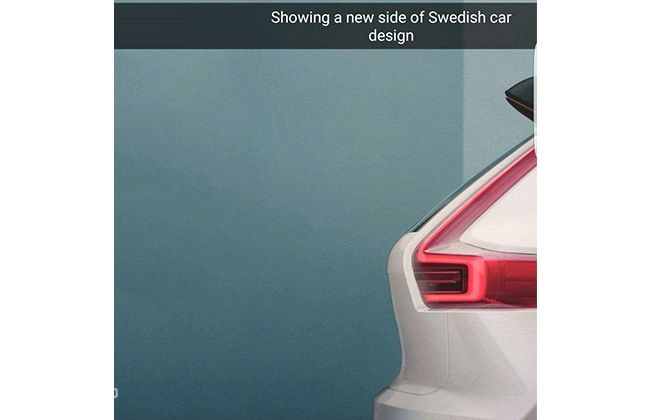 Volvo introduced the T5 Twin Engine which will be used with the CMA (compact modular architecture) platform based car. The upcoming 40-series vehicles will be based on the new CMA platform from Volvo. In the previous set of images, Volvo had revealed the Thor’s hammer LED daytime runnings lights of the XC40 – this current staple DRL style started with the second generation XC90 – along with LED fog lights. All these show car shenanigans might not make their way over to the production-spec model. Volvo has said that the CMA based cars will go into production in 2017. 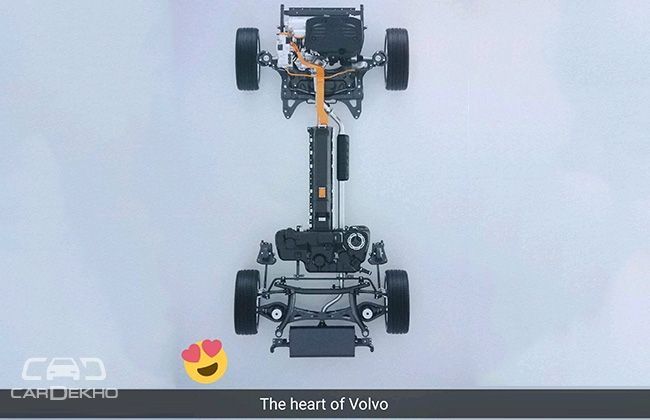 Don't Miss: What we know so far about the XC40 and the next-gen V40