Volvo has unveiled the S90, it’s premium mid-size luxury saloon. The S90 goes up against the likes of the Mercedes E - Class, Audi A6, BMW 5 - Series and the Jaguar XF as well. Overseas, the S90 gets a 394hp T8 Twin Engine plug-in hybrid powertrain, However, in India expect it to be powered by the same 2.0 litre diesel motor that powers the XC90 currently.

“With the launch of the XC90 we made a clear statement of intent. We are now clearly and firmly in the game. With $11 USD billion of investment over the past five years we have not only reimagined what Volvo Cars can be – we are now delivering on our promise of a resurgent and relevant Volvo Cars brand,” said Hakan Samuelsson, President & CEO, Volvo Car Group. 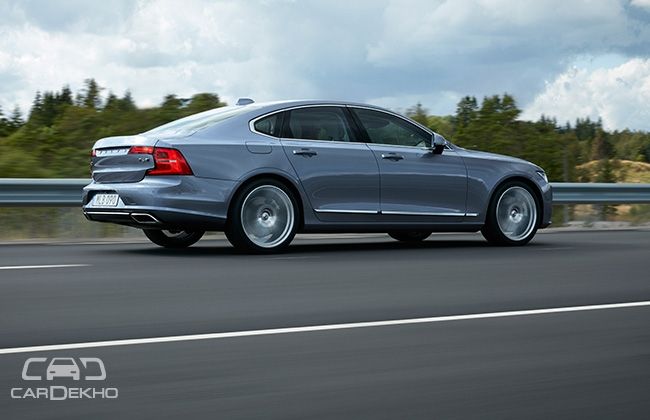 The S90 also features Volvo’s Pilot Assist feature. In Volvo’s words, ’The system gives gentle steering inputs to keep the car properly aligned within lane markings up to motorway speeds of around 130 km/h and no longer needs to follow another car.’ The vehicle is also equipped with tech that can detect large animals, night or day. The technology will not only warn the driver, but also assist in braking, if necessary. 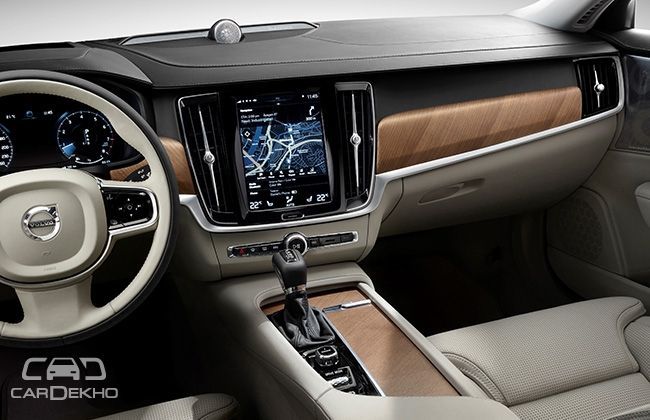 Tom von Bonsdorff, Managing Director, Volvo Auto India says, “We in India are very excited with the global unveiling of the S90.  After the success of the XC90, we are confident that the All-New S90 will capture the imagination of the discerning luxury sedan customer in India. S90 flagship luxury sedan features the brand’s new design language with Thor’s Hammer LED light signature. In India, we will unveil the car and price in the 4th quarter of 2016 and the deliveries are planned thereafter.”

“Our idea was to bring something entirely new to this rather conservative segment and deliver a visual expression that exudes leadership and confidence on the exterior. On the inside we have taken the S90 to the next level, delivering a high-end luxury experience that promises comfort and control,” said Thomas Ingenlath, Senior Vice President Design at Volvo Car Group. 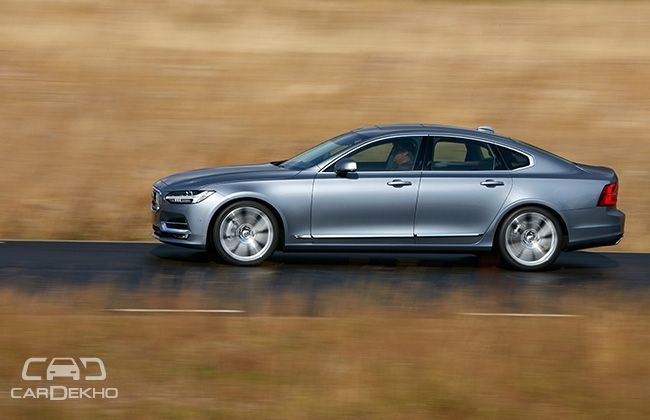 “The S90 has taken a big stride forward in terms of driving dynamics, performance and ride. We have completely redesigned the Volvo driving experience from the ground up to deliver a sense of precision, engaging control and comfort,” said Dr Peter Mertens, Senior Vice President, Research & Development at Volvo Car Group. 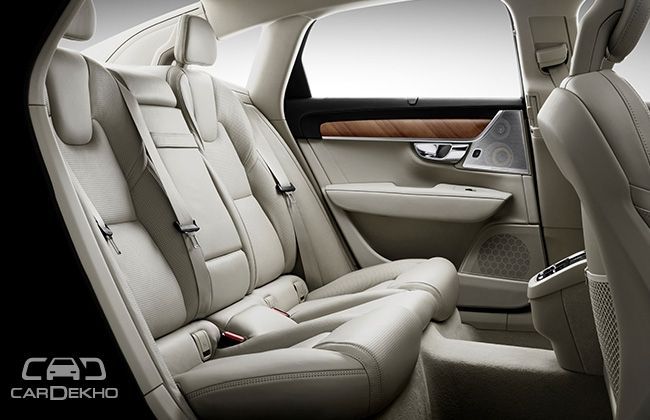 The S90 is all set to hit Indian shores in the fourth quarter of 2016. As is the case with most Volvos, expect this one to be priced a notch below the competition without skimming on the features.