Volvo India will launch its new sedan, the S60 Cross Country, on March 11. The sedan, which made its debut at the Detroit Motor Show 2015, not only has a greater visual appeal but also comes with an all-wheel drive system with ride height up by 65mm over the standard S60 to allow buyers the choice of a four-door sedan body style and yet give them the freedom for occasional off-roading. 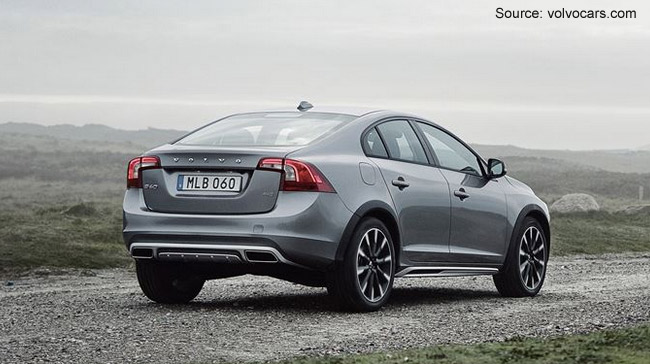 Internationally, the S60 Cross Country gets the option of front-wheel drive and all-wheel-drive. For India, the S60 Cross Country will come with a five-cylinder 2.4-litre D4 engine that makes 178bhp. The car also comes with the same equipment seen on the top-spec standard S60 sedan and also offers AWD- and SUV-like ground clearance.

Volvo is expected to launch a slew of new models this year in India with the company expected to introduce its Polestar performance division sometime during the year with a performance version of the S60 sedan along with more mainstream models like the V40 and V40 Cross Country facelifts.