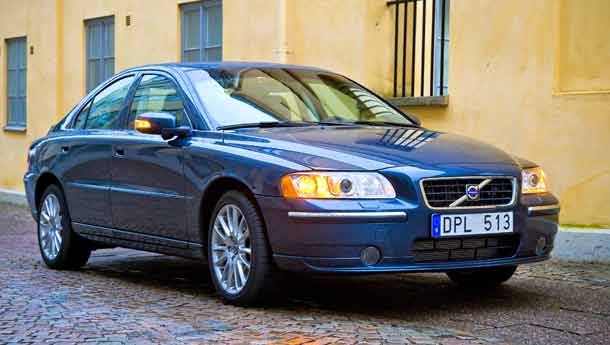 Swedish luxury car-maker Volvo Car is expected to launch its luxury sedan S60 in India by 2010, once the car is reintroduced in the European markets in the middle of next year.

The company would also consider setting up an assembly facility in the country as soon as Volvo Car India, the Indian subsidiary of the Ford Group company, starts selling at least 2,000 units a year.

"We will be launching the S60 in the Indian market after it is rolled out in Europe in the middle of next year. We hope to have it in India before the end of 2010," Volvo Car India Managing Director Paul de Voijs said.

The S60 was phased out since May this year and the new car would be an advanced version, he added.

Volvo Car India, which sells its vehicles as completely- built-unit (CBU) here, would bring in the S60 from its parent facility in Belgium.

When asked about setting up its own production facility in India, Voijs said the firm would look at having an assembly plant only after achieving a "reasonable sales target".

"We will look for annual sales of, may be, around 2,000- 3,000 units before setting up an assembly plant here. Our major plants in Sweden and Belgium have still got a lot of extra capacity," he added.

Voijs said the company is also exploring possibilities to bring its SUV XC60 in the country, although no final dates have been fixed for the launch of the crossover model.

Volvo Car India currently sells its sports utility vehicle (SUV) XC90 and sedan S80 in the country in both petrol and diesel variants, which are imported from its Swedish plant. It had sold about 100 units last year.

"We have not set any target for this year, but we hope to cross last year's figures and so far it is promising," Voijs said.

Besides, the company is expanding its dealership network to 12 by the end of this year from the existing 7 showrooms.

Voijs said discussions were on to open outlets in Goa, Ahmedabad and Bangalore, while looking for options to set up dealerships in Jaipur and Kolkata.

"With 12 dealerships, we can reasonably cover the entire country and then we will look at increasing our sales," he said, adding, that the luxury car segment in India is growing faster than the entire Indian car market.

To a query on the likely sale of Volvo by Ford, Voijs said, "Ford is looking at buyers to sell the brand, but I don't know when and to whom. However, it will have no impact on Volvo in India and we are already in the process of creating our own legal entity."

The struggling US auto major Ford had reported a loss of over $14 billion in 2008. It has been reported that the company may sell off Volvo, which it had acquired in 1999 for over $6 billion for cost restructuring.

Volvo has two facilities in Sweden, besides one each in Belgium, China, Thailand and Malaysia.