Volvo is on a roll to strengthen its foothold in the Indian market. The Swedish auto giant has inaugurated its biggest dealership in the country in Vijayawada, Andhra Pradesh. Located opposite to Chaitanya college, the dealership covers an area of over 26,000 sq ft. The facility has three floors and will provide both sales and after-sales services. The dealership is called SRK Cars and is owned by Manoj Krishna, also the co-owner of a Volvo Cars dealership in Vishakhapatnam. The inauguration took place in the presence of Jari Kohonen Volvo Cars Group VP Asia-Pacific and Tom Von Bonsdorff managing director Volvo Auto India.

The entire Volvo India lineup comprising of the XC90, the XC60, the X80, the S60, the S60 Cross Country, the V40 and the V40 Cross Country, will be retailed through this showroom. After the inauguration, Kohonen said, "India is an important growth market for Volvo Cars globally. With an expanding dealer network and an exciting range of car launches planned ahead in the year, we have a very promising year to look forward to." 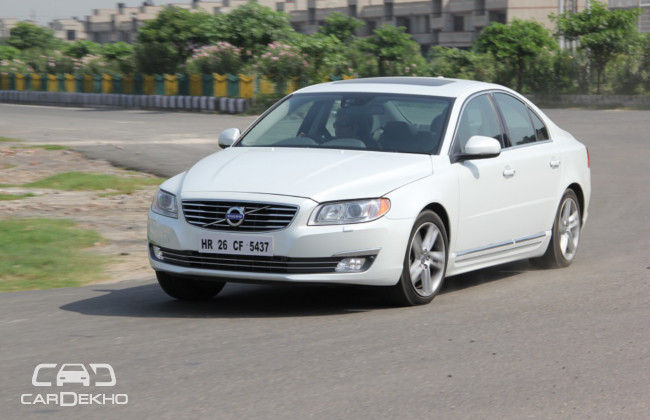 Following Kohonen’s footsteps, Bonsdorff stated, "Thanks to the great performance of SRK Cars, Volvo Cars' share of the luxury car market in Andhra Pradesh is among the highest in India. Opening a new dealership at Vijayawada is an obvious step towards amplifying our position further in the state. The city, also known as the 'Business Capital of Andhra Pradesh' is one of the major trading and business centers of Andhra Pradesh. With the launch of Vijayawada dealership, Volvo Cars is happy to be strongly present at two major cities in the state, with the other being Visakhapatnam.”

While Krishna said, "We are glad to take forward our long standing relationship with Volvo Cars. With a world class facility, equipped with state of the art technology, the new showroom truly speaks of Volvo's Retail Experience concept. The dealership will have all the cars lines available for the prospective consumers."