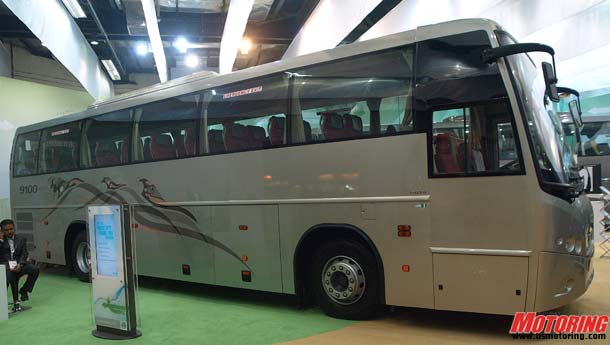 The 105-seater single bus would have a two-month trial run in the city, expected to be from this month itself, he told reporters here. As per a preliminary reports, it cuts diesel fuel costs by 30 per cent, while emissions are significantly less, Ashoka said. According to officials, the Volvo 7700 hybrid has a diesel engine and an electric motor, which can be used either independently or jointly. The battery that drives the motor is charged through re-generative braking. The engine shuts off when the vehicle is stationary and does not start again till the bus reaches 15-20 kph, further saving fuel, they said. Meanwhile, new bus depots are being established at five places in Karnataka, including Mysore and Udupi under a public-private-partnership model, Ashoka said. In addition to the depots at Tumkur, Challakere, Hassan, Udupi and Mysore, a divisional workshop would be set up in Puttur, where a new bus stand would also come up, he said.

Ashoka added foundation stone would be laid tomorrow for a new depot of Bangalore Metropolitan Transport Corporation at Devanahally on 3.6 acres of land on the city outskirts. The depot is a Rs 3.6 crore project.