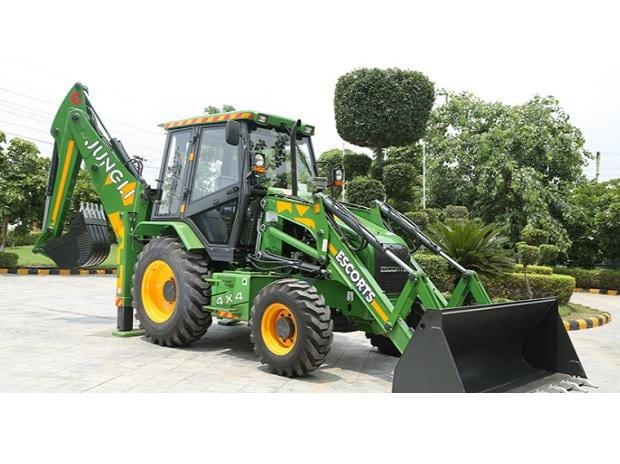 Led by strong volumes across its business segments, Escorts reported a better than expected performance in the December quarter. While volumes in the tractor segment — which accounts for 80 per cent of the revenues — were up 12 per cent, the construction equipment business (14 per cent of the revenues) reported a volume growth of 33.4 per cent. Overall revenues for the quarter were up 10.3 per cent over the year-ago period to Rs 12.05 billion.

The performance on the operating front has been even better, with profits growing at 58.5 per cent, while margins were up 366 basis points to 12.05 per cent. Margin gains were led by the tractor business, which reported a segment-level profitability of 14.6 per cent, up 421 basis points over the year-ago period. Cost reduction initiatives — both on raw material and human resources fronts — and benefits of operating leverage boosted profits. What also helped was the breakeven for the construction equipment business at the segment level, with a margin of 2.2 per cent. To overcome the pressures due to higher commodity costs, the company raised prices in the September quarter, which was reflected in the December quarter. The company has hiked prices in the current quarter as well.


On the tractors business front, rural initiatives by the government, including subsidies for buying farm equipment, and a good monsoon helped keep the demand robust. While the segment has grown in line with the industry for the first nine months of the current financial year (FY18), the company expects the segment to outperform in the March quarter, given the strong demand from the northern and southern parts of the country, and the good rabi season. Going ahead, government initiatives to boost rural economy in the Budget could add to the growth momentum for the sector, which is expected to end FY18 with a growth of 15-16 per cent. The company, which has a market share of 11 per cent, expects to gain 200-300 basis points in market share over the next three to four years, on the back of new products, distribution strength, and improved rural demand.


The company expects the growth in the construction segment to remain strong, as demand for its products, such as pick-and-carry cranes and backhoe loaders, would increase on the back of road construction activities and infrastructure projects, including the Metro projects. For the railway segment, which makes up 6 per cent of the revenues, growth triggers include increased proportion of orders for the current portfolio as well as launches.