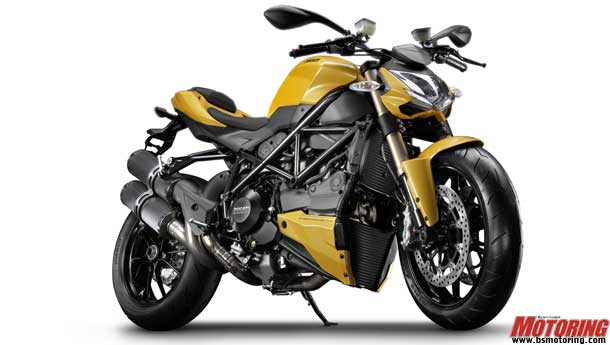 The Volkswagen and Audi supervisory boards approved the purchase on Wednesday and aim to complete the transaction as quickly as possible, Audi said in a statement.

The VW unit will pay owner Investindustrial SpA euro 860 million ($1.1 billion), including debt, for the Bologna, Italy-based company, a person familiar with the matter said yesterday. On Wednesday’s release had no price.

“Ducati is known worldwide as a premium brand among motorcycle manufacturers and has a long tradition of building sport motorcycles,” Audi Chief Executive Officer Rupert Stadler said in the statement. “It has great expertise in high- performance engines and lightweight construction.”

Hero MotoCorp Ltd, India’s biggest motorcycle maker, had also expressed interest in Ducati after Milan-based Investindustrial made it known in February that it planned to sell the company.

The deal will aid Audi in its competition with Bayerische Motoren Werke AG, which makes BMW and Husqvarna motorcycles, as they vie for the lead in luxury vehicles.

The purchase will make Ducati the 11th brand in VW’s portfolio.

He publicly expressed interest in buying Ducati in April 2008 before eventually losing out to Investindustrial.

“Ducati is a strong brand in a very specialized segment — a bit like Lamborghini,” said Juergen Pieper, an analyst with Bankhaus Metzler in Frankfurt. “It’ll give Audi a bit of a marketing boost and it’s very profitable, but you still have to ask whether there’s not better use for $1 billion.”

Ducati, which last year sold about 42,000 motorcycles such as the $28,000 Superbike 1199 Panigale S Tricolore, posted a 39 per cent increase in earnings before interest, taxes, depreciation and amortization to 93 million euros in 2011, a person familiar with the financial figures said March 13. Revenue rose 20 per cent to 480 million euros, giving it a profit margin of about 19 per cent. Audi’s operating profit was the equivalent of 12.1 percent of sales in 2011.

Volkswagen last year sold 8.36 million vehicles, generating 159 billion euros in revenue. VW, which also plans to integrate the Porsche car brand, had net liquidity of 17 billion euros at the end of 2011, according to its annual report.

The Ducati deal marks an entry into the motorcycle business for VW and another asset in Italy after buying Lamborghini and Italdesign Giugiaro SpA. Piech has also expressed interest in the past in Fiat SpA’s Alfa Romeo brand.

Ducati, which was founded in 1926, sells the Superbike, Monster, Streetfighter, Hypermotard, Multistrada and the new Diavel models in 65 countries.