Volkswagen updates the Jetta, as the Octavia is here

Volkswagen has updated the Jetta, as the new Octavia from Skoda is here. The Octavia directly competes with the Jetta, and now the Jetta gets Xenon headlamps and even automatic climate control. The Jetta is being offered with the same engine options still. Nissan will soon showcase the Qashqai and the company has already began the teaser campaign for this SUV. The new C-Class Celebratory Edition will go on sale from the 12th of this October. If you have missed out on all the action this week, we were take you through the major happenings in this story. Do not forget to subscribe to our newsletter and also vote for CarDekho as your favourite Automotive Website of the Year. (https://websiteoftheyear.co.in/car-dekho/index.html)   Updated Volkswagen Jetta coming soon 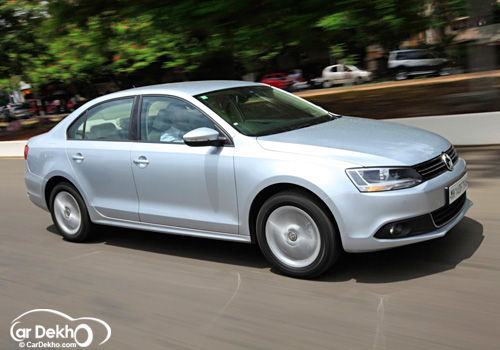 Recently, Skoda launched the next-generation Octavia, which has received an overwhelming response from the buyers. Seeing the increasing competition Chevrolet too introduced the facelifted Cruze in India. Like two other car makers, Volkswagen is also planning to launch the facelifted version of Jetta to not let its competitors take the edge.      Nissan begins the countdown for Qashqai. Comes to India next-year

The countdown has begun. In 10 days, Nissan will unveil the most significant car in its modern history – a model that will redefine the crossover sector and set new standards across the board. New Qashqai is coming.   Mercedes-Benz to launch the C-Class Celebratory Edition on 12th

Celebrating the product 10 million vehicle mark on the C-Class, Mercedes-Benz India will introduce the C-Class Celebratory Edition. This version of the C-Class, will mean that all the new sedans will come with the Edition C badging.   Vettel clinches his 4th title at Buddh International Circuit Its celebration time for Red Bull Racing as triple World Champion - Sebastien Vettel clinched his third consecutive win at the Airtel Indian Grand Prix in New Delhi and thus became "World Champion" for the 2013 season, 4th time in a row. This podium finish also translates to the fact that the Constructors trophy now belongs to Red Bull Racing this season which once again is a 4th consecutive one in a row. Sebastian Vettel is the youngest four-time World Champion in Formula 1.   SCOOP: Volvo to introduce an all-new model in India

Volvo might not be participating the 2014 Delhi Motor Show, but the Swedish automotive manufacturer has aggressive plans for India in 2014. The company will introduce the facelift version of the S80 and we can also expect the all-new XC90 to land on Indian shores by the end of 2014, postpone its global unveiling. Our sources confirm apart from these two, Volvo will also be introducing one more product.   2015 Mercedes-Benz C-Class leaked, details inside

It has been a while since the 2015 Mercedes-Benz C-Class has been spotted testing, and now the first official images of the model have been posted on the interweb. The company recently teased the new generation C-Class, the W 205, which is expected to be unveiled at the 2014 Detroit Motor Show. The company has already posted some of the images of the 2015 C-Class, showing its interiors.     New Tata Sumo Gold Launched at Rs 5.93 lakh

The home-grown auto major Tata Motors has today launched the new Sumo Gold at a starting price of Rs 5.93 lakh (ex-showroom, New Delhi). The new Sumo Gold has been made available in 5 variants- GX, FX, EX, LX and CX and four new exciting colours- Blazing Red, Twilight Grey Arctic Silver and Porcelain White. The similar vehicle was unveiled at HORIZONEXT, a couple of months back.   New Generation Honda City rumoured to be unveiled next month

Amidst all the speculations about Honda's plans of unveiling the next generation Honda City, Honda Jazz and a brio based MPV 'Mobilio' at the Indian auto expo, a new media report has now claimed the unveiling of the all new Honda city as early as next month. As we already know, this time Honda City will have a diesel powertrain as well. However, we still believe that the unveiling will be done at the expo only and the launch will take place in mid 2014.   2016 Audi Q1 in making, more details emerge

Like Audi A Series - A1 to A8, the company's SUV range is also following the same route, and is working on its smallest SUV Q1. The baby SUV will directly compete against Nissan Juke, and will be positioned as a more upmarket compact sports utility vehicle. This vehicle will join the Q3, Q5 and Q7, which will later be joined by the Q8 SUV. It is expected to come by the early 2016.   Mercedes-Benz to introduce S-Class at 2014 Delhi Motor Show

Mercedes-Benz has been going strong with its marketing plan and aggressive product strategy for the last couple of years. This has moved them up in sales and the company continues to grow strong every quarter. This year the company introduced 5-6 products in the Indian market and next year will be strong too.   All-new 2015 Ford Figo in the works 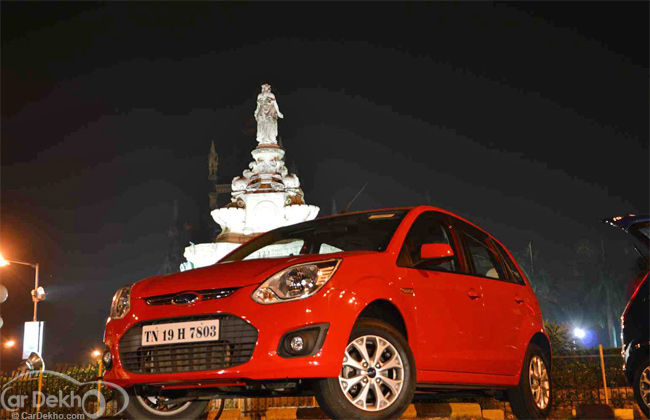 Ford, the American carmaker has adopted a new strategy of developing vehicles on single 'Global Platform', which saved the time, money and helped the company to price its vehicle competitive. The company has shifted its focus to its upcoming global cars launching worldwide in 2014-15. One such car is 2015 Ford Figo, which will come as a replacement of Ka hatchback that is being sold in developed markets. According to media reports, the next generation Ka aka Figo will be launched by early next year in the UK, and there are possibilities that it could be showcased at the 2014 Indian Auto Expo.     Mercedes-Benz gets a tremendous response from compact cars 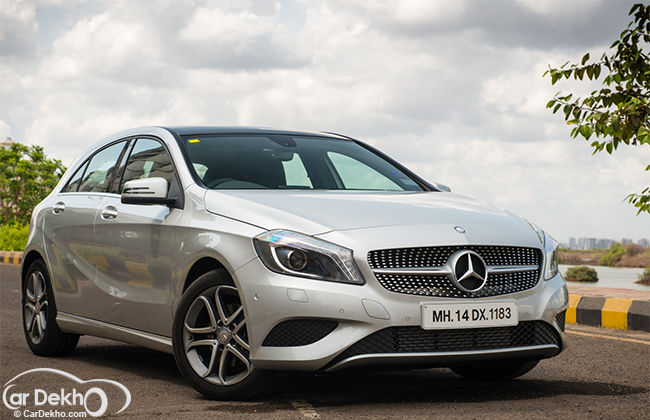 Production of the new generation of Mercedes-Benz compact cars with the A-Class, B-Class and CLA model series is running at full steam in the production network of the two plants in Rastatt, Germany, and Kecskemét, Hungary. The Hungarian plant, opened in March 2012, plays an important role in this: Together with the Rastatt plant, it produces the B-Class. In addition, it is the sole production location of the compact four-door coupe CLA.   Hyundai i20 WRC readying for 2014 FIA World Rally Championship

Hyundai, the South Korean automaker has entered the 2014 FIA World Rally Championship, and with the rally season rapidly approaches, the company is busy doing its final preparation. For its upcoming challenge during October, the i20 WRC will be tested for 15 days and will be driven more than 1000km on both gravel and tarmac.   Mercedes-Benz to launch the C-Class Celebratory Edition on 12th

Celebrating the product 10 million vehicle mark on the C-Class, Mercedes-Benz India will introduce the C-Class Celebratory Edition. This version of the C-Class, will mean that all the new sedans will come with the Edition C badging.   Maruti Suzuki WagonR Stingray vs Hyundai Grand i10

Now when we have two new niche products within the existing small hatchback segment in the form of WagonR Stingray and Grand i10, queries asking 'which car's better between the two?' started pouring in on our website. So, to figure out which is a better value for money product, we recently drove both the cars and tested their capabilities both within the city and on highway.   BMW 1 Series vs Mercedes-Benz A-Class Comparison 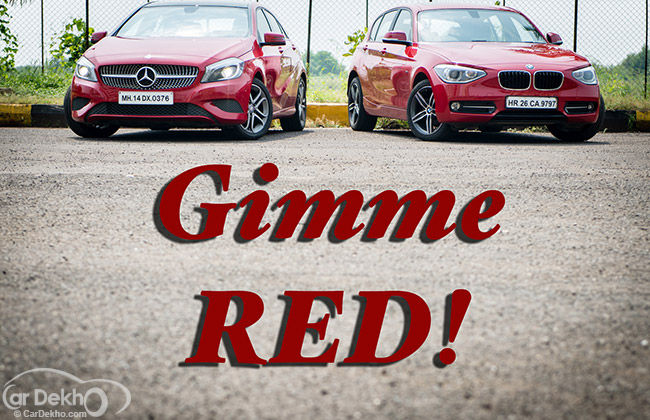 First luxury sedans, then SUVs and now the Germans are trying their luck with luxury hatchbacks in India. They seem to ignore the Indian belief of big is always better, and target the new generation— with these new entry-level vehicles— that is more brand-oriented than just the size. The luxury hatchbacks A-Class and 1 Series target the rich India youth, someone who is between 26-30. We drive the two and find out which one is the ideal one and why? Dig deeper as the mystery unfolds.     ANS Navigation iPhone App The business for satellite navigation isn’t massive in India, but it has been been on the rise. MapMyIndia and Garmin were amongst the first few names that generally springs up in your mind when you think of GPS devices. Lately, we had even reviewed the flagship from TomTom, which is Europe’s leading navigation device. However, with the growing number of smartphones, these companies have diverted to making apps as well. ANS Navigation is another such option that is now available, as this is one of the new devices in the market. To meet with the requirements, we pick up the ANS Navigation App for iPhone and find out how good it is.