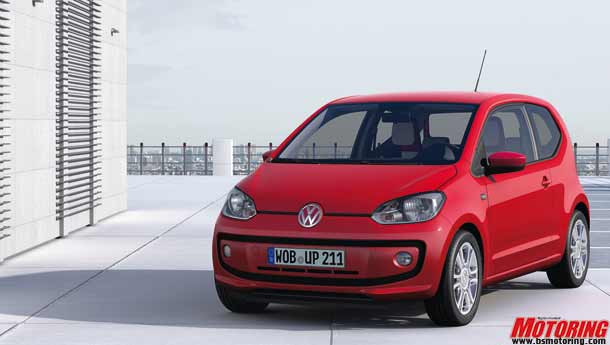 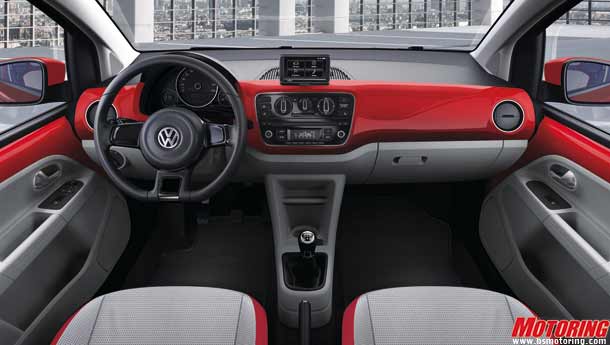 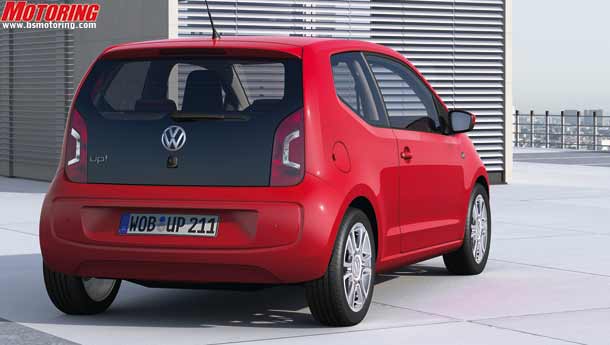 Volkswagen's City Car for Europe and markets like India and China, the Up! has been previewed before the 2011 Frankfurt Motor Show by releasing pictures and details of the production car.

Called the up!, the concept car was first previewed at the 2007 Frankfurt Motor Show and since then there have been many more concepts such as the Space up! and others that have hit the Motor Show circuit around the world. This, derives mostly from the original concept and is a proper three-door, four-seater with 251 litres of luggage space.

A mite longer than a Suzuki Zen Estilo, the up! is 3.54 metres long, 1.64 metres wide and 1.48 metres high. It has a wheelbase that is 2.42 metres long. In Europe, the up! will come in three distinct trims – the take up!, move up! and high up! There is no talk about the kerb weight of the car just yet, but expect it to be lighter than the current Polo.

Powering the new up! is a 1.0-litre, 3-cylinder turbocharged petrol motor with two power ratings – 59 bhp and 74 bhp. The cars are rated to deliver up to 25 kpl in the European Driving Cycle (EDC). The motor has a CO2 rating of under 100 g/km and has Volkswagen's BlueMotion Technology, which includes a Start-Stop system. A 68 bhp, natural gas version with a fuel economy equivalent of over 32 km/kg and has a Co2 rating of 79 g/km with BlueMotion tech. An electric version of the car can be expected in 2013.

For the European version, the car has the optional City Emergency Braking system that activates the brakes at speeds under 30 kph in case the laser system detects the risk of a possible collision.

The up! won't just enter mainland Europe, but will also make its way to markets like Brazil, India and China. What could the Indian up! be like? We tell you all in our next page

The four-door version of the up! should be longer than the regular up! and could even have a longer wheelbase. The car, just like the up! will have its motor placed on the front-axle and will come in two power options for India, petrol and diesel.

The petrol is most likely to be the 1.0-litre, 59 bhp version of the up! while the diesel would be the 1.2-litre, three-cylinder diesel found in the Polo TDI and will produce about 75 bhp. This motor is most likely to be retired from use on the Polo, which will get its very own larger diesel motor, expected to be in the region of 1.4 to 1.5-litres.

Production of the new up! will take place at the Volkswagen plant at Chakan in Pune. The plant will also manufacture Skoda's own version of the up!. Expect the cars to have a starting price of about Rs 3.2-3.3 lakh, going all the way up to Rs 4 lakh or more. They will take on the likes of the Maruti Suzuki Wagon R, Hyundai i10 and Chevrolet Beat.