Volkswagen Type 181 - It's some Thing 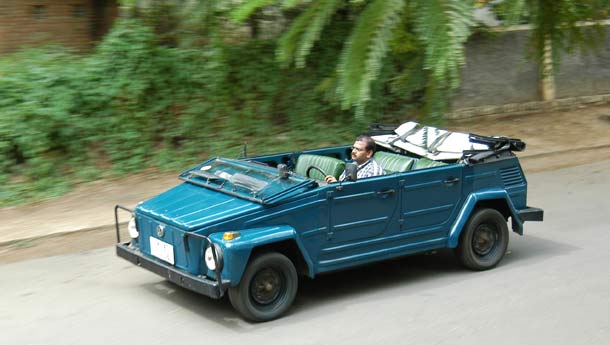 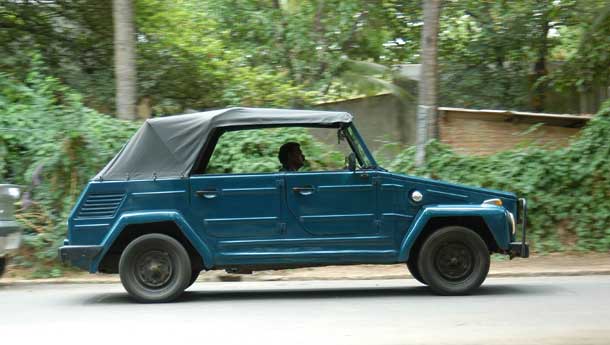 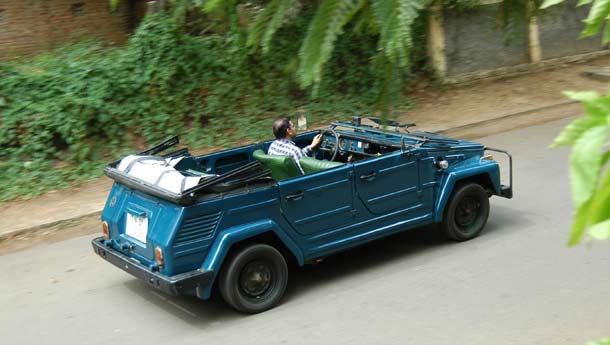 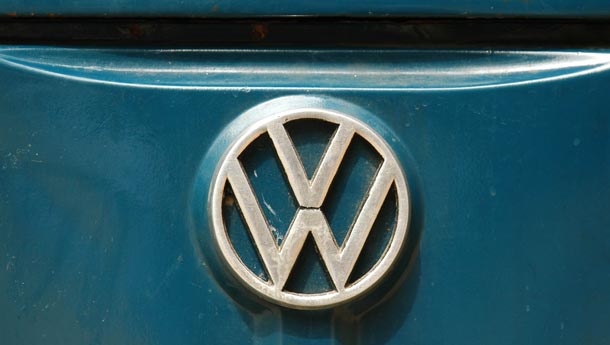 Aagh! How can anyone call any automobile the Thing? That too, officially. You see, nicknames just happen when they are affectionately given away by people – for instance, the Bullnose Morris, Pagoda Mercedes and the BMW Batmobile – but this is absolutely ridiculous.

Actually, looking at this Veedub, the name kind of suits it. Back in the 1970s, how could you define a vehicle like this? It’s built on a passenger car platform yet is highly utilitarian – it could do duties ranging from delivering milk cans to criss-crossing beach dunes. And calling it the Volkswagen Type 181 is like calling the Beetle the humdrum Type 1. So I guess Volkswagen of America thought they’d be clever by half by calling it the Thing. The Mexican operations of VW at least called it the Safari (which couldn’t be used in the US, as GM owned that trademark), the UK version was called the Trekker but the unemotional Germans stuck to Type 181. Type 181? How could someone call any automobile the Type 181? Or even a Mehrzweckwagen... aagh!

Anyway, let me tell you about the most bizarre, er, Thing I have driven in recent times. When you look at it for the first time, you’d think somebody has modified the Hindustan Motors Trekker – the Trekker itself is no beauty queen, so imagine one that’s smaller, more rudimentary and running on an aircooled engine. It’s right out of Planet Weird, yet so thoroughly mundane... with the Type 181, there was no battle between form and function. Form simply didn’t have a chance. It uses ramrod straight body panels as if they were going out of fashion, and calling this kooky thing cute would be stretching things a bit.   Can you believe it that the Type 181 is based on the Beetle floorpan, and used most of the stuff that’s found inside Beetles? Though its 94.5” wheelbase is identical to that of the Beetle, with barely any overhangs, it was actually shorter than the Bug. During the Second World War, VW built a similar UV for the German Army, called the Type 82 or Kubelwagen. This was essentially a staff car and was functional the way only Army vehicles can be. Years later, in the 1960s, when VW came around to produce a vehicle for the Army, they developed this, the Type 181. It was a more ‘refined’, modern version of the Kubelwagen, and since it used Beetle underpinnings, costs could be kept low. So low that I suspect their development budget was equivalent to the cost of a wiener schnitzel.

Designated the Mehrzweck-wagen (multi-purpose vehicle), it did duties not only with the military and para-military, but also with the forestry department, the postal service, border guards, civil defence, fire brigade... virtually everywhere. However, since the Bundeswehr wanted something a bit more formidable and capable with all-wheel drive, VW ended up selling the 181 in the civilian market. It’s estimated that over 140,000 181s were built between 1969 and 1980, and one of them found its way to India.

The 181 that I have in front of me once belonged to a Belgian-run mission in Kolkata where it also did duty as an ambulance, and was eventually acquired by Dr Ram Pradeep, a big VW fan based in Chennai, who has a Beetle and a Karmann Ghia coupé too. While driving classic or vintage cars, I usually take a while to look around and understand the machine, or observe how the owner or the driver puts the machine through its paces. In this case, there was no such lag; I simply sat in it and drove it. That’s because the 181 was extremely familiar to me; it was just a Beetle with a strange, utilitarian body around it. Oh, it may not look so, but sitting inside is a manoeuvre that needs to be practised many times over. That’s because the door panels are high and the floor is way down somewhere – so you either trip on the door sill while getting in or trip on the door sill while getting out.   Everything in the dash is familiar to me, right from the two-spoke steering wheel to the indicator stalks, but not the yawning gap that calls itself a lidless glove box. I know this machine was built for a purpose, but this again, is ridiculous. The Type 181 has foldable rear seats to enlarge cargo space, something that’s a much-touted show-off feature in today’s cars, and it’s the same case with large map pockets on all the four doors too. What’s more, you can remove not only the windows, but the doors as well, without using any tools. So if you are the type who enjoys the crosswind-in-the-hair kind of motoring, this is the machine for you.

This was one of the earliest 181s, so it’s powered by the strong 1493cc air-cooled flat-four that pumps 44 bhp out at 4000 revs and develops 10.2 kgm of torque at 2000 revs. Later models got the bigger 1584cc boxer instead. With the familiar hearty beats emerging from the rear, the 181 is quite perky and jounces around the Chennai neighbourhood. I just love this drivetrain. On paper, the engine specs may not be that enthusiastic, but it does a good job of keeping the 181 at par with the Chennai traffic – it does not have too much of weight to lug, you see. In no time, you are through with the first three gears and are settled, chugging steadily in fourth. Its maximum speed is its top speed – a little over 100 kph – but that’s not what you want to do with a vehicle with its engine at the rear, drum brakes all around and with the dynamics of a brick. I was driving not only with the canvas top folded down – just a minute required to make it into a convertible – but with the windscreen folded down too. It’s a way too cool sensation. (Should I chop off the top of my Beetle as well? Hmm...)   Pressed steel may be the basis of the 181, but with hardly any insulation or any concessions to creature comforts, it gets a bit noisy. Thankfully, it’s not a front-engined car! Like with the Bug, the 181’s independent suspension features the standard torsion bars with telescopic shocks at both ends and it rides on 15-inch rubber. It’s a bit bouncy with just one driver, but get your gang along, and it’s brilliant.

When it was launched in the US, VW ran an ad in Playboy in 1973, with a medley of visuals showing the car on sand, fording through water and generally making itself seen as a lifestyle accessory (Volkswagen Presents "The Thing." It Can Be Anything!). In one of their issues in the same year, Motor Trend said, ‘The Thing is nearly irresistible because it is all things to all people, and in an age of overspecialisation, that can’t be all bad.’ But in the same breath, they moaned about the fact that VW had missed the dune buggy boom, and have come with a better, all-weather vehicle about five years late.

Even though most automotive magazines loved the Thing for what it was, the infamous Ralph Nader had targeted it as being unsafe. While VW claimed that it was a utility vehicle and not strictly a passenger car, Nader’s allegations eventually hit the mark. But VW anyway was looking at ending the Thing’s run in the US, but that was also due to the fact that it was quite overpriced compared to the Beetle. Still, the Thing/Safari had a successful run in Mexico, and VW did eventually sell more than they expected. That’s really some Thing, what?