Volkswagen India will launch the Vento facelift tomorrow. Updates in the upcoming model is mostly in the form of cosmetic with biggest change seen on the front profile. The sedan now gets new three-slat chrome grille taken from the 2015 Jetta facelift and new Passat. Pitched in the C segment, the car lock horns with Honda City, Hyundai Verna and Maruti Suzuki Ciaz. The dealers have started taking the advance booking with an upfront payment of Rs 25,000. 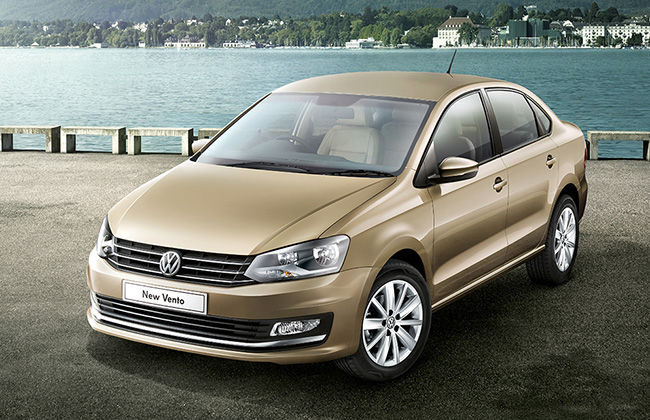 Apart from getting a new grille, 2015 Vento also gets redesigned bumper featuring the same dual-barrel headlamps from the last update. The front bumper now flaunts a new chrome line and larger air intakes which adds muscularity and sporty character to the overall design. While on the side profile, the sedan gets latest set of alloys which is also seen in new Polo. Door handles receives chrome attachments along with the introduction of side blinkers on ORVMs.

At the rear end, there are subtle changes in the form of new LED look-alike treatment which the company proudly call as '3D effect taillamps'. A chrome strip is also provided on the taillamp cluster and at the bottom of refreshed bumper. 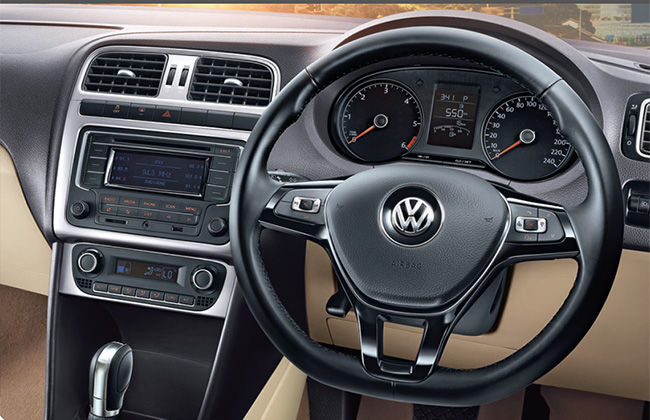 Inside the cabin, the car looks same with subtle changes in the form of lighter shade of beige; which according to the company is ‘Walnut desert beige’. The saloon still lacks the touchscreen infotainment system and carries the same Bluetooth enabled unit from the last update. 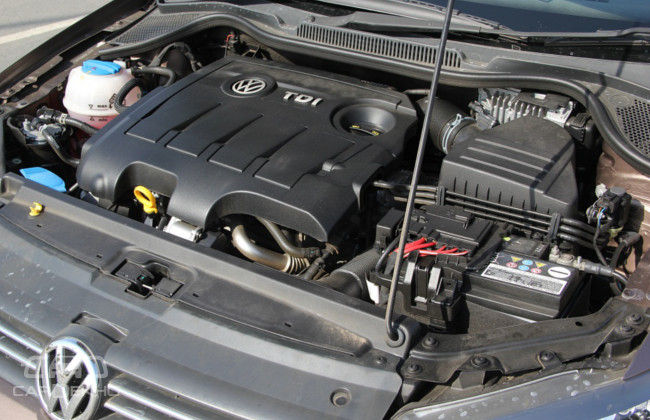