The German car brand, BMW paves the way for its i-brand by bringing BMW i8, which has officially been unveiled by Sachin Tendulkar, Bharat Ratna awardee, at the 2014 Auto Expo. BMW i8 is expected to be launched by the end of this year. Under this brand, the company introduces the i-8 petrol-electric hybrid car, specially designed for the urban crowd in cities like Mumbai and Delhi, where problems like pollution and congestion are common. 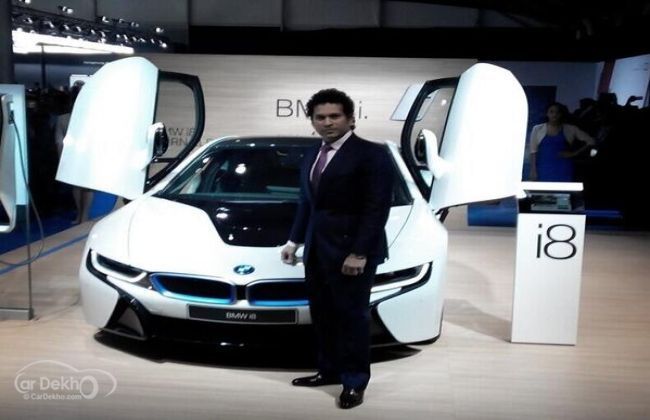 The hybrid sports car was first unveiled at the 2013 Frankfurt Motor Show, and now it carves its way into the Indian market. BMW i8 is powered by a turbocharged 1.5-litre BMW twin-power turbo petrol engine which is combined with intelligent energy management system. The petrol motor is able to put maximum power output of 231bhp and 320Nm of torque, which is clubbed with an electric motor producing 131bhp and 250Nm of peak torque. The gasoline engine transmits the power at the front wheels, while the electric motor powers the rear wheels. 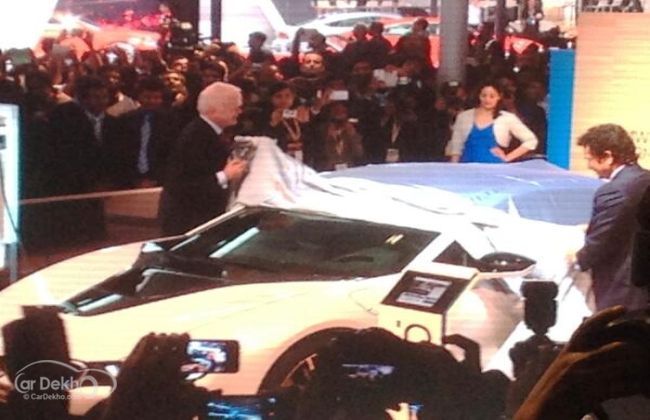 In terms of performance, when the vehicle runs on both the power sources, the i8 accelerates from 0-100kmph in mere 4.5 seconds and returns impressive fuel efficiency of 40kmpl.

Exteriorly, the super sportscar certainly gets an exhilarating appeal, which in itself defines the immense potential bound in the vehicle. Its a complete piece of sheer beauty, and from each angle the vehicle defines the sporty character imbibed in the vehicle. The low stance and a stretched out bonnet with prominent kidney grille and sporty bumper line, assures the impressive appeal of the sportscar. The interiors are no less, and has been designed in way to lead on to the sporting legacy of the exteriors. 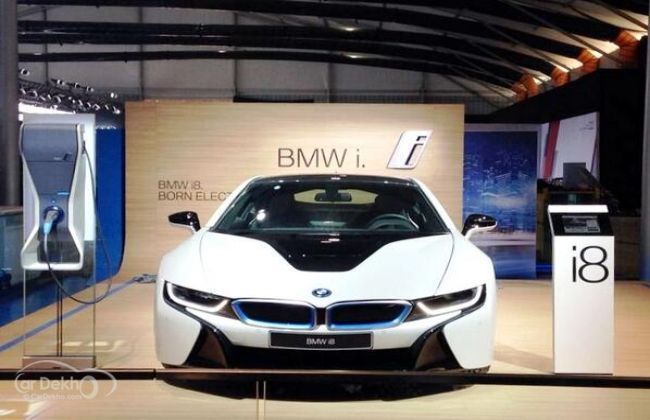 As far as pricing is concerned, the i8 model unveiled at the Expo is expected to be priced around Rs. 1.5- 1.6 crore for the Indian buyers. As of the facts are concerned, the company has decided upon 7-8 units of this hybrid supercar for the Indian customers, and the deliveries will start by end of 2014.

Source : CarDekho - Sachin Tendulkar and BMW i8 - Best of both the worlds!