Volkswagen remains open to partnerships in India for budget cars 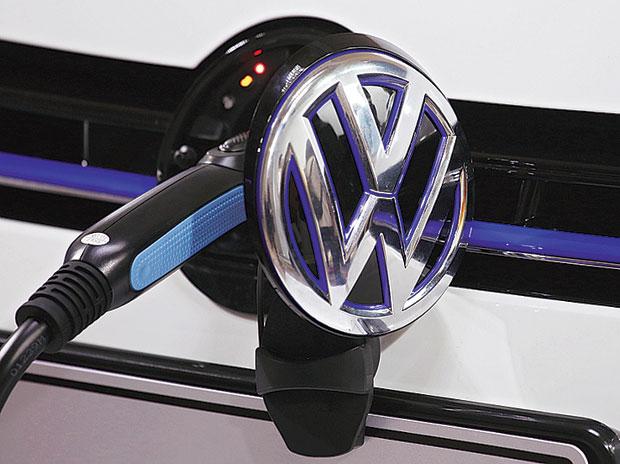 Volkswagen AG signaled it remains open for a tie-up with another automaker in India, including Tata Motors Ltd., as the German manufacturer works on a strategy to bring affordable cars to millions of cost-conscious buyers in the South Asian country.

Cooperation with the owner of Jaguar Land Rover Plc is possible “in principle” in the future, said Bernhard Maier, chief executive officer of Skoda Auto AS, part of the VW group. VW, which has been long considering making affordable models for India, will decide on its game plan in the first half of this year, Maier said in an interview at the Beijing auto show on Wednesday.


“We’ve been analyzing the Indian market in great detail,” he said. “It’s highly, highly competitive. We’re taking a decision on how to enter this market shortly.” There are currently no talks with Tata and the automaker is open to exploring possible cooperation projects with any peer in India if it makes sense, a spokesman for Skoda said separately by phone.


Unlike in China, where the German group is the best-selling foreign automaker, it hasn’t found similar success in neighbouring India, where an average Indian buyer prefers compact hatchbacks or sub-compacts made by Suzuki Motor Corp. and Hyundai Motor Co. Last year, the Japanese company’s local subsidiary sold 1.57 million vehicles, compared with VW group’s sales of 63,732 units.


A planned alliance with Tata announced last year was aimed at achieving cost savings and technical synergies but was scrapped in five months. At the time, the companies said they could revive cooperation efforts in the future if the conditions arise.


Total sales of passenger vehicles rose almost 9 percent to 3.23 million units in 2017 and the Society of Indian Automobile Manufacturers expects the trend growth to continue this year as well. VW targets 5 percent of India’s car market starting around 2025, Maier said. Changes to India’s crash and emissions regulations becoming effective around 2020-21 mark a potential entry point for the group, he said.


In 2020, Indian automakers are set to take a leap forward and switch to far stricter emission standards that are on par with those in the U.S., Japan and the European Union. India has the dubious distinction of being home to almost half of the 20 most polluted cities in the world.


Just like VW, Ford Motor Co. is also looking to give its lagging Indian operations a boost. It recently rekindled a partnership with local SUV maker Mahindra & Mahindra Ltd., a move executives say would put it in the fast lane to sustained profitability in the expanding market.