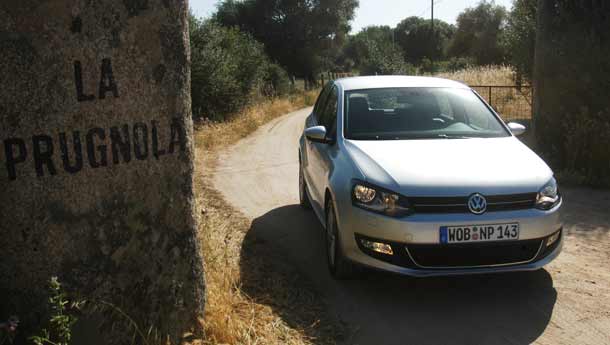 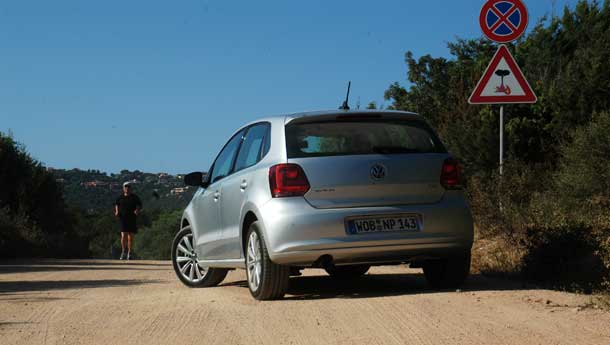 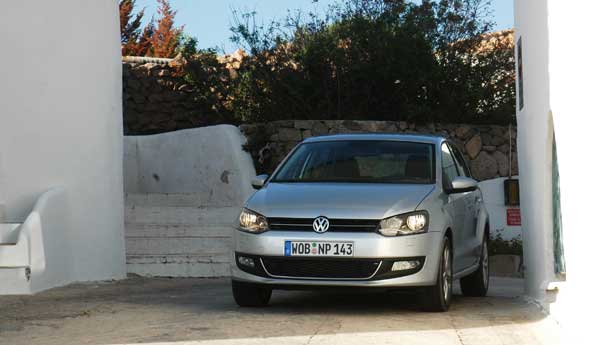 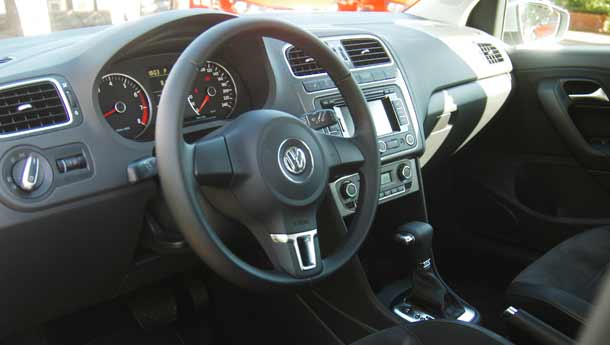 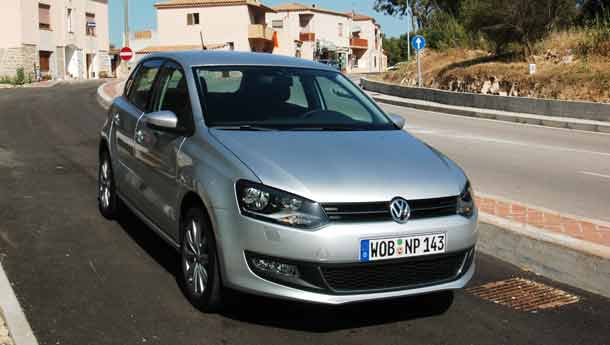 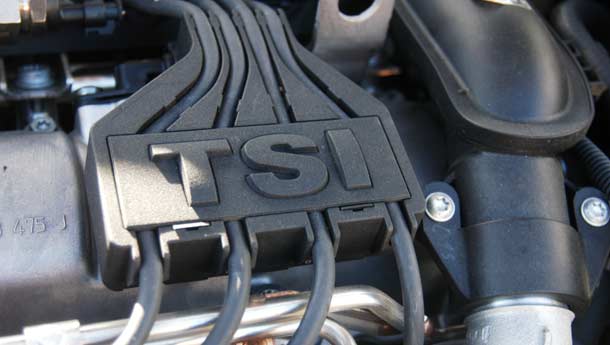 I could hear it even before I could see it. I had barely glanced at the rear view mirror to see what was making that fabulous exhaust music, and the white Volvo S80 had overtaken me and the car in front in a dangerous manoeuvre. It was a blind crest and I was sure that the Volvo would chicken out and cut in, but no; he just flew past, went flat-out over the crest and disappeared before I could follow suit. But keeping up with that machine would have been difficult, as after all, the following weekend was the Sardinia leg of the WRC and I was not surprised to see one of the cars of the WRC circus doing its rounds here. Would I have traded places and cars with him? Not at that moment. You see, I was driving the brand new Volkswagen Polo which is all set to be launched in India next year, and while it may not have the performance of the bumped-up S80, it was brilliant in its own way.

Brilliant because it looks ravishing and the 1.2 TSI with the DSG in the Polo was like a dream over those superb Sardinian roads. The car was hanging on to those curves and every once in a while the Mediterranean would suddenly come up glistening in that bright sunshine. Policing (I assumed) would be lax, so I was a bit bold breaking those unfair speed limits and the little Polo played along. If I were caught, I could always tell them I was evaluating a surprise Special Stage for the Rally. Yeah right.

The new Polo has lost all the cuteness of the fourth-generation model it replaces. Instead, it looks much more serious and sober and gets that face now made famous by the new Scirocco and Golf. While it may not be overtly flamboyant like Italian cars normally do, it does look a bit Italian to me, especially when wearing that gorgeous Flash Red paint. It was not because I was in Italy, but because the top designers at Volkswagen are Italian after all. To me it looks like you can’t keep the Italian spirit subdued even in a thoroughbred German company. That, and the way the Polo drives felt Italian to me, but more about that later.   Thanks to a lot of those horizontal lines and a short height, the Polo’s stance is planted. The wheel arches are flared, lending to that look, while also adding to its sportiness. The action at the front and the sides don’t however get transferred to the design at the rear, where it looks a bit bland. And that’s the only weakness in the car’s overall design. Still, it’s a very good looking car, but it’s a conventional kind of good looking. That makes its appeal universal, whether to prospective customers in a highly developed German market or to those several thousand miles away back home in India.

Now, the Polo that’s most relevant to us is the 1.2-litre three-cylinder motor from the Skoda Fabia and a new 1.2-litre common-rail turbodiesel (See box: Q Please). But these variants were not part of the fleet of freshly cleaned Polos that awaited us at Olbia airport in Sardinia. Though it was an exquisite sight, watching the mountainous island reveal itself from the sky, it had been a long flight from home, and all I wanted was a car to get to the hotel and hit the shower. So I grabbed the keys to a silver 1.6 TDI, stuffed my luggage in that decently spacious boot and got behind the wheel.

If you are familiar with cars from the Volkswagen Group, the Polo’s dash and interiors do not come as a surprise. It’s all familiar yet different enough to be unique to the Polo; essentially, it’s all thoughtfully and logically laid out. This means that in no time, I get comfortable with the car. The Polo may be one of the smallest cars of VAG, and possibly one of the cheapest, but that still hasn’t stopped VW from giving the car quality bits. Now this is important: margins are pretty tight in small cars, so carmakers tend to compromise to improve those margins as much as possible. But what VW have done with the Polo is really exemplary – using their purchase clout, they have ensured that there’s barely any difference in quality of materials between this little number and their bigger executive sedans. You know, manufacturers talk about platform sharing, but that’s a very internal kind of thing. I mean does it matter that the Polo uses an improved version of the A0 platform that the Fabia is built on? It’s all academic. What matters is whether platform sharing has resulted in us getting high quality cars at reasonable prices. Volkswagen has made it into an art form, and this is something other carmakers could learn from, rather than merely raiding common parts bins.   Back to the road then. A few roundabouts later, the traffic clutter vanished and I had a nice twisty piece of tarmac virtually to myself. There may be a nose-heavy diesel up front, but the Polo tries to make you forget that fact. Despite its size, it feels like a bigger car when it comes to its dynamic capabilities. The 1598cc 16-valve inline-four common-rail turbodiesel produces 103 bhp and an excellent 25 kgm of torque between 1500 and 2500 rpm. A six-speed manual transfers that output to the front wheels. The even spread of torque meant that I was powering the car through those curves without having to shift from third; it was virtually like an automatic. The Polo is remarkably well-built – that the car had an oilburner barely made it into the cabin in terms of noise or vibes. Only when I stepped out to take some pictures that I realised that it makes itself apparent to those outside the car. Well, VW has done the shift from PD to common-rail, which has at least benefitted those who are in the car! The manufacturer claims a 0 to 100 kph timing of 10.4 seconds and a top speed of 189 kph for this version of the Polo. So I put pedal to metal and... Bathroom, here I come!

Next up was the 1.2 TSI with the DSG gearbox. Now this engine is VW’s pocket-sized marvel, a conscious effort by the manufacturer to offer similar levels of performance to bigger engines from small cubic capacity motors. The turbocharged four-cylinder 1197cc motor develops 103.53 bhp at 5000 rpm and 17.8 kgm of torque between 1500 and 3500 revs. The 7-speed DSG is of course an option, and is perhaps the first time a production car of this size gets a transmission like this anywhere in the world. This engine is so good that you don’t realise that it’s just a 1.2-litre motor inside the hood – remember, those sort of output figures are something you’d normally see in a traditional 1600cc engine. The figures claimed by VW speak for themselves: 100 kph comes up in 9.7 seconds and top speed is close to 200 kph. Though the route map didn’t include any expressway to exploit this engine’s full potential, the curvaceous roads were more than enough. The engine has a gnarl but I think that VW has actually toned it down to make the little Polo feel refined. Powering the car through those marvellous roads, the engine never lets you down. You don’t even have to over-rev it; the availability of that steady stream of torque means that you are in the power zone almost all the time. This engine is really something else, I really wish we would get it in India, fuel quality and cost notwithstanding.

Though the Fabia and the Polo are siblings, the difference in handling between the two is vast. There is barely a hint of body roll and the wide track makes the Polo stay planted even if you try troubling it with mid-corner corrections. The car’s suspension setup incorporating McPhersons at front and a torsion beam axle and trailing arms at the rear has been tuned for mature handling and ride capabilities. The net effect is that it allows you to enter corners at higher speeds than you thought possible and exit with a wide smile planted on your face. At these moments, the handling of the Polo is so effervescent that you’d mistake it for a little Alfa or a hot Fiat. Fitting well is the steering setup that is pretty spot-on – it loads up well and provides decent feedback. However, I think VW has held itself back from making this an out-and-out overtly sporty car; perhaps the forthcoming Polo GTI will remove that tiny spot of numbness. Ahh, now if I had that, maybe I would have chased that S80 down. (If you want to know, Jari-Matti Latvala driving the Focus won the Sardinian leg, but I wasn’t there to see it happen).   Q Please

Is it a car with a hole? Is it minty? Shh! Relevant questions on the Polo answered here

When is it being launched in India?
Volkswagen had the second global public introduction of the Polo after its debut at the Geneva show this year, when they inaugurated their Chakan plant on March 31. But that was a left-hand drive version. You’ll be able to see the India-made Polo at the Auto Expo next January in Delhi and it will go on sale soon after that.

What engine options will it come with?
Thanks to that famous excise duty cut, this gorgeous machine will feature that 1.2-litre three-cylinder petrol motor off the Skoda Fabia. Sigh. The Polo will also get a new 1.2-litre three-cylinder diesel making 74 bhp. Wait, there is some good news after all. The 102 bhp 1.6-litre petrol from the Jetta may be shoehorned in the Polo to make it into a sporty, flagship version. And happily, the excise duty regs don’t talk about maximum horsepower, so that turbocharged 1.2 TSI petrol motor worth 103 bhp can also make it here by 2011 perhaps. But it all depends on how cost effective it turns out to be for VW India to source this engine from Europe, so keep your fingers crossed.

Five-speed gearboxes will be standard. And VW has not decided about the 7-speed DSG.

The standard changes for India, then?

Of course, the horn will be more ‘effective’ than the Europe-spec version, and the ground clearance will be increased by 15 mm. Turn indicators will be incorporated on the fenders and the insides will get brighter trim. 165/70 14” tyres will be standard, while 185/60 15” rubber with alloys will feature in the top-end versions.

Is there a notchback planned?