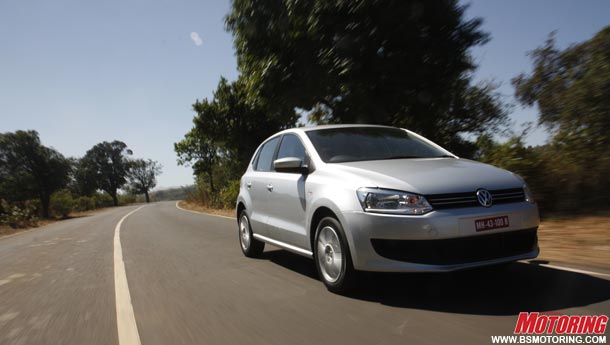 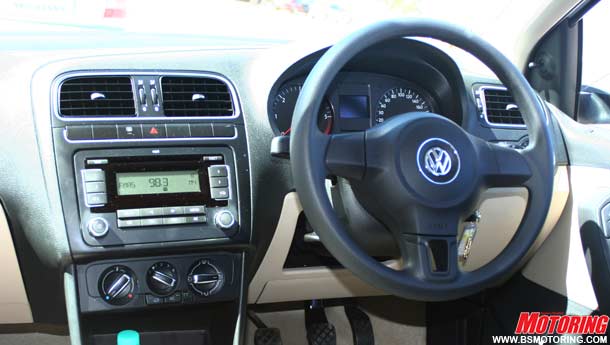 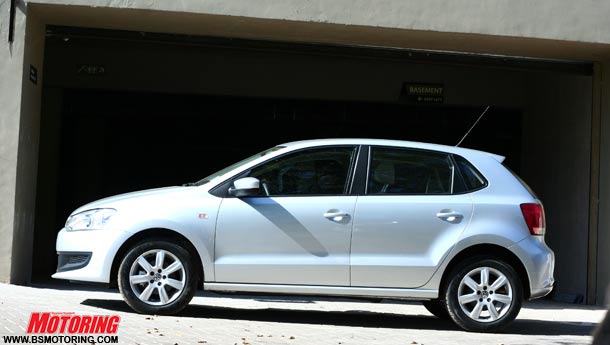 It took 18 long years for Europe’s — and perhaps the world’s largest — car manufacturer to win the coveted European Car of the Year award. The last time Volkswagen won the ECOTY was back in 1992, for the Golf.

Finally, they broke the jinx this year, when the new Polo picked up the ECOTY 2010. Okay, there were just 10 points separating the winner from the radically smart and highly innovative Toyota iQ, but it was a win for the Polo nonetheless. A nice enough shot in the arm for the Polo in the well-developed European market, but what matters to us is how it’s going to fare in India.

The Polo features a traditional hatchback architecture. In other words, it’s not one of those tall-boys that are quite popular in our country. And that puts the evergreen Maruti Suzuki Swift right into the Polo’s crosshairs. There’s a big battle brewing out there, but let us for the moment get closer to the small Veedub for India.

It may look German, but that look has been imparted by Italian designers headed by the legendary Walter d’Silva. Previous Polo versions were cute to look at, but now, the fifth generation is more solid and tough in appearance. The Polo borrows the new, aggressive VW family look that was first seen in the new Scirocco followed by the current Golf; in fact, it looks like a scaled-down Golf. The defining design features of the Polo include flared wheel arches, a prominent waistline, a planted stance and of course the smart front-end treatment. The rear of the car looks a bit tame compared to the action at the front. It is a good-looking car, especially in red. As mentioned earlier, it’s conservatively good-looking without any hint of flamboyance — despite the Italian designers! The only Indian hatchback that beats it in the beauty contest is, er, the Fiat Punto.   So how is it inside the Polo? Well, what do you know, it’s even more conservative. The entire dashboard is typical VW, with bits and pieces you have seen in other VW Group cars, including those that cost substantially more than the Polo. That can only be a good thing, right? Thanks to VW’s fabulous platform sharing strategy, even small cars can benefit from high quality components that are seen in the bigger, premium cars. The quality of other plastic parts inside are also of a better standard than what we have seen in cars of this segment, but the whole effort seems watered down by the humdrum appearance of the dashboard to the point that it almost looks retro! Still, it’s all very ergonomic, the controls are placed logically and feel good to the touch.

The dials are also clear and well marked and the three-spoke steering is good to hold. In effect, the Polo looks like a car that is built to last. What VW has not done however is squeeze some extra inches for liberating some rear legroom. At the back it’s more like the Swift rather than the Polo’s own cousin, the Skoda Fabia. The consequence is that there is just about adequate space for the rear passenger — but there’s more than enough for luggage. However VW will ensure that there is enough rear legroom when the notchback version of the Polo comes along, thanks to a longer wheelbase.

Powering the Polo are a diesel and a petrol engine; the petrol is available as we speak, while deliveries of the oil-burner begin in May. Both the engines displace 1200cc and both are three-cylinder units. The 1198cc petrol develops 74 bhp at 5400 rpm and 11.2 kgm of torque at 3750 rpm, while the diesel motor also produces 74 bhp at 4200 rpm but a more significant 18.3 kgm of turning force at 2000 rpm. The 12-valve petrol engine is also found in the Fabia, but VW has eked out some more oomph from it, while the diesel is an all-new unit — this is one of the first applications of the engine for the VW Group anywhere in the world.

Getting behind the wheel of the petrol Polo, I am not surprised by the clatter that the engine generates. That’s the inherent problem of being a three-pot motor, and the buzz stays throughout the drive. The 74 bhp is just about adequate to make this car move, as the Polo pays a penalty for being on the heavier side. On the move, the petrol does not feel stressed-out; the advantages of a little more power over the Fabia are very apparent. It does its job of propelling the car in city traffic, though anywhere below 1500 revs it baulks a bit.

Once you hit the highway, the engine feels a bit liberated. The Polo is most comfortable when you are cruising between 100 and 120 kph, with the tacho needle hovering between 3000 and 3500, but go beyond that and it becomes breathless. The absence of a cylinder makes itself obvious, and even more so when you are climbing mountain roads. If you want to extract fun from the car, you need to keep it on the boil. But for most people, the petrol version of the Polo will be easy to live with.   The diesel engine is similar to the petrol, where there is no life below 1500 rpm. But the diesel of course benefits from more torque. Thanks to the turning force, the diesel Polo is more driveable than the petrol version — be it in the city or overtaking on the highway or climbing the ghats. But the fact remains that the three-cylinder motor is a bit noisy and vibey. The Polo’s solid build quality alleviates this somewhat and you can keep the noise where it belongs with the windows up. When pushed, the diesel Polo attains 150 kph, beyond which it loses steam. Like the petrol, the diesel motor does its job, but both of them are not going to thrill enthusiasts who have been spoilt rotten by the Swift. The five-speed gearbox with a stubby gear lever offers short, precise throws but it’s tuned for extracting more fuel efficiency rather than performance.

Where the Polo is brilliant, and possibly one of the key reasons why it won the ECOTY (the other being a smashing line-up of powerful but frugal motors in Europe) is in the dynamics department. The Polo’s handling is crisp and great fun. It can be chucked into corners without a worry and comes out of the other side without breaking into a sweat. The 15-inch rubber in the top-end versions grip beautifully and complement the car’s immense chuckability. The car stays planted even at high cornering speeds; its surefootedness deserves more powerful engines.

The suspension has been tuned to offer a good ride considering our driving conditions, and that it does very well — rear passengers won’t have much to complain about over here. Volkswagen has managed to combine great handling with good ride, and that’s something to boast about – not many carmakers have pulled it off. In short, the Polo’s dynamic attributes are at par with bigger cars. It is built on the modified A0 platform which it shares with the Fabia, but compared to the Skoda, body roll is limited in the VW. All the Polo requires is a couple of powerful engines which will make it a true fun-to-drive car. Okay, the steering wheel is sporty and perfectly sized, but it could do with some more feedback — in India, its application is tuned more towards comfort and easy manoeuvrability at low speeds.

Volkswagen has priced the Polo quite competitively, at Rs 4.42 lakh for the petrol Trendline version and Rs 5.42 lakh for the diesel Trendline (both prices ex-showroom Delhi). They have gambled that people wouldn’t mind paying a premium for the badge and of course, for more features and better build quality as compared to the leader in the segment, the Swift. The diesel wears a higher premium, but that’s what all diesel hatchback manufacturers are doing these days anyway. It’s a competent hatchback and satisfies most of us. However, I recommend driving enthusiasts wait a bit for the 100-odd bhp 1.6 petrol version to come along. Or petition VW India for the hot 1.2 petrol TSI...