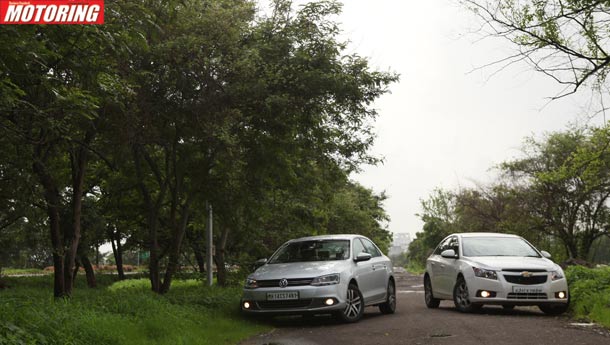 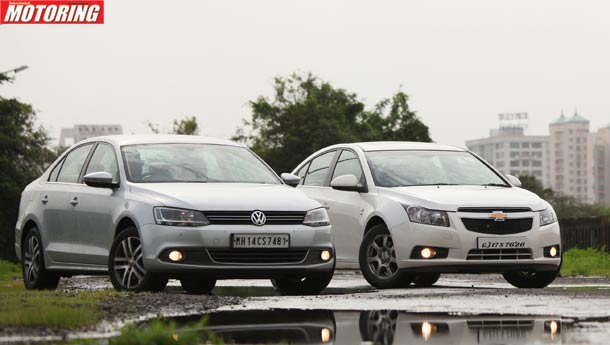 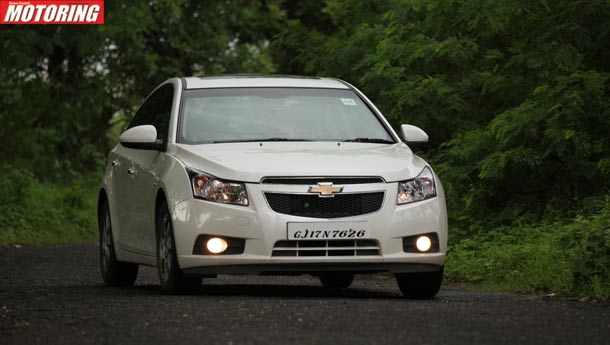 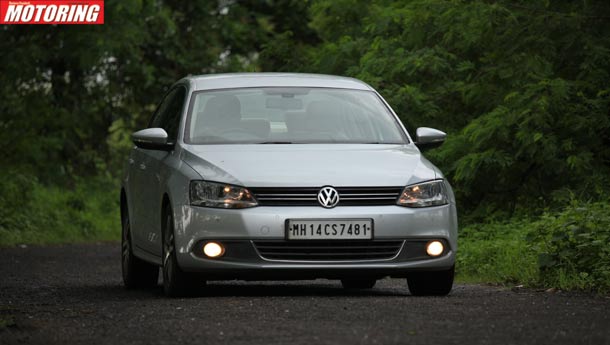 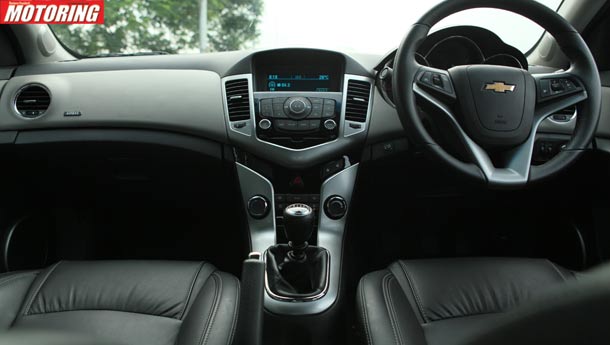 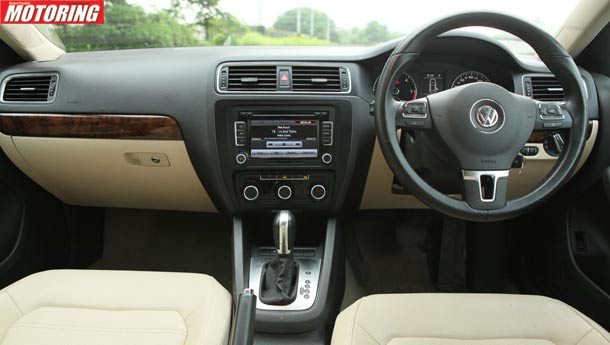 On paper, this should be a no-contest – with a 2.0-litre, 164 bhp, 38.7 kgm diesel engine, the ‘new’ Chevrolet Cruze should be laughing and running rings around the Jetta; as far as output goes, it’s got the German’s number. However, as with most things in life, things are not as straightforward as they seem at first – allow me to explain over the next few pages.

Firstly, was the Cruze suffering from a mid-life crisis? The car’s been around for just over three years now, and has been responsible for keeping GM’s books in reasonably healthy shape – it’s the segment leader too, although Toyota will have a few things to say about that. It was never short of power, and its 148 bhp engine was quite the bomb in a straight line; features-wise, there was not much to complain about, either. Why the upgrade, then?

The answer lies in the new ‘Family Z’ diesel unit from GM, which has globally replaced the older diesel – with more power, an all-new powertrain and an extra cog in the gearbox, the Cruze receives these benefits too. The Jetta, on its part, has been impressing us with its overall high quality – and disappointing us too, by skimping on features that are found in cars even in segments below it. This should be an interesting battle, no?

POWER TO THE PEOPLE

Under its hood, the Cruze’s engine puts out the aforementioned 164 bhp@3800 rpm and 38.74 kgm@2000 rpm, which should technically make it even more of a rocket than it used to be – but it’s not. Instead of a more manic driving experience, what you get is more refinement, less turbo lag and much more linear power delivery, things that ironically make this car feel slower than the older one; in fact, it’s neck and neck – 0-100 kph comes up in 9.94 seconds, whereas the older car did a 9.96 second dash. It also starts to run out of steam at the top speed end of things, struggling to nudge 200 kph. On the plus side, in real-world terms, the new car fares better, with quicker mid-range numbers – usability was clearly the priority, with this engine.

The improvements to the engine come via several changes – a strengthened engine block, a new cylinder head, a better-positioned air intake, a dual-mass flywheel and a common-rail system running at a higher 1800 bar, among others. The technicalities are, frankly, somewhat boring – the end result is what matters, and GM has produced a powerplant that is clearly better than the old one.

Is it better than the Jetta’s, though? With 138 bhp@4200 rpm and 32.6 kgm@1750 rpm, it’s not as powerful as the Cruze – but power isn’t everything here, even though the Jetta is slightly slower than the Cruze in outright as well as mid-range acceleration. It’s still the nicer car to drive, and a lot of that comes down to less turbo lag, the feel of the gearbox and the clutch action. The older Cruze had a very stiff clutch pedal, and although it’s better now, it’s still a bit of a pain to drive in stop-go traffic; its gearbox isn’t as slick as the 6-speed manual on the Jetta, either.

Both cars have responsive engines that pull cleanly below 2000 rpm, but you will change much more frequently between 2nd and 3rd in the Cruze, because there’s a fair gap in the ratios. The Jetta just feels sprightlier throughout, although as a long-distance runner, the Cruze has the edge – it’s effortless. Overall, it’s the Jetta that is more fun to drive as well as easier to drive, but the Cruze runs it close.

This one’s over almost before it’s begun – the Cruze, no matter how good its engine, has to concede this round. It isn’t disgraced, mind you, but the Jetta is one of the best-handling and riding front-wheel driven sedans in the world, and the Cruze can’t better it. In a straight line, it’s stable enough, but when it comes to throwing it around a few corners, it’s a different story. There’s an acceptable level of grip and reasonably good body control, but the hydraulic steering is quite vague, especially during turn-in. In terms of ride quality, the Cruze offers something in between soft and stiff, but you’ll definitely feel large bumps filter into the cabin.

The Jetta, as you might have guessed, is in another league when it comes to ride and handling. This car is proper fun to drive – take it to a nice, twisty ghat road and it’ll show you a really good time. The combination of steering feel, chassis capability and overall grip is far superior to the Cruze, and the brakes are much more precise as well. Its ride quality tends towards the firmer side of things, but whatever undulations exist on the road are kept well at bay.

If you’re spending this much money on a car, you’re going to want the cabin to be a place where you’re happy to spend time, for extended periods. The Cruze ticks most of the boxes, in this regard – it’s a comfortable, well specced-out place, with more than acceptable levels of fit and finish, and few people will find too many faults with it.

The thing is, the Jetta operates via a different yardstick in terms of quality – put the two cabins side by side and the Cruze comes off second best, even if it has things like USB connectivity, a sunroof, automatic climate control and a stop/start button (VW, do take note – it IS possible to give people these features!). The cabin feels better built, more spacious and more premium than that of the Cruze – it’s as simple as that. Oh, and it’s much the better looking car, as well.

So it’s done and dusted – all you have to do is walk into a Volkswagen showroom and buy a Jetta, right? It looks better, it’s nicer to drive, it feels more solidly built, it’s more comfortable and it makes you feel like you’ve bought a premium product – game, set and match. Not just yet; hang on a second and consider this little tidbit – the Cruze LTZ, which is the top-end version, will set you back by ` 15.49 lakh, ex-showroom Mumbai. The equivalent Jetta, in Highline trim, will cost you a whopping ` 18.53 lakh! Yes, it’s the better car, pound for pound, but is it ` 3 lakh-better? That’s a tough one to answer – it’s a classic head vs heart situation.

Hand on heart, I’d have to say that my money’s on the Jetta, but then I’m not actually putting my money where my heart is. Real-world buyers are quite likely to find that the money they save on the Cruze will buy them a small hatchback, or lots and lots of diesel, or that home theatre system they’ve had their eye on. You see, there’s one area where the Cruze teaches the Jetta a life-lesson, and it’s called V-F-M.