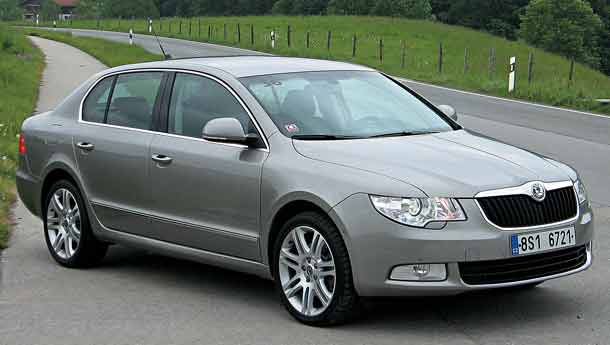 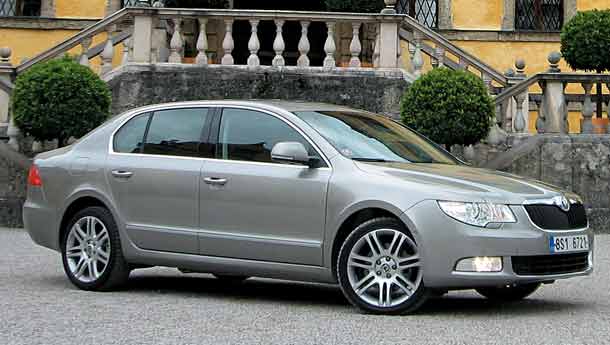 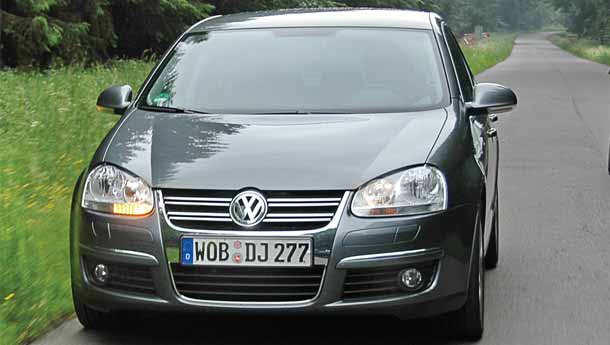 In the 19th century, Brothers Grimm of Cinderella fame re-wrote Sleeping Beauty, the fairy tale classic first written by Charles Perrault. As it would happen, the Brothers Grimm’s version found more acceptance than the original by the French author and was translated in many languages. As I stood there in front of the unpronounceable Hotel Dornronschenschloss, a castle hotel built in 1341, I could picture the princess, the towers and even the wall of thorns that formed themselves around this very castle, the inspiration for the Brothers Grimm version. As the story goes, it took a prince to finally free the sleeping princess from the shackles of time. If Volkswagen India thinks the Jetta is just such a prince, they have a wry sense of humour putting us journalists up at such a place.

Volkswagen India is ready to launch its second most significant model after the Passat by the middle of this month. Of course, you can book your favourite Touareg as well, but then the big SUV is not going to affect anybody’s applecart anytime soon. The Jetta will, and it hopes to affect everything from the Honda Civic to the Accord and in-between. It’s also the first model that will actually drive a probable wedge between VW and sister concern SkodaAuto in India, but more on that later.

The Jetta, as you know, is based on the Golf, and is now in its fifth generation. While there are a host of petrol and diesel engine variants available, we will receive the 1.6-litre petrol and 1.9-litre Pumpe-Deuse diesel engines to begin with. Both will be available with either 5-speed manual or DSG gearboxes in India with several trim options. Now, you are aware of the 1.9-litre PD engine that powers the Laura and is a bulletproof engine. It is the 1.6 that needs a bit of an introduction. This inline-four produces about 102 bhp@5600 rpm and a peak torque of little a over 15 kgm, and powers a whole host of other VW cars, including the Golf and the Polo. I’m not sure if this is the right engine option for India, given that the power and torque are a trifle low to affect cars like the Honda Civic or the upcoming Toyota Corolla, but really Volkswagen don’t have an option on the gasoline front because their new engines are a bit too high-tech for Indian fuel.   To get an idea of what a Jetta could be with more powerful engines, Volkswagen flew us out to Germany to get a feel of the car that should kickstart some sort of volumes, and importantly help spread the reach of the brand in India. On offer were the 1.4 TSI petrol with three power options and the 2.0 TDI that also features in our Passat. The 1.4 TSI is becoming the mainstay of the Jetta in Europe and the US, thanks mainly to the technology behind it. Given pressures of economy and lower C02 emissions, Volkswagen decided to opt for a smaller engine, but by using the concept of twin charging or the addition of a turbocharger and a supercharger, they’ve not only solved the problem of providing power and torque of a 2.0-litre engine, they’ve also managed to beat those ecoweenies to pulp with C02 emissions as low as 148 g/km for the 7-speed DSG variant with 120 bhp on offer. Incidentally, this is also the only TSI variant with a 7-speed DSG, the others making do with one cog less. Trust manufacturers to go to any lengths to reduce their overall
C02 basket!

If 120 bhp starts to raise your hairends, wait till you hear this – there’s also a 140 bhp and a 170 bhp power option. Sounds more like a Golf GTI, doesn’t it? But then, the cost of this twin attack of forced induction is that it needs 95 RON fuel, and an official minimum 87 RON in India cannot be guaranteed! So yes, now you understand why Volkswagen is rather helpless in offering us a more powerful petrol mill at the moment. Though if you ask me how do these engines perform, maybe singing paeans might not be enough.

That’s because these engines are addictive. Driving the 140 bhp variant on the autobahn from Frankfurt to Kassel made me realise the true magic behind force induction. At any speed and at any rpm, it is easy to launch the car and expect great low-end, mid-range and high-end performance. The supercharger helps build momentum in the lower revs and around 1600-1700 rpm the faint whistle of the turbo announces the arrival of strong mid-range and just as the turbo starts to run out of breath, the supercharger continues its act, all the way up to the redline. The car that I drove was mated to a five-speed manual tranny and apart from a slight hesitation and firm action of the gear lever, it felt every little bit like a Golf GTI. There is no let up in the power delivery and overtaking never requires you to hesitate even once.

Performance takes a bit of a backseat in the 120 bhp offering, and it would, given that the car weighs about 1,250 kg. Even then, that translates into a power-to-weight ratio of 95 bhp/tonne, which should help it move with some gusto. Somehow it doesn’t feel so, being a bit of a laggard low-down and building up momentum somewhere in the middle. This performance volte-face called for an urgent requirement of a healthy dose of torque, and the 140 bhp, 2.0 TDI came to the rescue. You must note, the similarly engined Passat weighs just 70 kg more, so the Jetta should move smartly. It does, and you can’t help but appreciate the finer qualities of this engine. Mated to a six-speed DSG that will also feature on the 1.9 PD, the engine has enough power and torque to probably hunt for an RS sticker to stamp on the boot. The boot itself is quite big for most applications at 500 litres, and can be accessed from the rear seats. Space is not bad for its size and neither is the overall build quality, which is a touch better than the Skodas sold in India. There are a lot of bits from the Passat, including the steering, so you won’t feel out of place if you own a Passat as well. Driving position is good, though the pedals are a bit offset to the right on the left-hand drive version which leaves a lot of space for a dead pedal but it’s easy to stomp on the clutch and expect the ABS to kick in if you aren’t careful.   Like the other Jettas, the ride here too is a little firm and starts to soften a bit as speeds increase, though Germany’s best roads are not the benchmark for India. With the lower weight of the TSI engine up front, on country roads the Jetta turns with more authority, the steering providing adequate feedback, and it has the agility of a pair of running shoes. It’s just a joy in the TSI with the phurr of the exhaust note, the quick turn in and tight body control, mated to the brilliant DSG or the manual a joy to throw in to the fast approaching tight corners of country roads. Try the same feat with the diesel and there’s a bit more understeer and slower turn-in, but it would be expected given the greater weight of the motor. Unlike the Passat, the lighter Jetta is affected by crosswinds rather easily and trying to whip past a quick moving Scania big rig only made me make quite a few small corrections. Expect a more thorough road test to read through the hazy cloud next month.

If you are still wondering why we haven’t spoken about design, well, the Jetta looks a bit nondescript on German roads, but viewed in isolation it looks like a scaled down Passat. Which is not a bad thing really, because apart from the Golf inspired front-end and a tail that instantly reminds you of the last-gen European Accord, everything else appears like its larger brother. And originally, this Jetta was designed to work as a value offering in Europe for those who can’t afford the Passat. In fact, in the US, parents prefer giving their kids Jettas to begin their college days in, rather than the more ubiquitous Honda Civic and Toyota Corolla. And that’s where the Jetta’s strength lies – its ability to push Volkswagen into more hands and make them part of the quality experience.

Trouble is, in India, there’s also the Laura, its equally priced cousin that offers just as much value. At Rs 13-16 lakh, I fear that the Jetta might cannibalise the Laura’s sales, and that’s not something Skoda would appreciate, given the flagging sales of the Octavia. The problem that persists in Europe is finding its way into India as well, but given the relatively limited volume of cars in this segment means every unit counts, and that could hurt Skoda.

We will have to wait and see how this pans out, because if Volkswagen does manage to bite a big part, one can expect a similar situation when the Skoda Superb and Volkswagen Polo meet their cousins here. Just like the Sleeping Beauty tale, where several princes tried their luck before one finally got through, these two princes might have to go through a round of jousts before a winner emerges.