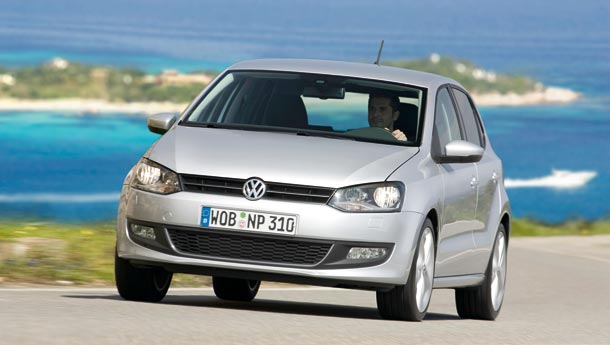 If you haven't seen the 13-page Volkswagen India advertisement in the recent edition of a leading English daily, I suggest picking up last Wednesday's edition from your local library. For attention grabbing value, the ad did its job - and how! Add the TV commercial that's currenly on air and it has instantly caused the company to become one to watch out for.

For VW getting it right means a lot. Some would know about their attempt at partnering Maruti before Suzuki stepped in the early '80s. And then they tried out some ventures, one where Skoda would walk in with a major LCV manufacturer in the early '90s. Finally, they decided to walk on their own when Skoda started operations in India and began selling their first product, the Octavia in 2001. And now, after Audi, Bentley and Lamborghini also have a solid presence, the parent company is upping its ante.

They surely have to. From selling 1400 cars in the first year and hoping to sell 3000 cars in its second, VW India is currently only dabbling with premium sedans like the Passat and Jetta, with the odd Touareg SUV being sold. This strategy has been to help the company create a presence and increase its foothold as it develops dealerships and service points across the country. By now, VW has over 20 dealerships and more are in the offing. And even though they don't launch the Polo until next year, VW is leaving no stone unturned.

The Polo will begin with a high level of localisation from day one, which means they can price it below Rs 5 lakh. Hard to believe, but that's entirely what the company is focussing on. They've been working with various suppliers over the last two years to ensure they maintain VW's high standards for quality and yet keep costs that are competitive. This will hold true for VW's other future products, including the small car based on the Up! concept and the Polo saloon.

After all, VW isn't alone with a grand India strategy. Ford has finally woken up from its deep slumber and now have a small car that will be priced attractively. Nissan isn't turning off the aggression tap either, and when the new Micra goes on sale next May, Nissan will be hoping to make up for lost ground. And of course, there's Toyota, who are not only developing an India-centric small car, but knowing Toyota's newfound aggressiveness, they are highly capable of capturing their much talked about 10 per cent marketshare. Neither are small car leaders Maruti and Hyundai taking things lightly - both are undergoing capacity expansion and have new small cars lined up for the next three years. Nor is Tata-Fiat, who will ride high on the success of the Nano, once the plant at Sanand goes on stream. While GM readies two new small cars and an elaborate electrification plan. So VW have a lot of toughcompetition that they have to deal with. All of them have realised that localisation gives them a competitive advantage - even Ford and Toyota are realising it the hard way.

In the end, VW have one major hurdle to cross, and that's keeping its cost of maintenance low. Ford and GM are going a long way in projecting just that, while Maruti, Hyundai and Tata have already mastered the art. This is not just for their small cars, but for their premium ones as well, since all of them will be serviced under one roof and perceptions are very hard to change once set. How VW manages to find a way around it will ultimately determine their long term success. Or failure.


P.S. Autoblog today reported that VW has overtaken Toyota to become the largest manufacturer in the world in the first nine months of 2009. Some achievement, eh!