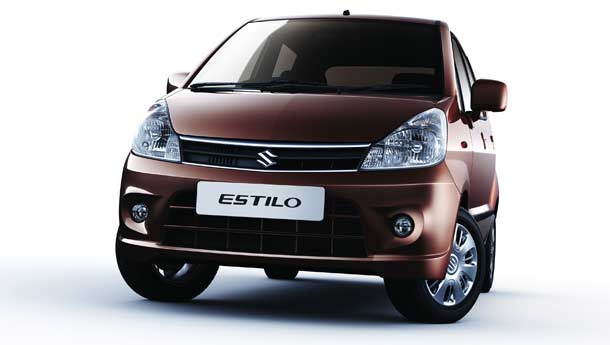 German automobile giant Volkswagen, which has picked up almost 20 per cent stake in Japanese car major Suzuki Motor Corporation, may source small cars from Maruti Suzuki (in which Suzuki has 54 per cent stake) for the European market and sell them under its own brand name.

While Suzuki has the technology for small and compact hatchbacks, Volkswagen (VW) will share its green expertise, which is being used to build hybrid cars, with Suzuki as part of the collaboration.

“Europe is shifting to compact and small cars due to rising petrol costs as well as concerns of climate change. Suzuki has the expertise to make small cars, Volkswagen does not. The German company has the expertise in environment friendly technology and has invested large sums. Combining the two will reduce cost of making new cars. Volkswagen, which has a stronger dealership network in Europe compared to Suzuki, could source small cars from India and sell them under its own brand name,” said R C Bhargava, Chairman of Maruti Suzuki.

Bhargava added that there was scope for cooperation between the two in diesel engine technology. “Suzuki only has diesel engines of up to 1.3 litres for which it has a tie-up with Fiat. But Volkswagen has the technology for diesel engines above 1.3 litres, which could be shared with Suzuki.” He also did not rule out the possibility of the two collaborating in emerging markets other than India.

Maruti Suzuki has a similar outsourcing deal with Nissan to produce 50,000 A-Stars for the European market (sold as Pixo by Nissan). This deal will continue.

India is the second-largest producer and market for Suzuki, apart from its home base and, therefore, the India operations would play a key role in the tie-up with VW. Suzuki Motors has an installed capacity exceeding 2.5 million units globally. India contributes for 20 per cent of its revenues and over 32 per cent of its production capacity.

Experts said sharing of technology could be the key to the collaboration. Suzuki’s skill lies in making gasoline-powered compact engine in the range starting from as small as 660cc (about the same engine size that drives Tata’s Nano) to 1.6 litres, which drives mid-sized sedans like SX4.

Suzuki and VW would thus get the opportunity to tap into each other’s engine and vehicle technologies, which would allow them to consolidate in key emerging markets like India.

“It is a costly affair to develop technology afresh, which also consumes a lot of time, effort and risk of losing out on market share. This deal will allow both the companies to leap frog on uncommon glitches and improvise on areas where they were absent,” said Abdul Majeed, auto head, PricewaterhouseCoopers.

“VW’s presence in the Indian market is fairly at a nascent stage, while Maruti has over 25 years of experience. When you develop new cars, you need to tune them to the needs of the local market. Suzuki will bring about a number of such intangible resources that can greatly benefit VW operations in India,” he added.

VW is gearing up to make a big splash in India with the launch of the all new Polo, a sub-premium hatchback, in a few weeks. This would be for the first time in recent years that a multinational auto company would start manufacturing in India with a small car.

VW India executives declined comment saying that they were yet to get an official word from the parent company. When contacted, K K Swamy, Managing Director and VP, Volkswagen India, said, “It’s too early to comment right now.”

Currently VW sells four models in India — Beetle, Passat, Jetta and Touareg — in the price range of Rs 13-52 lakh. Only Passat and Jetta are assembled here (at group company Skoda’s Aurangabad plant), while Beetle and Touareg are imported. Up to September, VW has sold 955 cars in India.

Maruti Suzuki sells 13 models in the Indian market with price ranging from Rs 2-18 lakh. It sold over 7.92 lakh cars last year. The company has two manufacturing facilities at Gurgaon and Manesar in Haryana with combined strength to make more than 1 million cars annually. The Manesar unit, which is the latest of the two facilities, has been built to suit the likes of Suzuki Motor Corporation and Maruti Suzuki’s global ambition. The company also owns a diesel engine plant with a capacity of 300,000 engines per annum at Manesar.