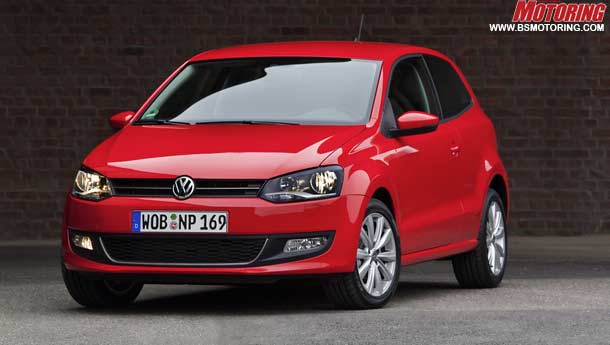 Stating that the company would launch a saloon by the middle of next year, Volkswagen AG said it was aiming for a 10 per cent share of the domestic auto market in the next four to six years. The target is for all three brands the group owns — Volkswagen, Audi and Skoda. The Indian passenger vehicle market is estimated to reach 3.5 million units by 2015. At present, it is the 11th largest in the world.

Declining to give details of the Polo, the company’s only hatchback, officials said the company was working on a small car on the lines of compact car Up! that it had showcased almost two years ago.

Jochem Heizman, a member of the board of management of Volkswagen Aktiengesellschaft, said, “We have a long-term strategic partnership with Suzuki which will complement us in various areas. Suzuki is strong in small cars with small engines. We will look to help one another.”

The company hopes to produce 110,000 units from this site, which is also the initial production capacity of the plant, in the next three to four years. The company will produce the Polo and the new saloon from this plant, in addition to the Skoda Fabia (which is already being produced here). Production can be ramped up to 160,000 units per annum.

The Polo is a five-seater, five-door, upper compact hatchback which will take on the likes of Hyundai i20, Maruti Suzuki Swift, Maruti Suzuki Ritz, Chevrolet Beat, Ford Figo, Tata Indica Vista, to name a few.

The upper compact segment, also known as the B+ segment, has witnessed the maximum action in the last one to two years, due to the special emphasis by the government on promoting compact cars. The extra-wide differential in excise duty structure between compact cars (8 per cent) and sedans (20 per cent) has forced numerous car makers to explore this segment.

The Polo will be available in petrol as well as diesel options. The company is aiming at increasing the local to 80 per cent over the next three years from 50 per cent at present. The car will be sold only through the network of Volkswagen dealerships, which the company is expanding to 40 from 35. The company plans to open 200 showrooms in three years.

Volkswagen has committed an investment of Rs 3,500 crore in the Chakan plant, which is spread over 575 acres. The plant is also one the most modern plants of the Volkswagen Group and was built in 17 months, almost a year ahead of schedule. The Skoda Fabia was rolled out from this plant in May 2009.