The compact sedan was first spied around middle of this year and the automaker announced revealing of the vehicle last month. After the announcement, the vehicle has been spied upon a couple of times, probably in its last phase of testing before its official reveal at the coming 2016 Auto Expo. However, recently it was spied inside-out revealing a lot of intricate details. Let us see what it has to offer in terms of design and features. The compact sedan (CS)  is reportedly based on Polo’s platform (obvious!) and looks almost identical to it. Though the test mule was heavily camouflaged but it was easy to figure out that a lot of panels are from Polo, while the dashboard is a straight lift. The rear portion looks particularly stubby as it has to be under 4m to be benefited from the taxes.

Check out the spy pictures of Volkswagen Compact Sedan

The headlights appear to be borrowed directly from Polo and the grille is expected to be similar to that of the facelifted Vento/Jetta. Moreover, the doors also look like a carbon copy of Polo, as the window line is almost identical  including the rear quarter window. Speaking about the cabin, as mentioned above, it is a straight lift. However, the test mule has a touchscreen unit found on the global Polo Facelift. Although, this infotainment system is not offered with Polo or Vento in India, as of now. 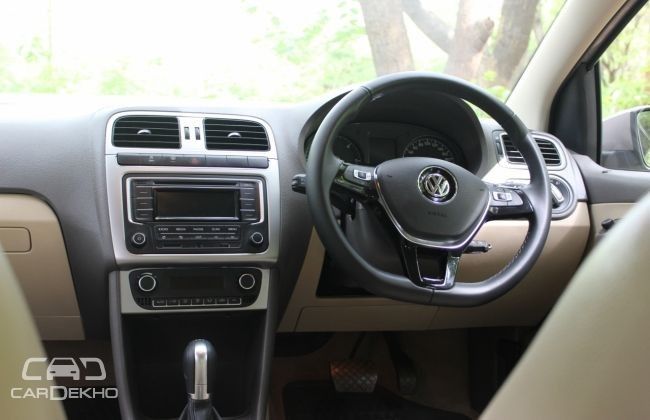 Don't Miss: What Engines To Expect From VW’s Compact Sedan  Besides the infotainment system, rest of the features looks similar to that of Polo/Vento. The new flat-bottom steering wheel, climate control, cruise control (expected), electronically adjustable and foldable outside rear view mirror, and others. Moreover, like Vento and Polo, the compact sedan is most likely to come standard with standard dual front airbags. 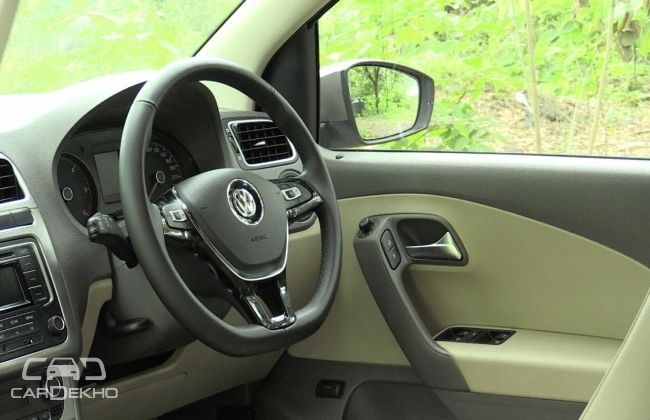