Beetle has been among Volkswagen’s most iconic cars. Though discontinued in India a few years ago, the German Automaker is planning to relaunch the new Beetle in the country soon. Before its public launch at LA motor show 2015, VW has released pictures of the production version of its Beetle Dune, which is based on the 2017 Volkswagen Beetle Dune concept. The coupe is expected to go on sale in U.S.A in the first quarter of 2016, while the Dune Convertible will arrive in showrooms in the third quarter of the year. 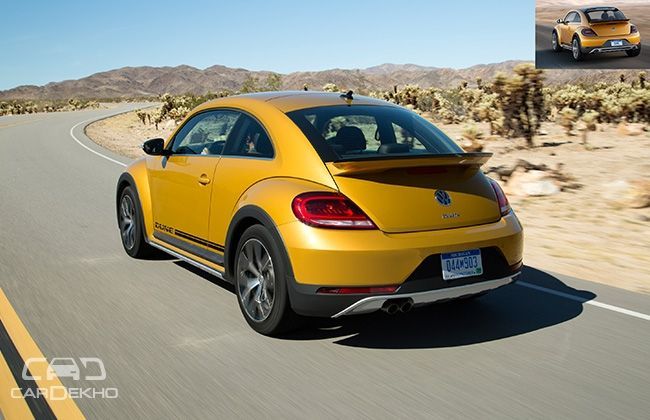 Design of Dune definitely makes it look different than the standard bug. All over the car, the off-road features can be spotted which make it look tough. Most prominent among them is the front bumper which houses slightly different air vents with fog lamps and indicators embedded in them. Also, there is an additional air intake just above the front bumper which adds to the tough look of the car. The headlights are also new with the projector unit surrounded by DRLs. On the side are DUNE graphics with all new alloys. Rear features a nice spoiler and skid plates on the bumper. 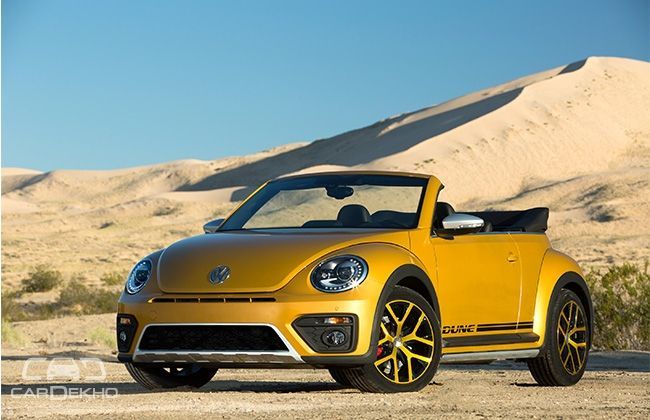 It takes a lot of inputs from the concept but  misses out on a few key points like the roof mounted rear spoiler and the tail light cluster with black and white inputs. At launch the Beetle Dune will be equipped with a 1.8-liter direct injection and turbocharged TSI four-cylinder engine, offering 170 horsepower and 184 pound-feet of torque, mated to a six-speed automatic transmission.

Inside the car, this same color scheme is followed in stitching and dashboard and the looks largely remain same to that of the concept and compliment the overall color dynamics. Steering wheel uses black piano finish rather than the concept's color accents. The Dune is fitted with a 6.3-inch screen which enables gesture controls like swiping and pinch-zooming. MIB II also features a proximity sensor, which detects when a hand is nearby and automatically switches its display to allow easier selection of specific features. Beetle also has functions like USB and Bluetooth connectivity along with a rear view camera and the Park Distance Control System to assist the driver. 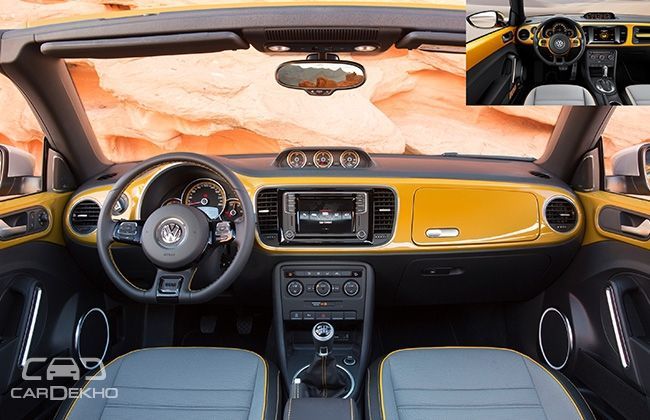